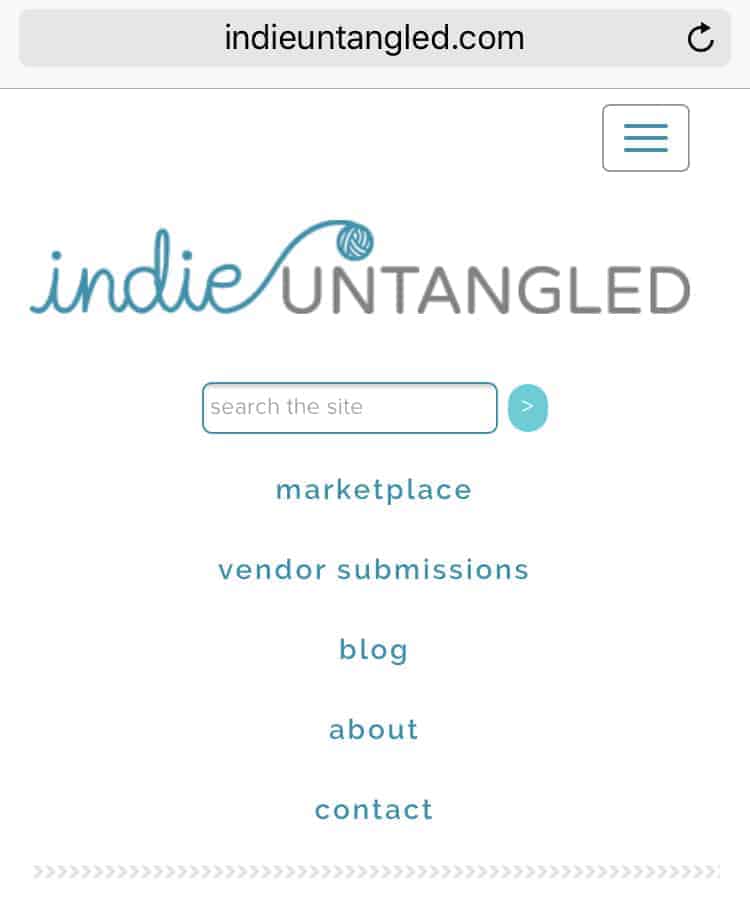 If you check out Indie Untangled on your phone or tablet, you may notice that it looks a little different — in a good way.

Back in 2013, when I came up with the idea for this site, web development was changing rapidly. I decided that Indie Untangled didn’t need a mobile version, since I preferred the desktop version to a lot of the mobile sites I had seen. However, I soon realized that was a big mistake. So I decided that once Indie Untangled was up and running, I would eventually reinvest in responsive design.

The story behind the redesign is a kind of a nice It’s a Small Knitting World story. When I decided I was ready to create a mobile site, I learned the original company I worked with, Aeolidia, was only doing complete projects. After a developer they referred me to ended up being booked solid for the next several months, I randomly decided to Google “knitter web developer.” The first site to come up was that of Laura Birek, a knitting designer and writer… who also happened to be a web developer with an expertise in responsive design and WordPress! Score!

Laura spend the last week or so making the site responsive, and also added some extras, like a button with a link to the Indie Untangled Instagram feed. I’m thrilled with the new design and I hope it makes things easier for those of you who, like me, do a lot of yarn shopping via phone or tablet.

Also, thanks to all of the artisans, yarn club members, trunk show attendees and those of you who have purchased yarn and other products from me in the last few years for supporting Indie Untangled and helping to make this redesign possible!