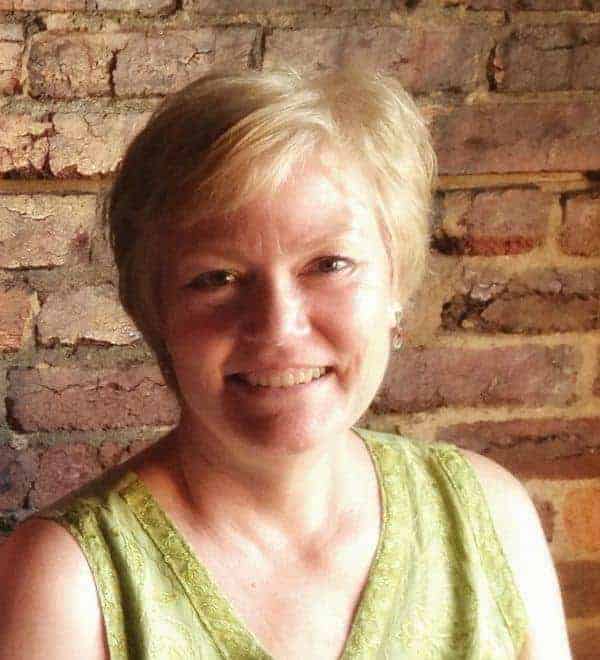 This is the second in a series of interviews with the fabulous sponsors of the 2015 Rhinebeck Trunk Show.

I think it’s safe to say that using any kind of yarn would make a knitter feel good, but Laurie Gonyea of Feel Good Yarn Company has created something particularly unique.

A few years ago, the Washington, DC, resident discovered a yarn spun with silver produced by a company in Turkey. She at first thought about importing it, but instead decided to see if it could be created with American-sourced fiber. Laurie — who was running a company called Knit Outta the Box, which sold “emergency” knitting kits to gift shops and other places — got in touch with the staff at North Carolina State University’s College of Textiles (which has a spinning lab — how cool is that?!) and they worked to develop a yarn made with cotton grown in North Carolina and spun with a small percentage of silver filaments, also made in the USA. Many say silver has healing properties for people with arthritis and diabetes, hence the company’s name. These aren’t FDA-approved claims, of course, but silver’s conductive properties also make it useful for swiping smartphone touchscreens, and Laurie’s Texting Mittens are popular.

How did you come up with the idea to develop yarn spun with silver?

The idea of spinning fibers with precious metals is a very old one — they have been doing it since the time of the Sultans — so I didn’t come up with the concept. What I did come up with though, was the idea to develop and produce a yarn spun with silver using only American sourced fibers and spun entirely in the USA. I worked with the Spin Lab at North Carolina State University to develop my yarn and to this day they are still spinning it for me. 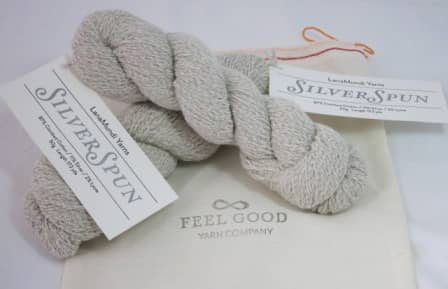 I understand you’re collaborating with indie dyers on SilverSpun colors. Can you talk about what’s in the works?

Alice O’Reilly, from Backyard Fiberworks, does all of our hand dyeing. She has an amazing sense of color, and every colorway she has come up with has just been stunning. Initially, we worked together on just exclusive colorways, but now she is dyeing all of our “repeatable” colors in our SilverSpun Sock.

Are there any challenges that come with dyeing yarn that contains silver?

This is really a question that should be asked of Alice, since I am not a dyer, but from what I can tell, really the only issue is that because the yarn is cotton it shrinks quite a bit (7%-12%) the first time it is submerged. Consequently, when I put up skeins for her to dye I add 10% to the length just to make sure that the skeins are not short yardage-wise.

The silver in the yarn doesn’t accept the dye, so all of our dyed (and natural) yarns have a slight sparkle to them.

What colors would you love to see your yarn in?

I’m already seeing them! Alice has come up with some stunners! We did a Summer Sock Club this summer and all of the colors had a “summery” theme — Sea Glass, Nectarine Dream and Watermelon Crush. I think to date, though, my favorite has been Razzelberry, a mixture of berry colors. It was gorgeous! 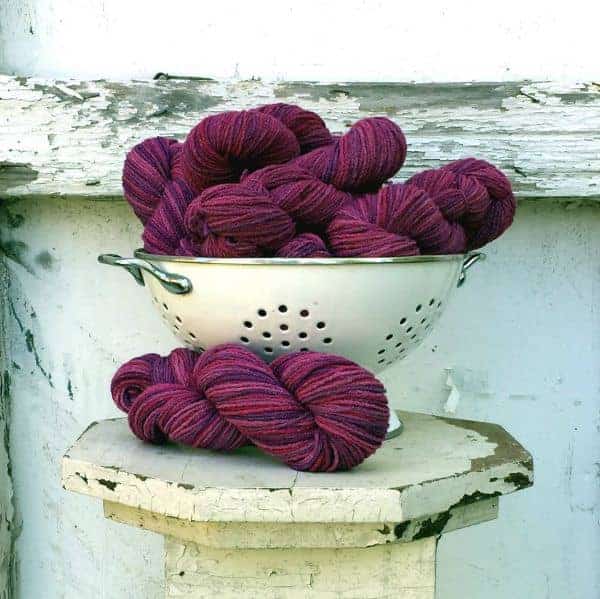 I was 6 years old and my mother taught me. 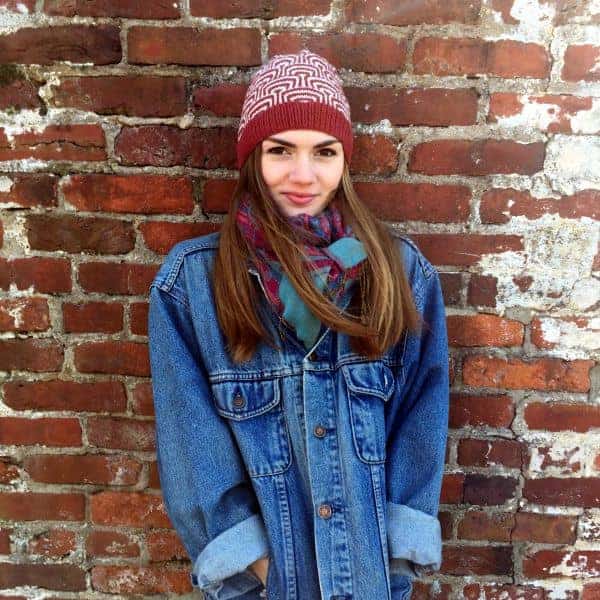 What are the inspirations behind your pattern designs?

I really don’t do a lot of designing these days — running Feel Good Yarn Co. keeps me pretty busy — but I did release a pattern last fall called the Pompeii Hat that was inspired by the beautiful mosaics that I saw in Pompeii, Italy. The hat is knit using the mosaic technique, so I thought the name fit perfectly.

Knit Outta the Box was my first company that I started in 2008. It is no longer around except for a few patterns that we sell online. When I first started KOTB I was talking to an old high school friend that ran a very successful company and he told me to try and work out of my house for as long as I could. He said renting office/warehouse space was very expensive and if I could prevent from having to deal with the overhead cost of rent, I would be able to put more money into my pocket. FYI — I’m still working out of my home studio and totally making it work!