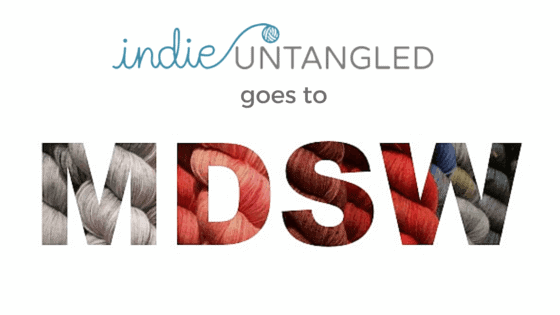 I was already pretty excited about experiencing my first Maryland Sheep & Wool Festival when I decided earlier this year that I was going to clear my calendar and make the trip down. I was looking forward to spending a relaxing weekend hosted by Vicki, AKA That Clever Clementine, showing off my newest shawls and sleeveless knit tops, perhaps buying a few skeins. But when Heather first emailed me in February about the indie pop-up she was putting together at The Knot House, her shop in Frederick, MD, I knew my budget would be in trouble. The vendor list was pretty incredible, with several dyers from this site: Duck Duck Wool, French Market Fibers, Lakes Yarn and Fiber, Magpie Fibers and Western Sky Knits, as well as O-Wool and YOTH Yarns.

Leaving Friday morning, I hitched a ride with my friends Lynn and Stefanie and we arrived in Frederick around 4 p.m., an hour before the shop opened for the pop-up preview. Vicki, who was selling her bags and yarn bowls, was already inside setting up and we waited patiently on the sidewalk, happily knitting away on our respective projects and talking yarn with the one woman who made it there before us.

The line got a little longer as we waited, but the crowd was just the right size: big enough to classify this as a fiber Event, but allowing enough space to comfortably shop. 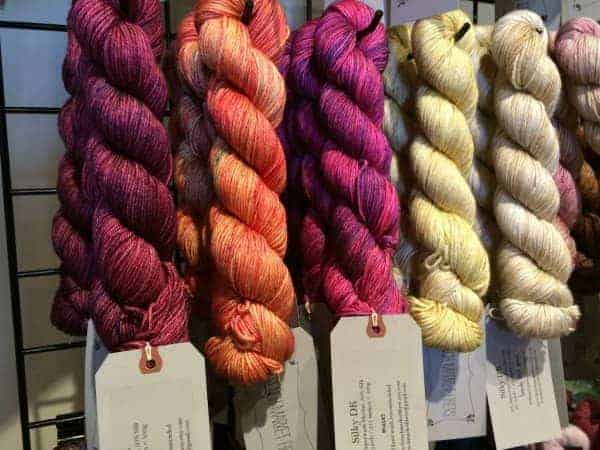 French Market Fibers was my first stop. As a stay-at-home mom, Margaret has limited time to dye, and her Etsy updates tend to sell out faster than it takes me to decide what I want. Here, I had the luxury of taking everything in and figuring out what I had to have (um, all of it) before claiming two skeins of Gelato in Warehouse Sock and one Midnight on the Moonwalk Uptown Sock. 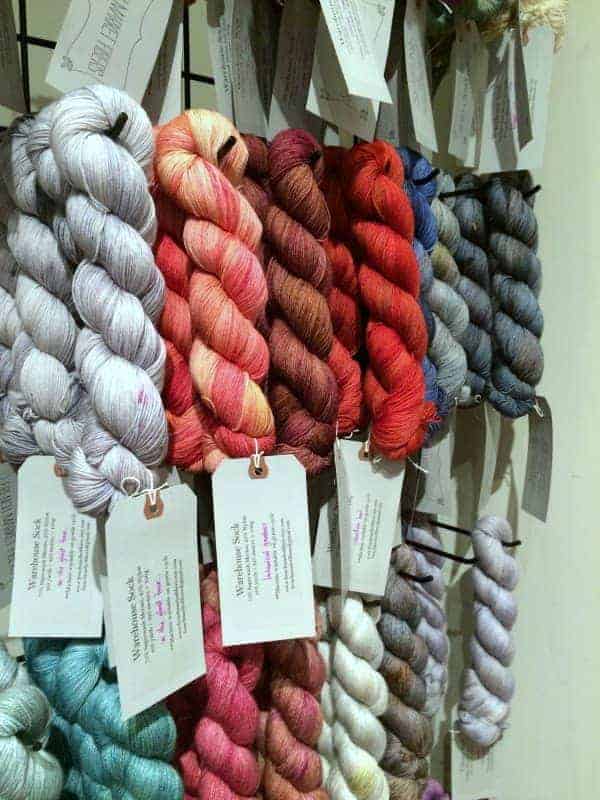 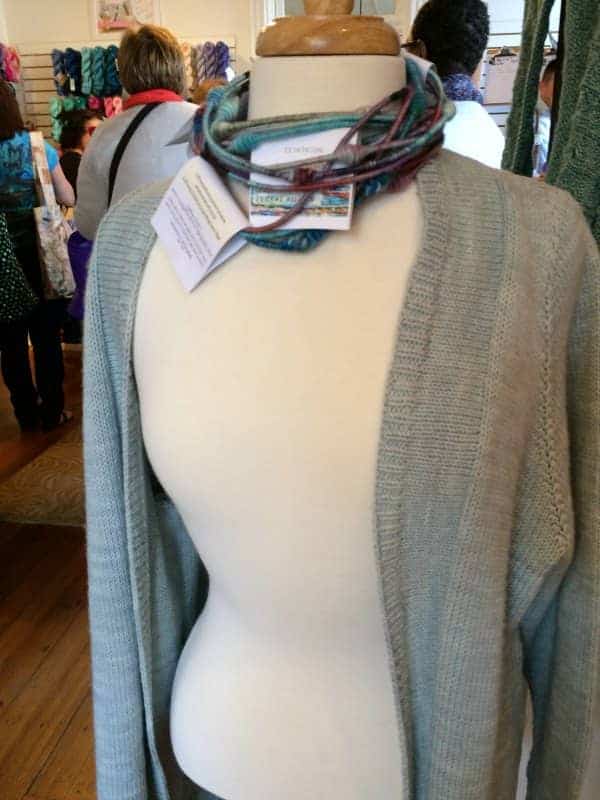 I got to see Alicia Plummer’s new cardigan, Thereafter, which uses Lakes Yarn and Fiber’s Lochsa DK, available as a kit in Ami’s Etsy shop. 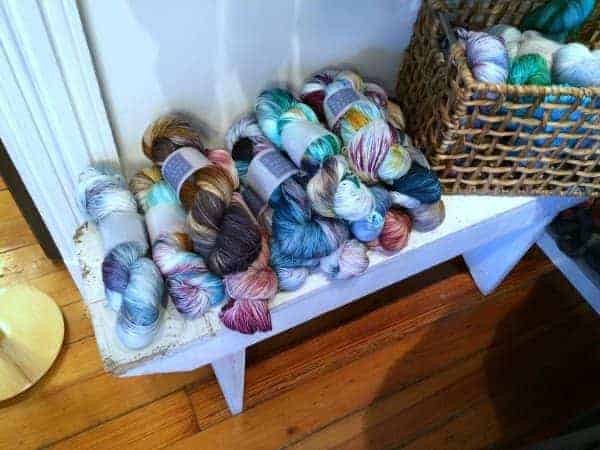 I also admired some of Ami’s recent variegated skeins. She had mentioned when I interviewed her last year that she found dyeing them challenging, but you wouldn’t know it from the results. 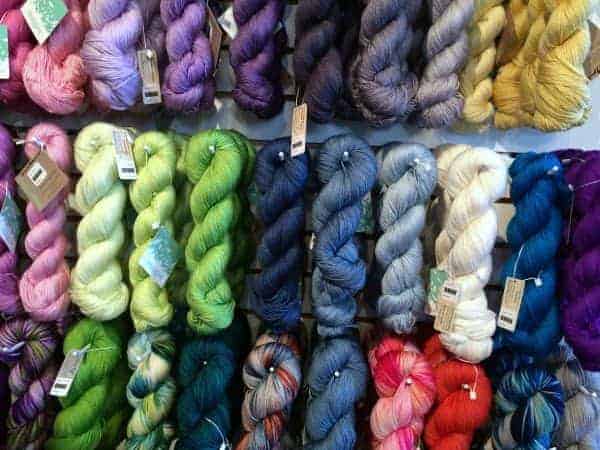 I was very excited to finally meet Dami of Magpie Fibers, who posted to Indie Untangled shortly after launching her line at The Knot House in December. I knew from the photos she posted that she had beautiful colors, but seeing them in person was another story. Instead of creating individual colorways, Dami dyes in a gradient, so it was very easy to find colors that complemented one another. 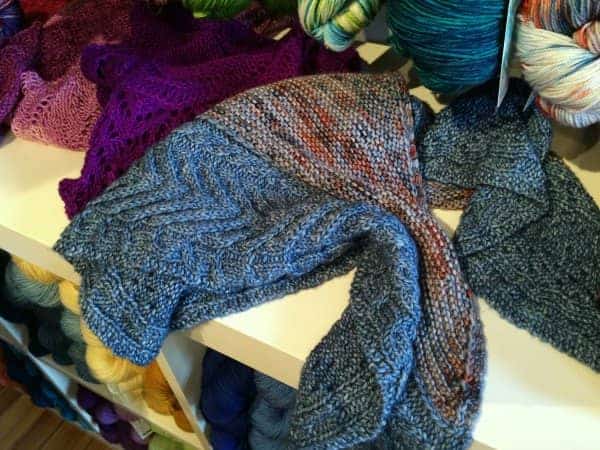 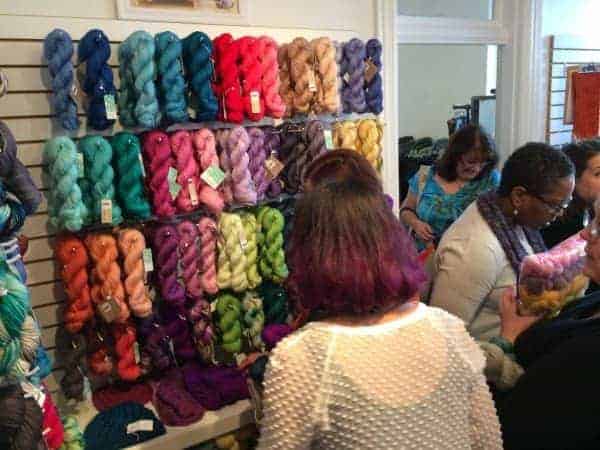 In person, Dami was just as lovely as her yarns — with great hair to match. 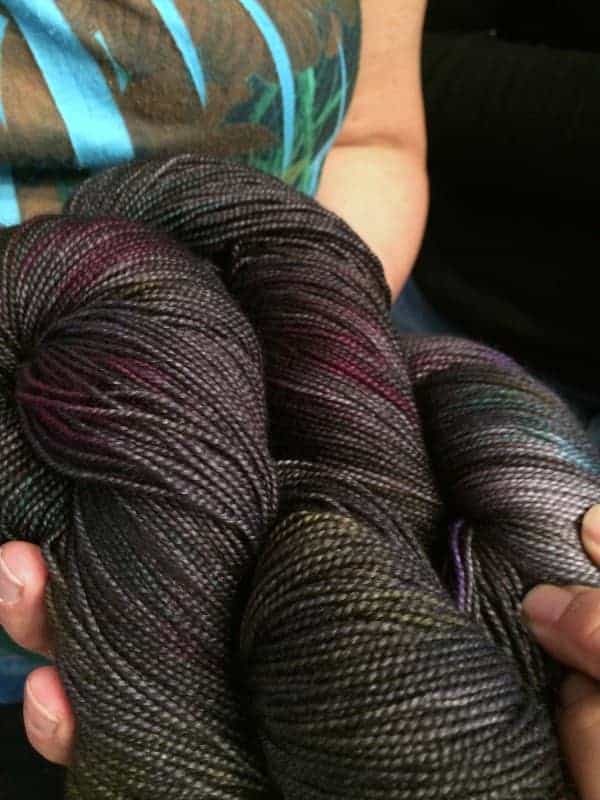 Sandra of Duck Duck Wool was popular, of course. I finally snagged a skein of her Night Bokeh colorway that went so fast at last year’s Rhinebeck Trunk Show, and admired her newest “accident,” Little Black Knit. 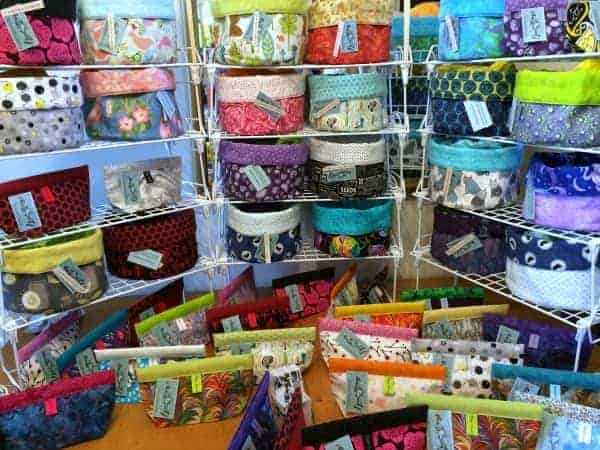 Vicki also had a ton of beautiful stuff. I could always use a new project bag, but I held off on buying since I’m already collaborating with her on a couple of things…

The Knot House was so inviting, housed in a beautiful historic building with a ton of natural light streaming in through the big front windows. Heather and her mom, Cathy, have created a wonderful business with a drool-worthy selection of indies, and it’s definitely worth a visit if you happen to be nearby (Frederick is also a cute, walkable town with some cool-looking shops).

Then, of course, there was the festival itself. There were definitely some pros and cons. The pros? Since there’s a suggested donation instead of an admission fee, it was easy to stroll in and make a beeline for Jennie the Potter, where the line for limited-edition mugs wasn’t quite as long as it is at Rhinebeck. My friends and I even got to her booth 25 minutes after it opened and were still able to snag some of the last ones. 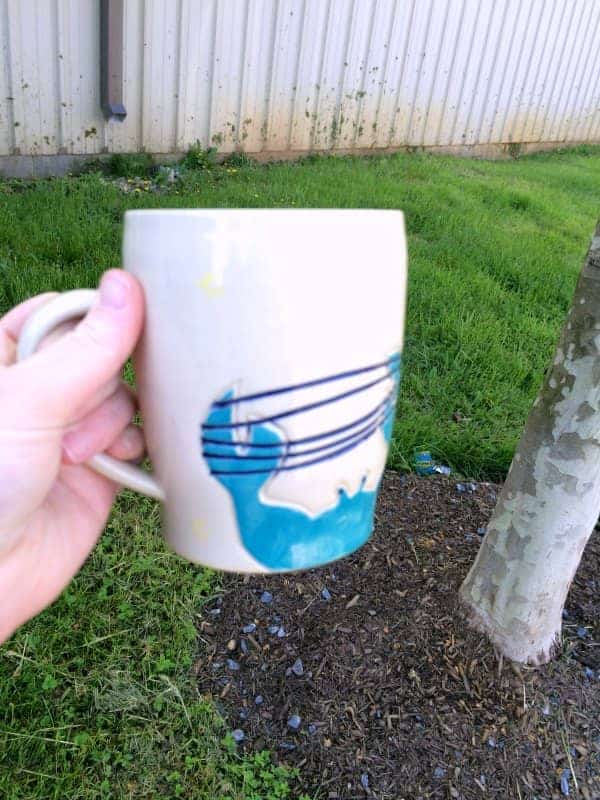 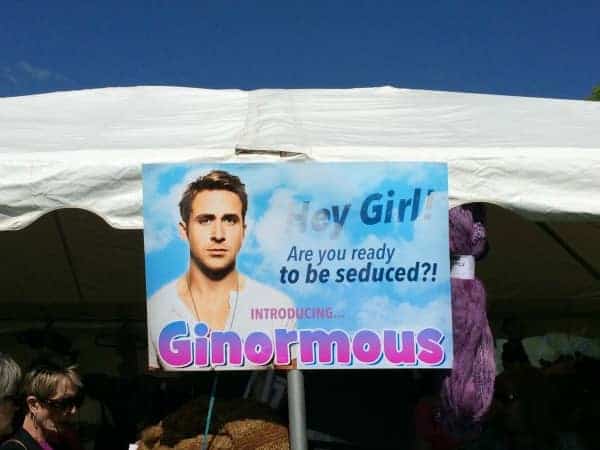 There was also this sign, which I think everyone took a photo of. Well played. 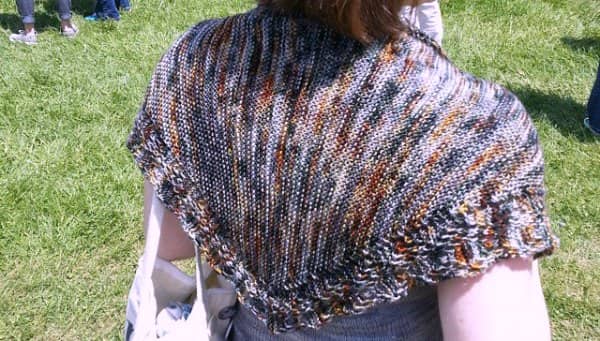 The main con was that since MDSW tends to take place on the first warm weekend of spring, knitwear was a little tough to to pull off. My Urban was fine in the morning, but by the afternoon I was quite toasty (next time I’ll wear a T-shirt). I was able to show off my Night’s Watch shawl by the talented Lara Smoot — who I also finally got to meet! — but between the heat and the limited shade, I was fried a lot sooner than I am at Rhinebeck. But, overall, I enjoyed what felt like a more laid-back version of the New York festival. It gave me an opportunity to just relax and enjoy time with friends and not feel too much pressure to add to my stash… 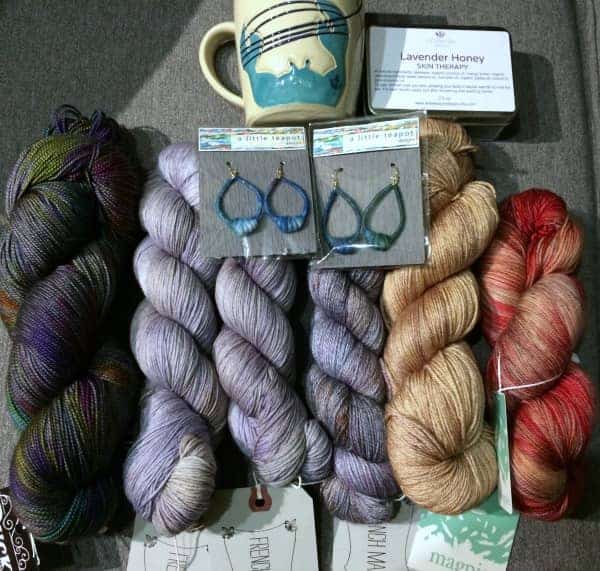 But I did, of course. Here’s the haul, which aside from the Duck Duck Wool, French Market Fibers, Magpie and Jennie the Potter, includes handspun earrings and a Lotion Baah from Anne of A Little Teapot Designs, who scored a spot in the festival a few weeks ago.

4 thoughts on “Shopping indie in Maryland”