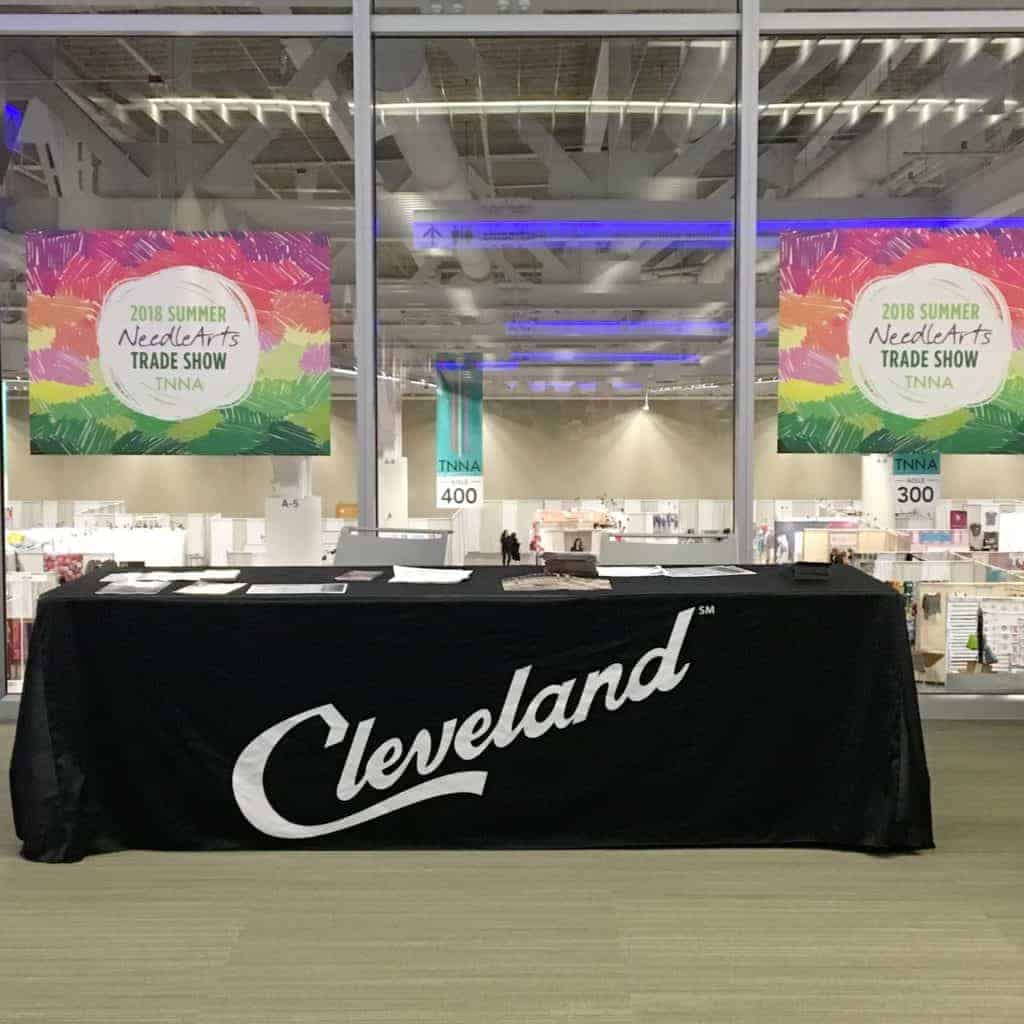 TNNA, or The National Needlearts Assocation’s summer trade show, hadn’t originally been on my calendar. Though I did have some FOMO with last year’s show (at its usual location in Columbus, Ohio, home of the knitter-approved Jeni’s ice cream) I heard that a lot of people were skipping the 2018 summer show in Cleveland because of an increase in membership dues. But Bronwyn, AKA the designer Casapinka, convinced me to attend and be her roommate, and my husband had really enjoyed Cleveland when he visited a couple years ago, so I booked my flight and packed some business cards. 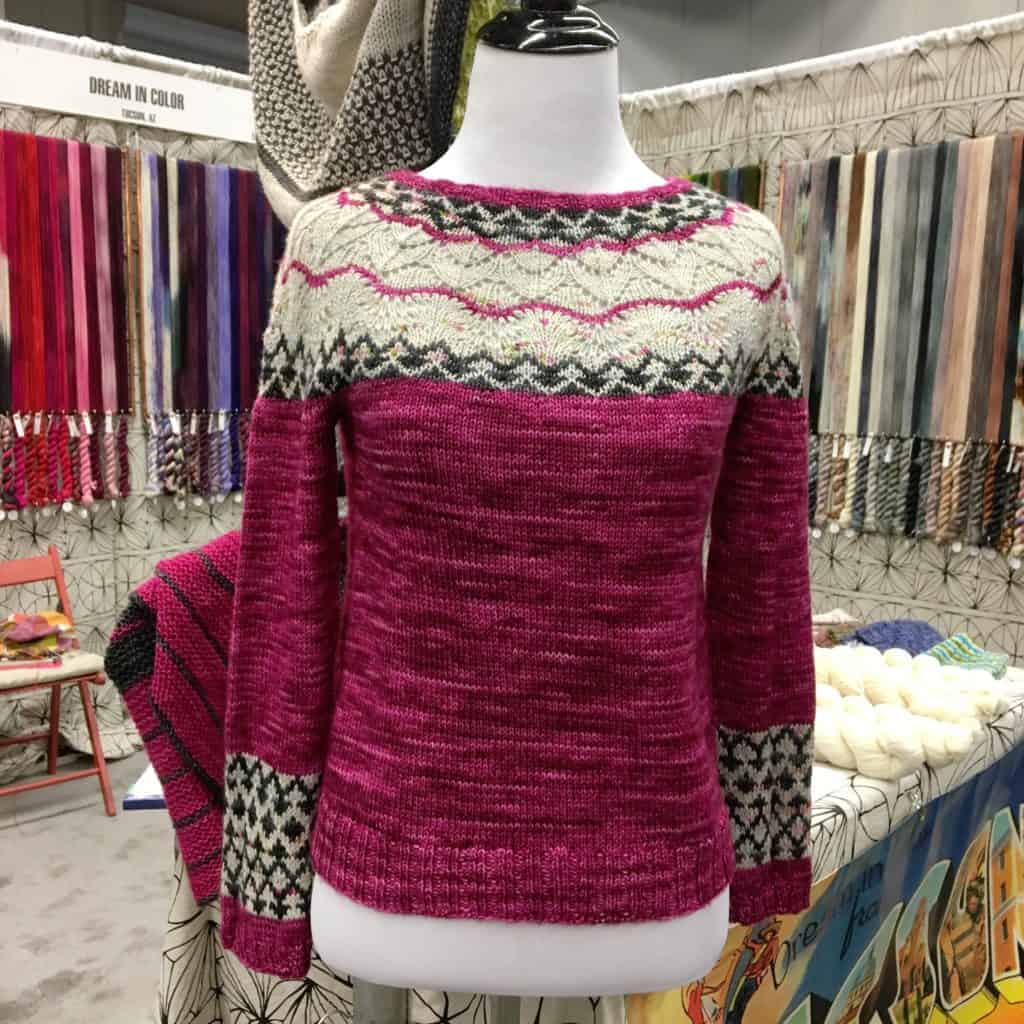 Casapinka’s soon-to-be-released Acoma sweater in the Dream In Color booth.

Whereas at the show in Washington, DC, I only went on the show floor, this time I got the full TNNA experience, attending the opening night fashion show, where companies showed off the newest designs in their yarns — Acoma, Casapinka’s soon-to-be-released sweater, knit with Dream In Color Smooshy With Cashmere, was a highlight and is getting on my needles as soon as it’s published — and Sample IT!, an Indie-Untangled-at-Rhinebeck-like shopping frenzy where shop owners buy kits to make samples of the products they plan to carry. 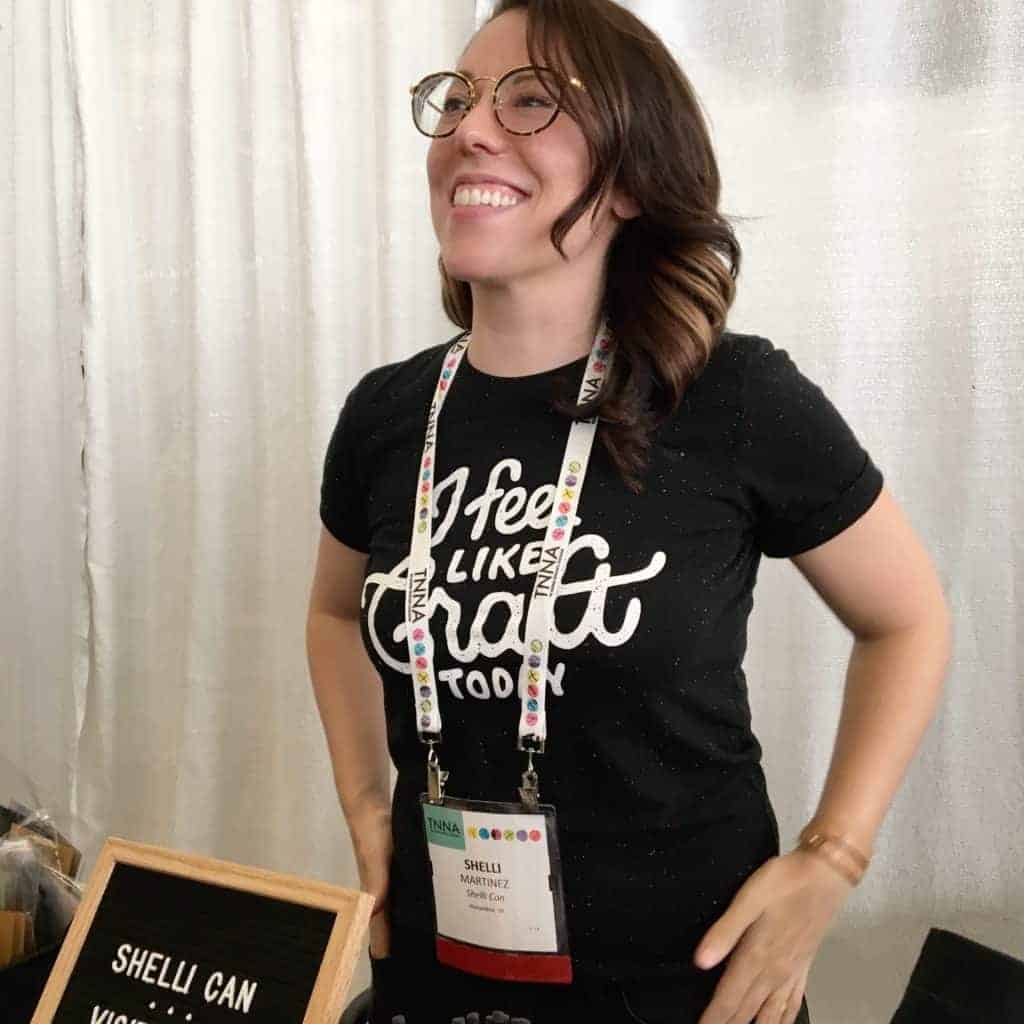 Shelli Martinez, who’s behind the brilliant enamel pins and T-shirts of ShelliCan.

The major buzz around the show was the sharp decrease in attendance, as many shop owners, designers and others in the industry had decided not to pay the higher dues. On the flip side, over the last few years there has been an increase in the number of indie dyers attending the show to build the wholesale side of their businesses, and there were even a few dyers who only sell wholesale. It created an interesting dynamic and a lot of the shop owners I spoke with were excited to find unique products that they could introduce to their customers. 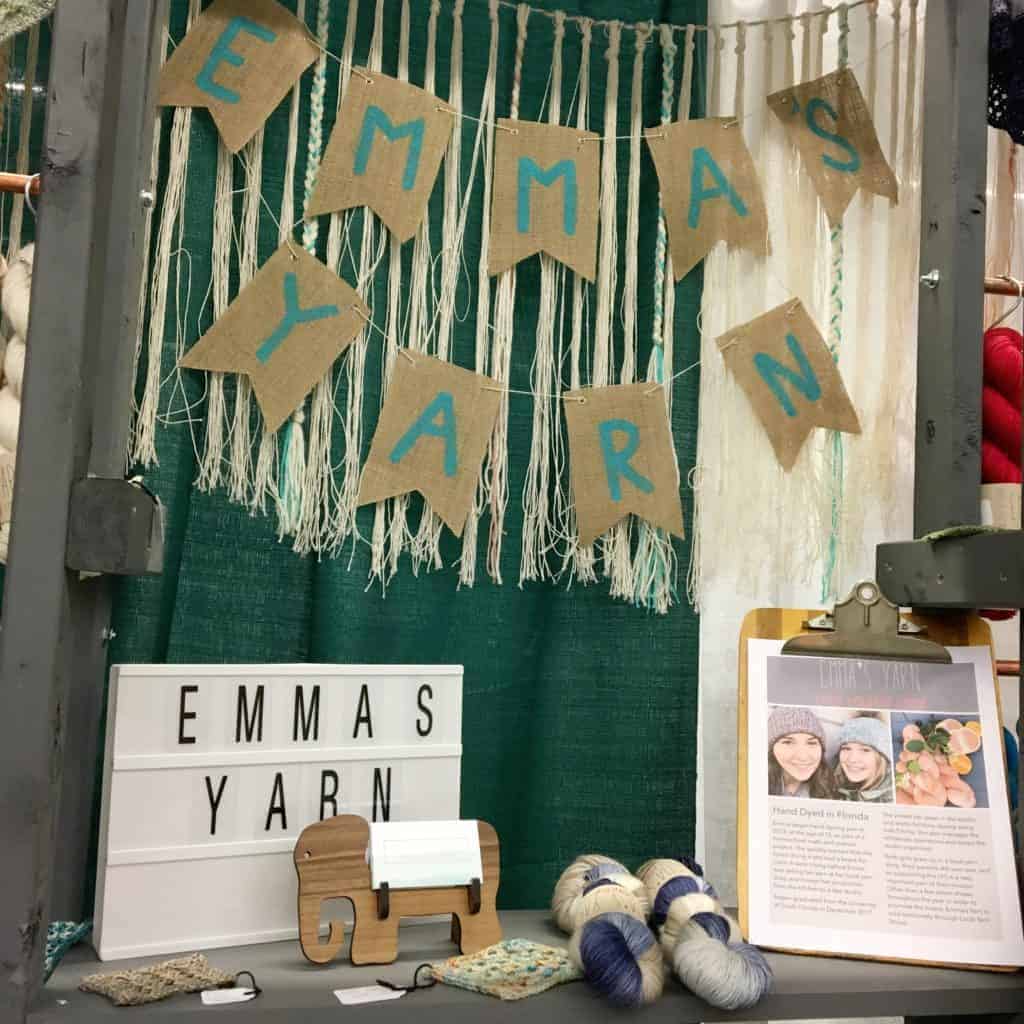 One of my favorite discoveries was Emma’s Yarn, which has a great background story: it’s run by 16-year-old dyer Emma Galati and her older sister, Aspen, who just graduated college (their parents own the Four Purls Yarn Shop in Winter Haven, Florida) and the business is part of Emma’s home schooling curriculum. Emma and Aspen currently only sell wholesale to yarn shops, or do trunk shows and events, so if you like what you see you might want to ask your LYS to look into hosting them.

mYak, which also has a similar fair trade ethos, sourcing yak fiber and Cashmere from a Tibetan cooperative of nomadic herders, was also at the show and a lot of yarn shops were excited about their designs from Justyna Lorkowska and Michele Wang. 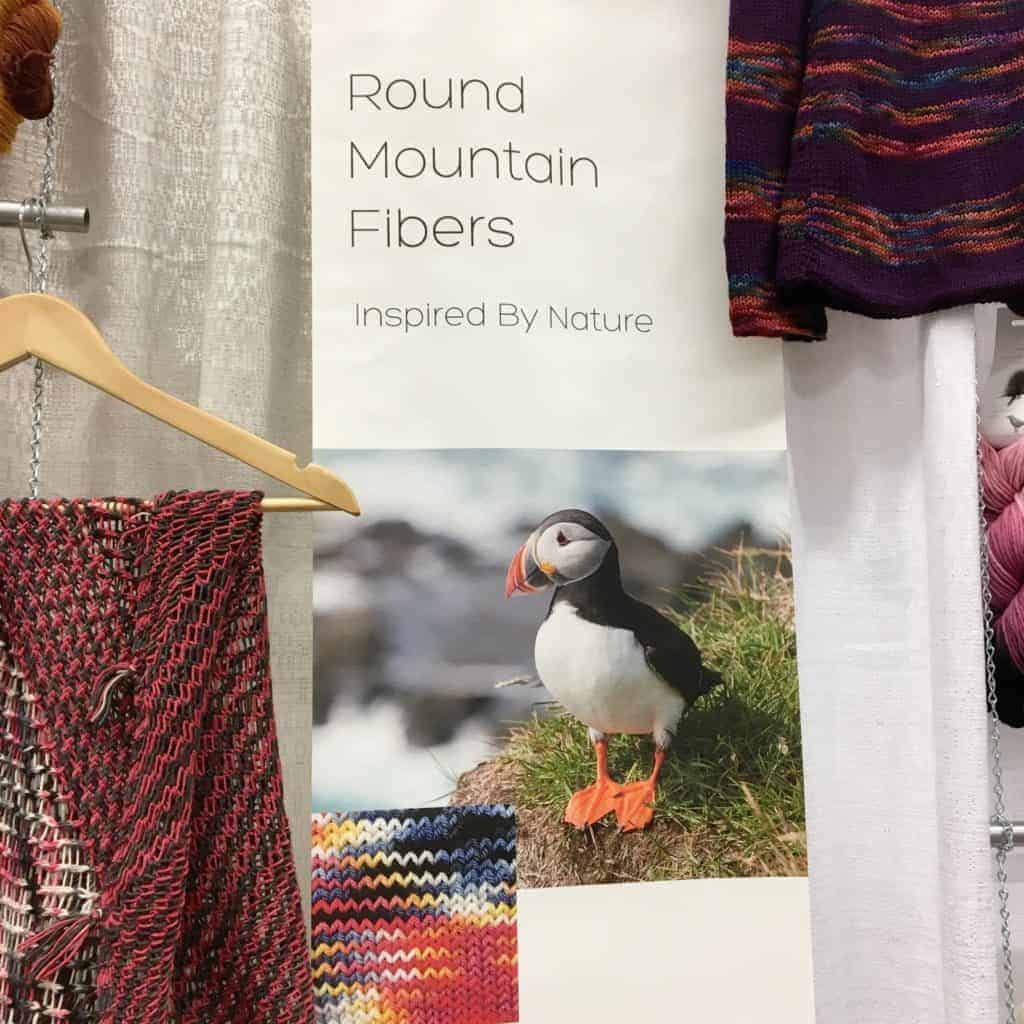 Among the other indies, Twisted Owl Fiber Studio was showing off new Batman colorways. I also was excited to discover Round Mountain Fibers. The Vermont-based company’s nature-inspired colors are pretty much available only at yarn shops, but they do have an online store that offers seconds at 50% off the retail price (you may also see a Knitting Our National Parks colorway from them in the near future…). 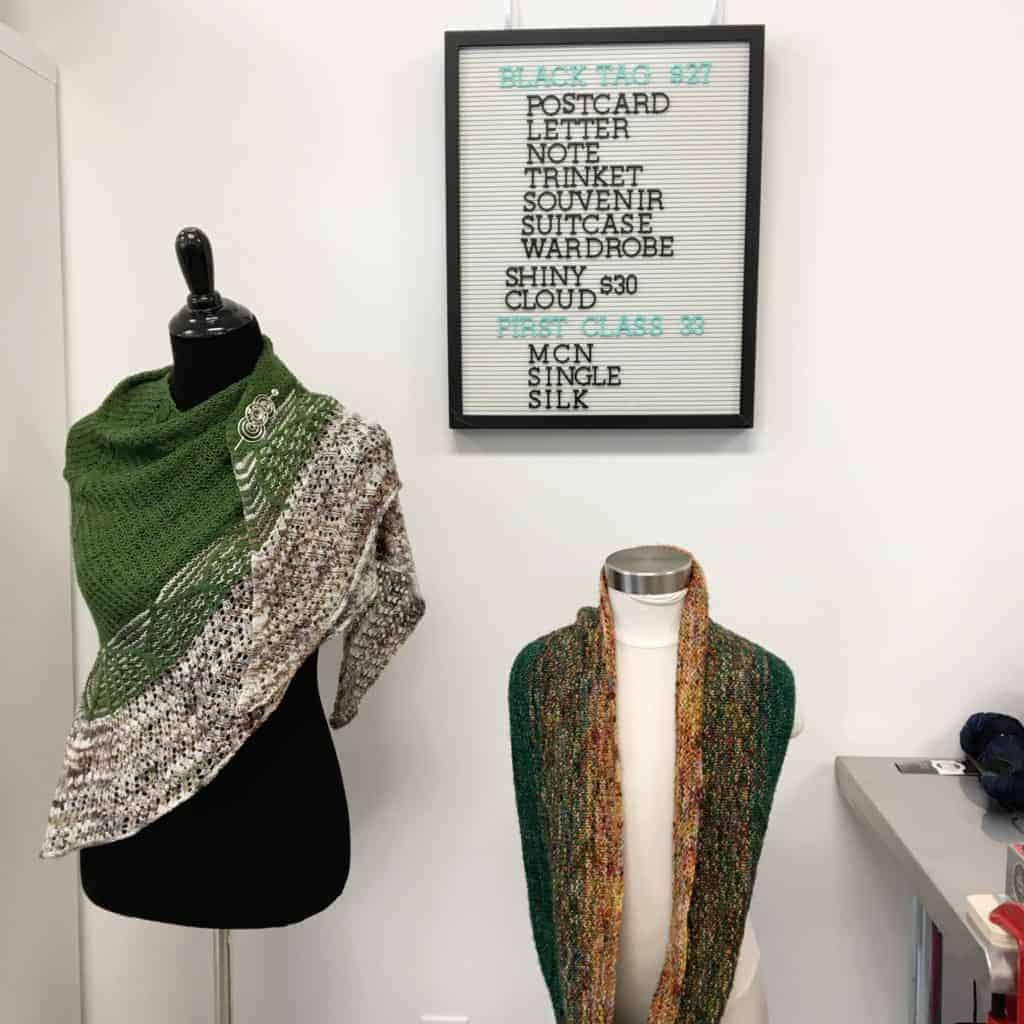 Of course, what would a knitting event be without some sort of offshoot indie event? Jeanne of Destination Yarn came through with an open house at her gorgeous Cleveland studio. 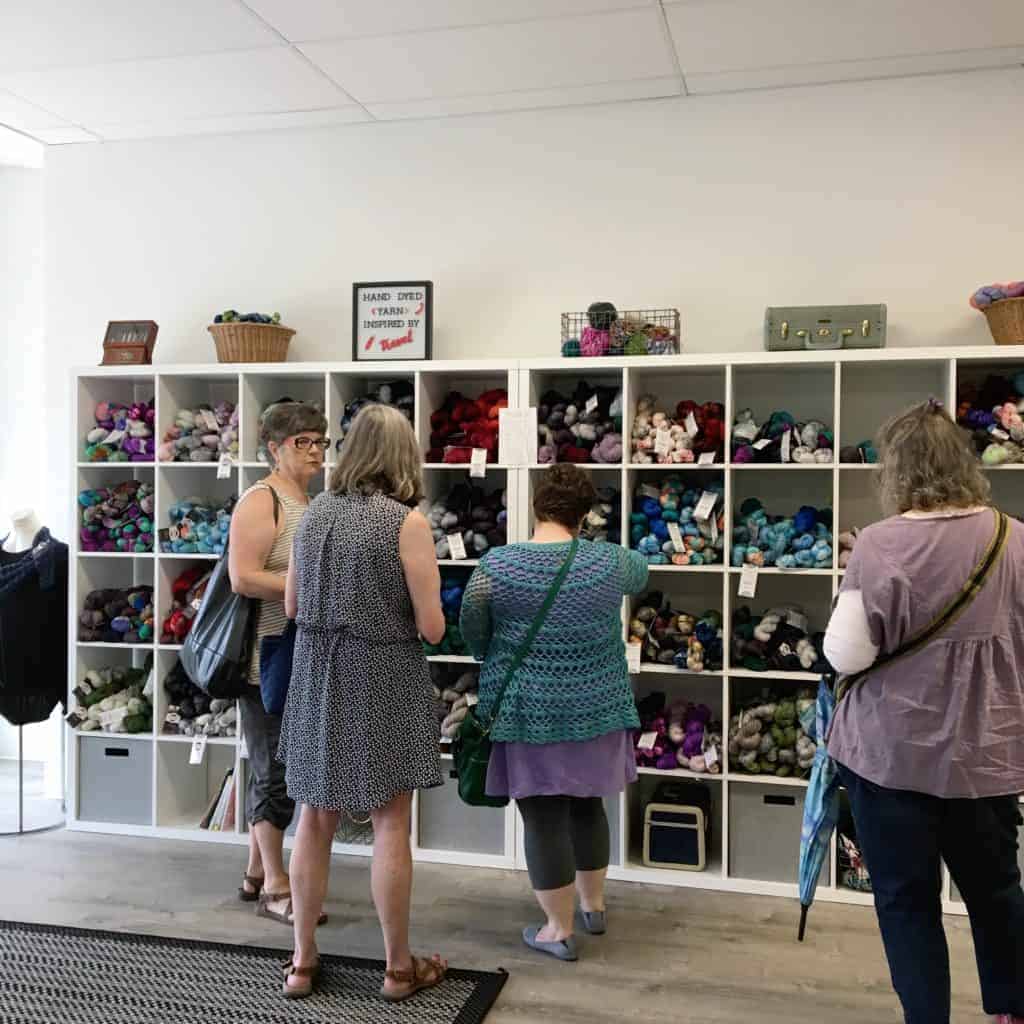 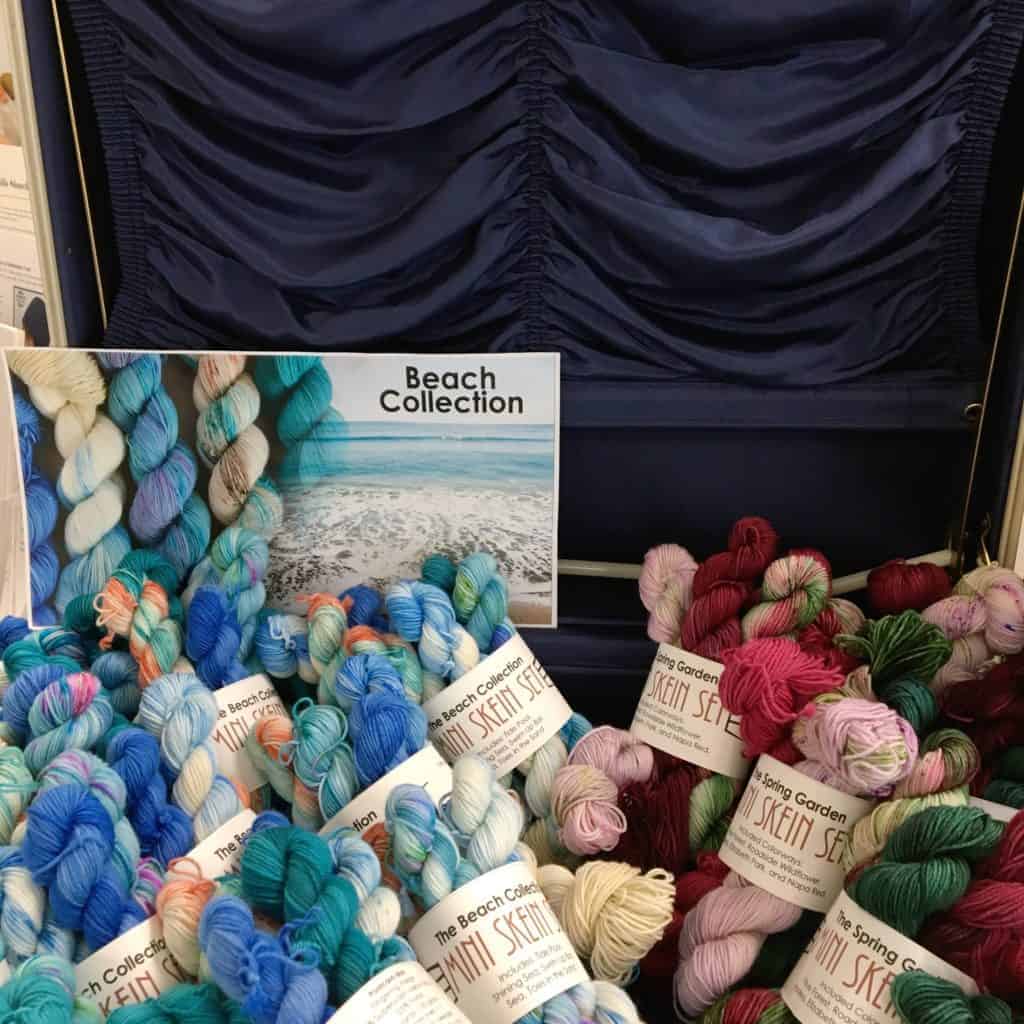 There were TNNA attendees and non-industry knitters browsing the shelves of colorways inspired by travel, with clever base names like Postcard, Letter and Souvenir.

Overall, it was a productive trip, and you should see the ideas that were generated from it in the coming months…