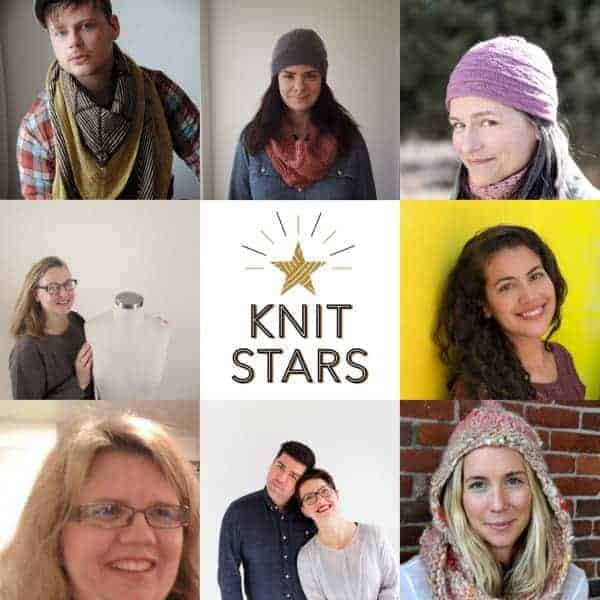 Something very exciting is happening in the knitting world in October — and, believe it or not, I don’t mean Rhinebeck.

About a month ago, someone in my knitting group told me about Knit Stars, an online summit with classes from Stephen West, Hannah Fettig, Rosemary “Romi” Hill, Meghan Fernandes of Pom Pom Quarterly and many other members of the “knitterati.” The idea behind the summit, which runs from October 10 to 21, is to provide access to top-tier instruction without the expense of travel. You’re also able to watch the classes whenever you have time, even after the summit ends.

Along with the videos, Knit Stars includes the ability to snag yarn in exclusive colorways from several indie dyers, including The Uncommon Thread and Julie Asselin, who is also filming a class. It’s a great way to gather with the knitting community if you’re not headed to New York in a couple of weeks, or a nice instructional supplement to the yarn-buying and cider donut-eating you’ll be doing at Rhinebeck. Enrollment in Knit Stars reopens on Friday, so head here to sign up by Oct. 6.

I thought Knit Stars was such a cool idea and immediately reached out to the creator, Shelley Brander to learn a little more. Shelley also owns Loops, a bricks-and-mortar and online yarn shop in Tulsa, Oklahoma, as well as a branding company with her husband.

Tell me how the idea for Knit Stars came about.

My Knit Stars partner, Ashley, approached me at an online marketing conference. She had created the Modern Calligraphy Summit which was a tremendous success in the calligraphy space, and she asked if I’d like to collaborate. I loved the idea of bringing such a new, fresh platform to the yarn world – and enabling people around the world to come together and access the knowledge of the top Knit Stars.

How did you decide which instructors to include?

We considered many factors, including areas of expertise, teaching style, personality, and social media presence. We wanted a blend of the widely known (like Stephen West) and up-and-comers (like Julie and Jeff Asselin). Stephen travels and teaches a lot, but there are so many people who never have access to him. Hannah travels very little by choice, so it’s a really unique opportunity to have her teach in the Summit. Ultimately, I thought of the people I most love to hang out with and learn from at market and other industry events. The people I would invite to the ultimate yarn and cocktail party. 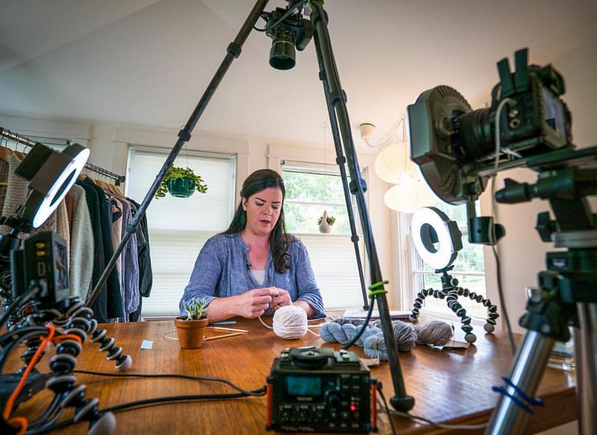 How does the video production work? Do you send crews to film the instructors, do they come to you, or do they create their own videos?

For the free pre-launch videos, we interviewed the instructors via Skype. But for the actual Summit content, we went to them, utilizing a professional video and editing crew. I have a 30-year background in branding and broadcast production, and I wanted this to be the highest possible quality. Our team delivered, big time! The result is beautiful, engaging instructional content, mixed with mini-movies that give you a peek into each Star’s world, lifestyle and inspiration.

What have been the biggest challenges in putting Knit Stars together?

It’s been so much fun, I’ve barely noticed the challenges! It has been a LOT of work but so gratifying to hear everyone’s positive comments. I’d say the biggest challenge has probably been educating people about this platform, because it’s completely new to our industry. It’s hard for people to believe that they could get nine Stars’ full workshops at this price, and we have to explain that they will own the classes forever, and be able to refer to them again and again – which is so critical when it comes to knitting instruction. You can attend an amazing in-person workshop but it’s hard to absorb everything in the moment. You need to be able to go back, pause, rewind… and practice.

Are you planning for this to be an annual event?

Based on the huge response thus far, I would say yes. I also believe that once Knit Stars enrollees see the quality and depth of the content and bonuses, the word is going to spread, and there will be lots of demand for more. 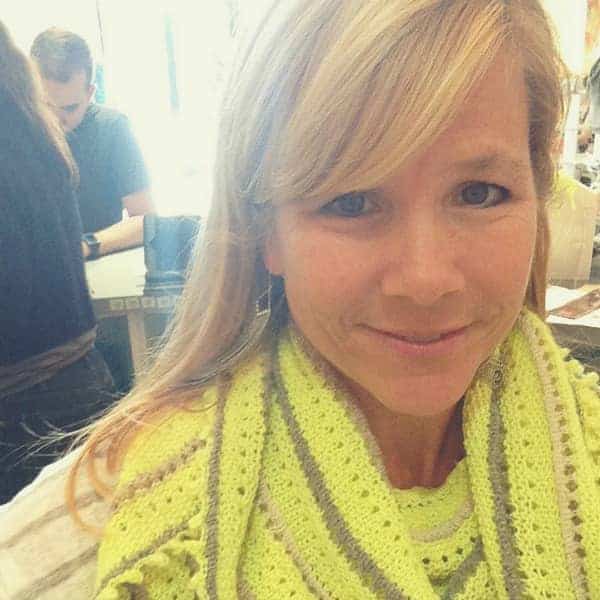 How do you juggle running Loops while also organizing Knit Stars?

One word: Coffee. No, seriously, I have a tremendous staff (we call them the Loops Troops) and Ashley has been spectacular to work with. She is the one putting the nuts and bolts of the actual Summit together.

Tell me about how you learned to knit.

I was 16 and my family took a car trip from Tulsa to the east coast. We stopped in to see a friend of my mom’s who owned a yarn shop in Charlotte, North Carolina. She put the needles in my hands, and taught me to cast on. From there, I spent the rest of the car trip making a cable sweater (with orangutan arms!). The rest is history.

Do you have a favorite FO?

Whatever I’m designing for LoopsClub is my favorite FO of the moment. I get the most compliments on the coral Andromeda poncho that I made years ago from Knit Collage Stargazer, a 100% silk with cool brass paillettes, so I wore it in the Knit Stars video. We’ve had so many requests for the pattern, we’re bringing the yarn back from the discontinued pile with Amy from Knit Collage, and offering kits on LoopsLove.com to Summit enrollees!