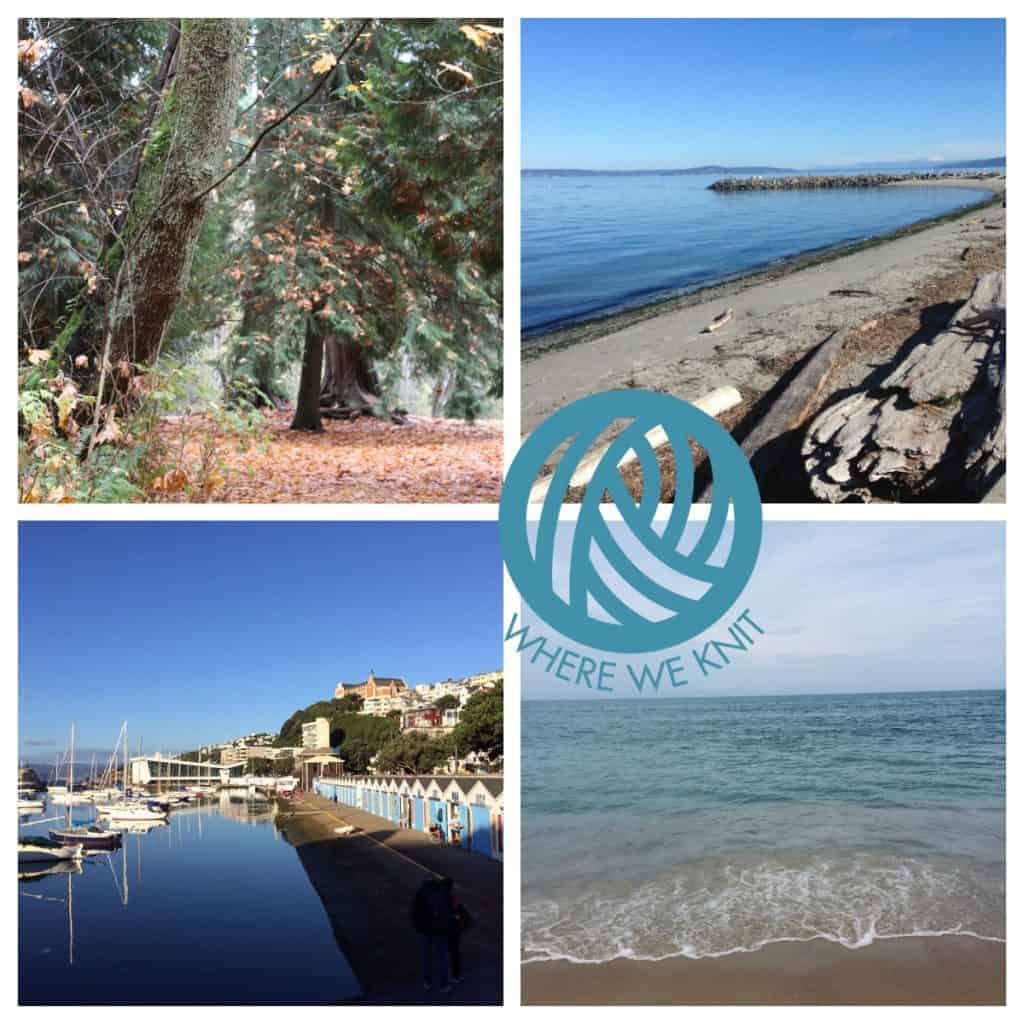 The third year of the Indie Untangled Where We Knit yarn club brings together four new indie dyer and designer teams from around the world. Each pair will create a colorway and an accompanying accessory pattern, drawing inspiration from various places where they whip out their works in progress. The club will start in February 2018. Every three months, you will receive one skein of hand-dyed yarn in an exclusive colorway, a PDF pattern that will be exclusive for three months and a special handmade gift based on the theme of each installment.

Here are the teams for 2018 (each of their inspiration photos are shown in the image above, clockwise starting from the top left):

Rugged Beauty: Jenny, who lives in south coastal British Columbia, gets to glimpse the change of seasons in the northern Pacific Northwest from this park just outside her front door. Jenny’s design, and Colorado-based Nicole’s rustic chic colorway, will mirror evergreens being taken over by autumn foliage.

May
Pandia’s Jewels and C.C. Almon

Cool Off: In the heat of August, Dyer Aimee and Caitlin find there are only two options when vacationing in Outer Banks, North Carolina (Aimee) or on the rocky Oregon Coast (Caitlin): float in the ocean or sit on the beach knitting and dream of cooler weather.

The Sea Down Under: The final installment of Where We Knit moves to the other side of the world. Amy is a Kiwi now living in Melbourne, Australia, and takes inspiration from Wellington Harbour in New Zealand, where she once had a partial view of the water from her favorite knitting spot, and where Nikki creates her sea-inspired colorways.

Packages will ship out approximately the first week of each month.

Sign-ups are now closed. Click here to be placed on a waiting list and you’ll be contacted if there is space available.