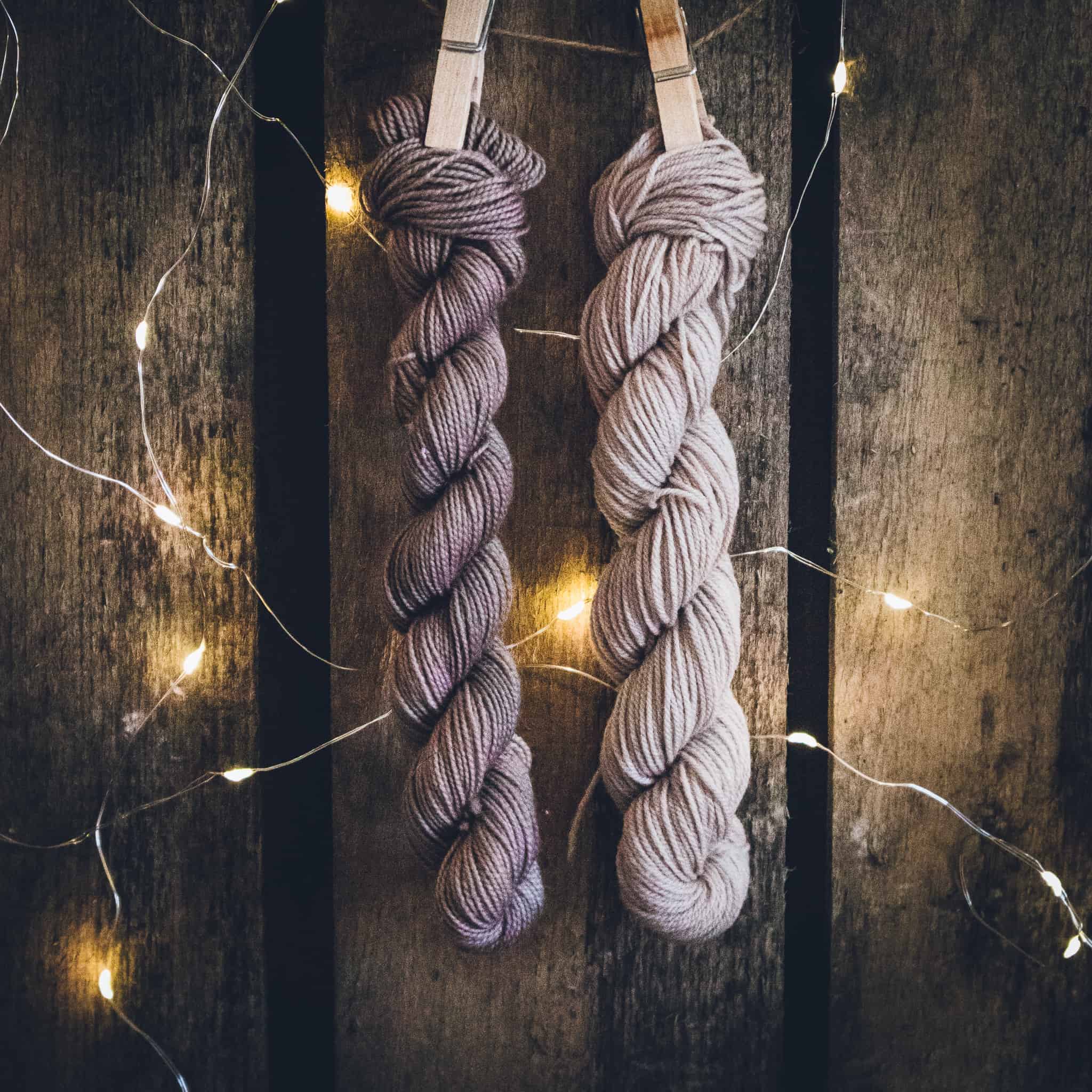 Superwash and non-Superwash yarns, what’s the difference? After all, aren’t they both wool? In my view as a knitter and a natural dyer, they are related in the way a horse, and the Emerald City’s Horse of a Different Color would be!

To understand, let’s look at the horse first, or in our case the raw wool! Sheep wool is made of natural fibrous proteins from the keratin group. The keratin is what gives yarn its flexibility, elasticity, resilience and memory. Each “hair” has a complex physical structure, and is made up of overlapping minuscule scales. The scales help repel dirt and allow the fibers to felt. In the case of some non-Superwash fibers, felting does not occur, as in down breeds. In their natural state, the fibers are coated with a waxy coat of lanolin which serves as a water repellent. During wool processing, the lanolin is removed.

Now, let’s look at the Horse of a Different Color, the Superwash. The most common treatment used to transform a yarn into “Superwash” is the Chlorine-Hercosett process. To etch the scales we talked about earlier, the fiber is chlorinated with either chlorine gas or a chlorine solution, followed by the application of a plastic resin to coat the fibers. The result is a yarn you can wash in the washing machine that will not felt.

Before I discuss the difference between the two types of yarn from a dyeing and a knitting perspective, I want to point out some of the negative environmental impacts of the Chlorine-Hercosett process. This process is not sustainable, it uses hazardous chemicals, and creates toxic waste. It uses more water and energy than traditionally processed wools, and the yarns, after they are transformed into garments or household products, shed microplastics during washing.

Because of the negative environmental impacts of the traditional Chlorine-Hercosett process, new processes have been developed to improve the washability of wool, and decrease felting. Among them, to name only a few, are the EXP process which does not use chlorine and instead uses natural salts as oxidizing agents, and the Naturetexx Plasma Process which uses air and electricity.

Now that I have said that, and that I am sure you are looking sadly at all the beautiful skeins of Superwash in your stash, you are wondering what to do. My answer is: use them! The resources and energy that were used to produce them have already been expended, and not using them would be a waste.

Body in the skein 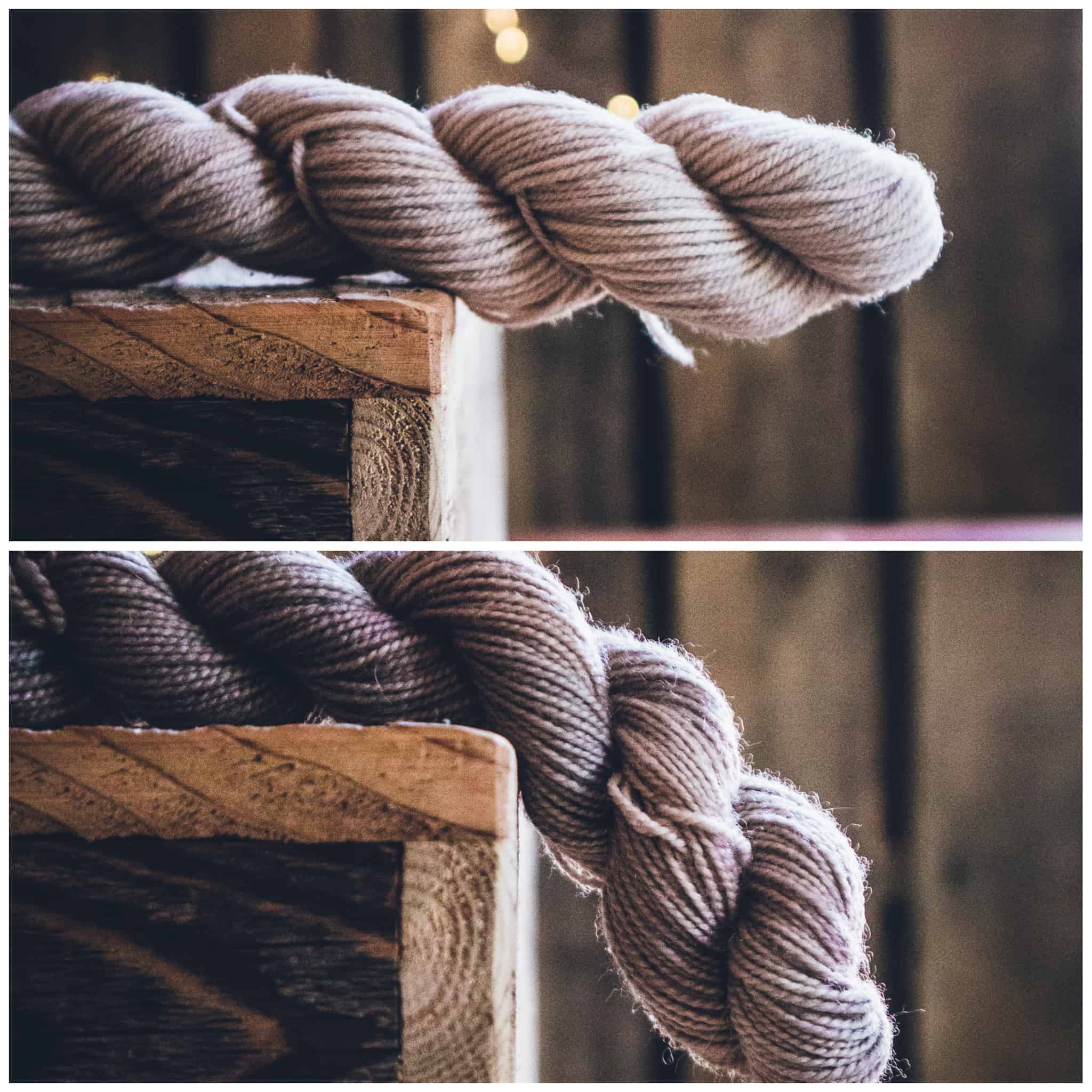 The difference in body between the two skeins is very apparent in the pictures below. The non-superwash skein which appears first has body, whereas the superwash clearly has not retained its natural structure. The yarn is flatter, and denser. 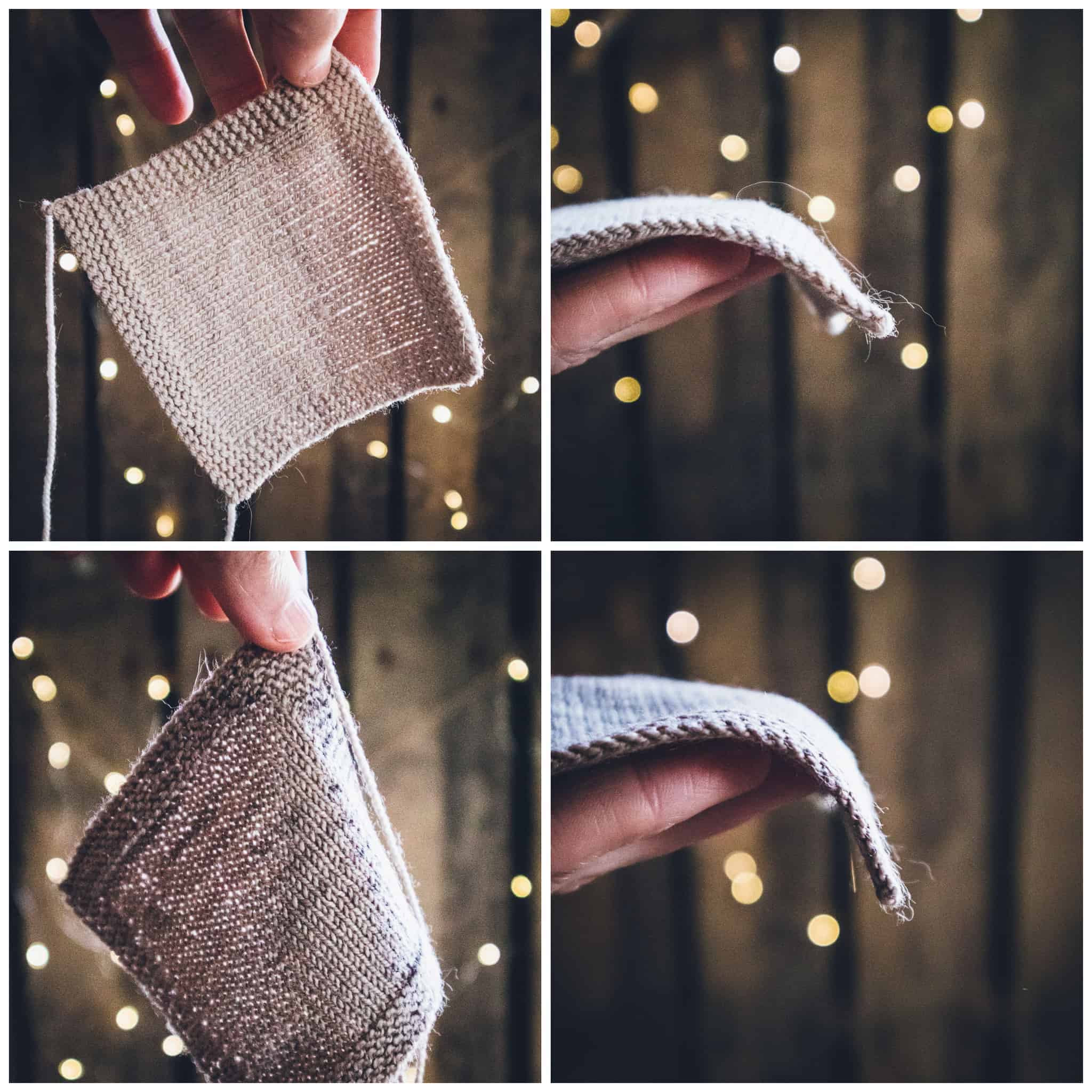 The difference in body translates into the drape. I knitted two identical swatches. The Superwash Merino drapes more than the non-Superwash, but is also more shapeless. 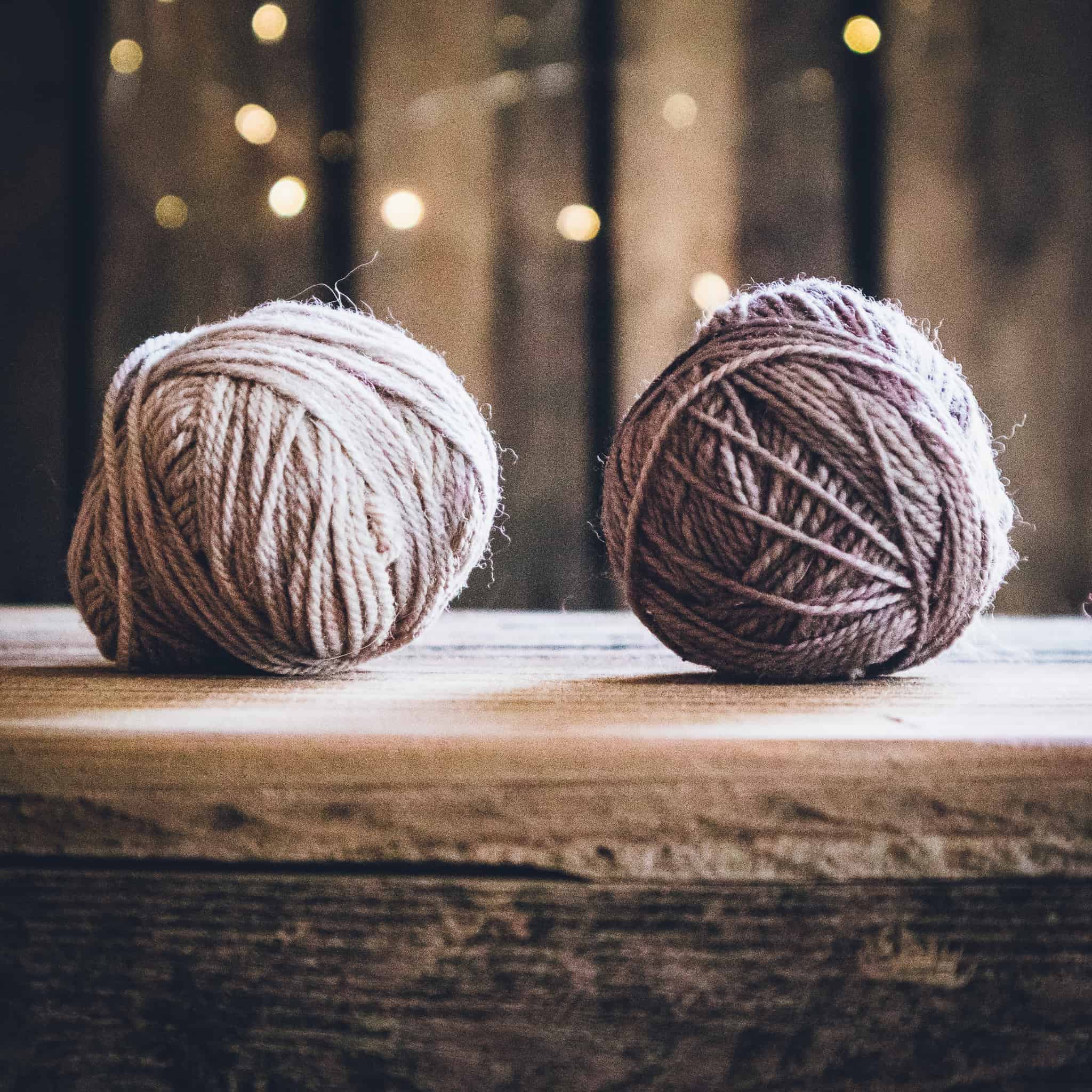 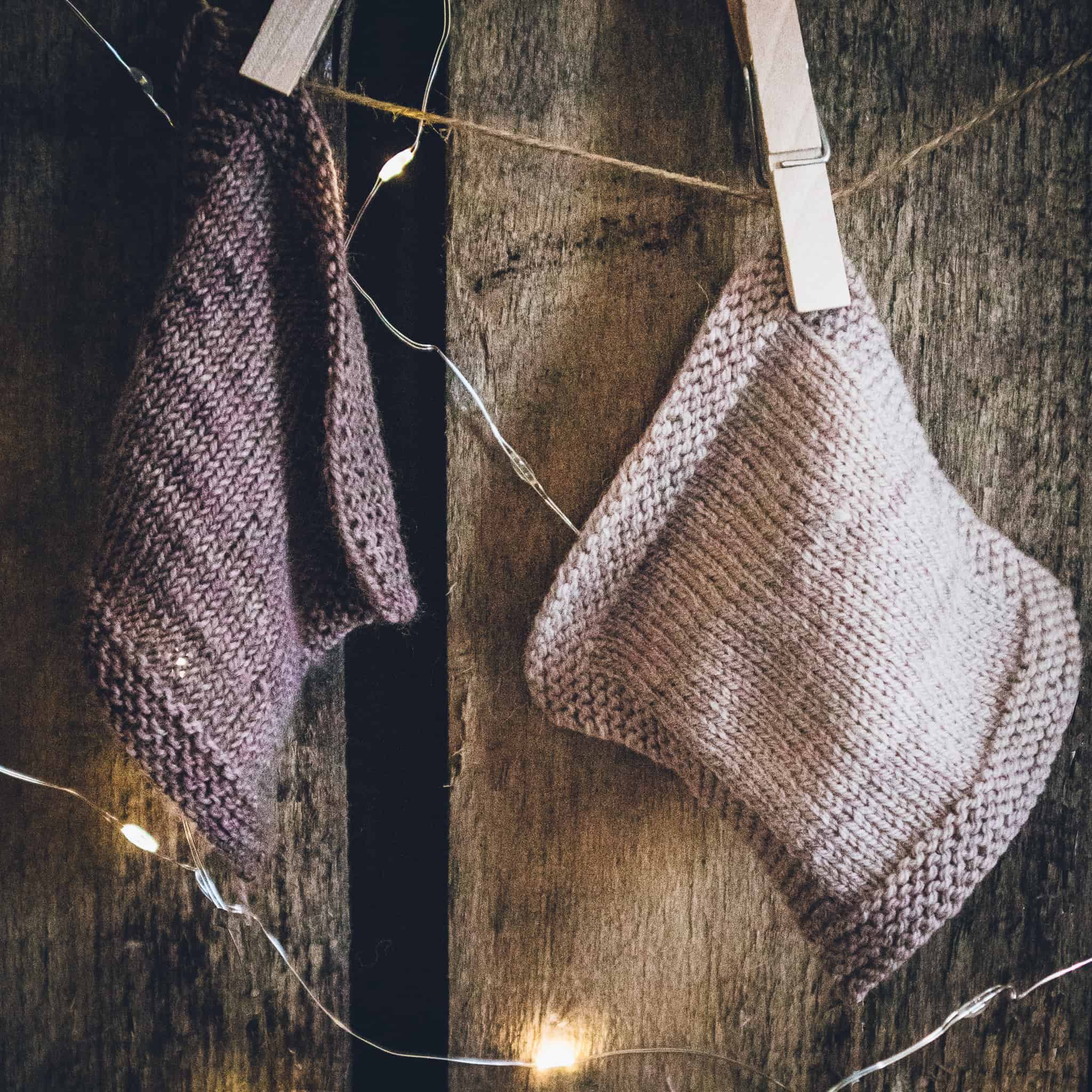 Superwash yarns lose their elasticity, and memory. The absence of scales, means the fibers and stitches are sitting next to each other but are not interlocked, so they tend to stretch more readily. This would be fine for a shawl, but less attractive for a sweater. The tendency to stretch is visible when the samples are wet. 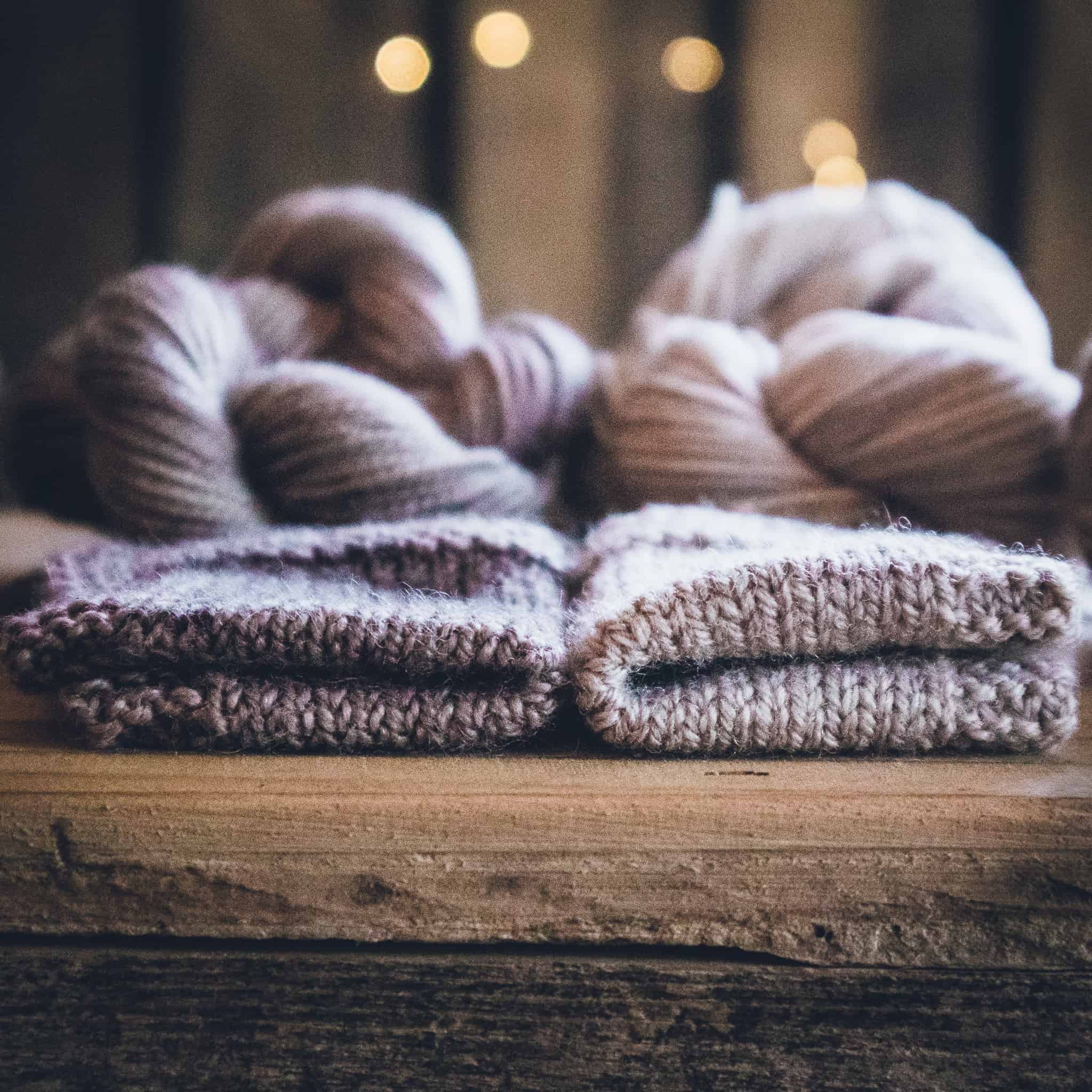 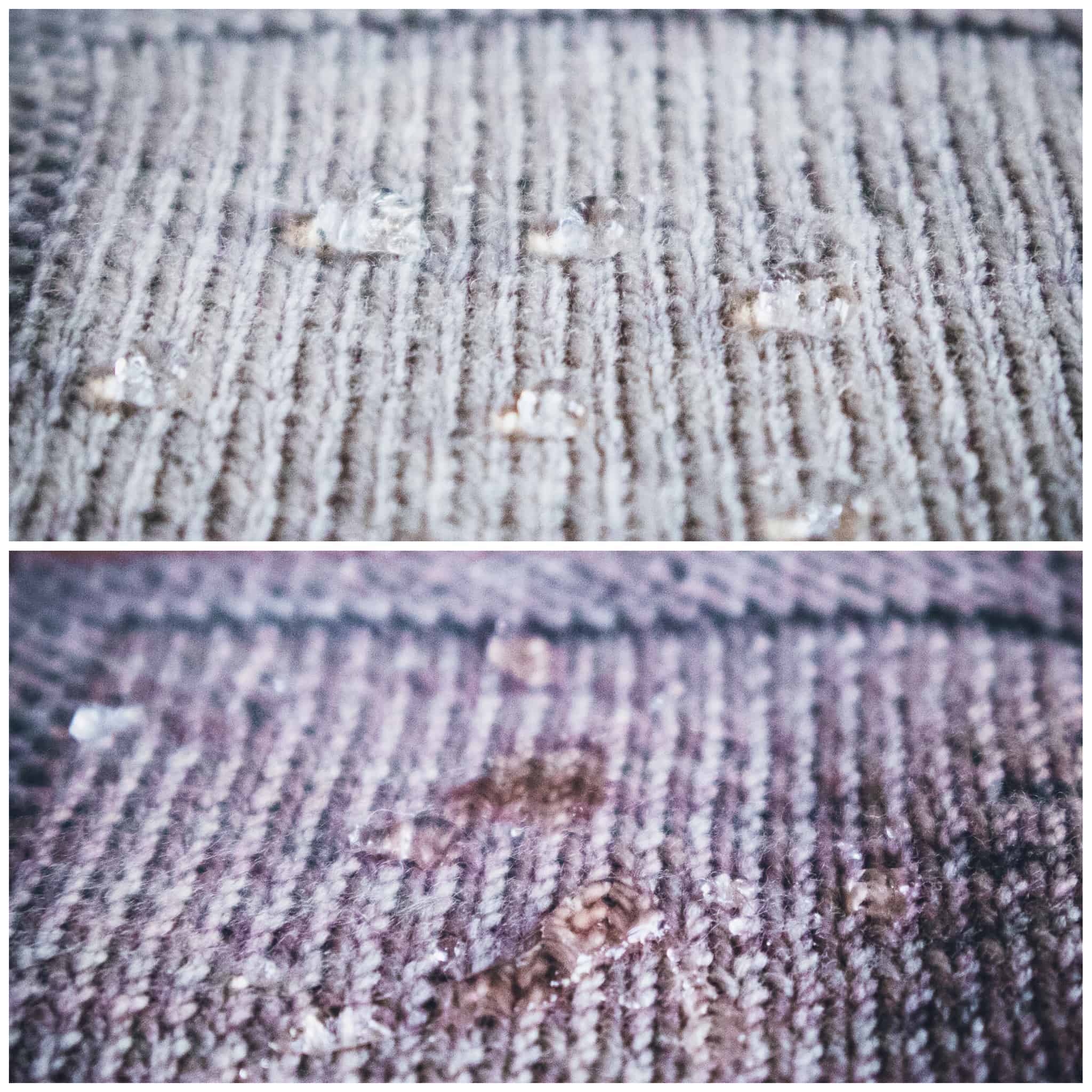 As a natural dyer, a knitter and a spinner, I prefer non-Superwash fibers. Each breed-specific fiber has unique properties that make one fiber or another ideal for a particular project. The same way a Superwash Merino is drastically different from a non-Superwash Merino, Merino fiber is drastically different from let’s say Suffolk or Wensleydale. And as I hinted earlier in my post, some fibers felt and some do not. There is a perfect natural fiber for any project! This could be the subject of a whole new post, but for now, I hope you will look at your stash a little differently, and that you will explore the possibilities in using non-Superwash fibers.

It’s Not You, It’s the Yarn: Superwash Edition by Jillian Moreno

Why Not Superwash Yarns? from Knitting the Natural Way

Why Is Superwash Yarn Not Sustainable? by Making Stories

Are There Sustainable Superwash Options? by Making Stories

The Structure of Wool 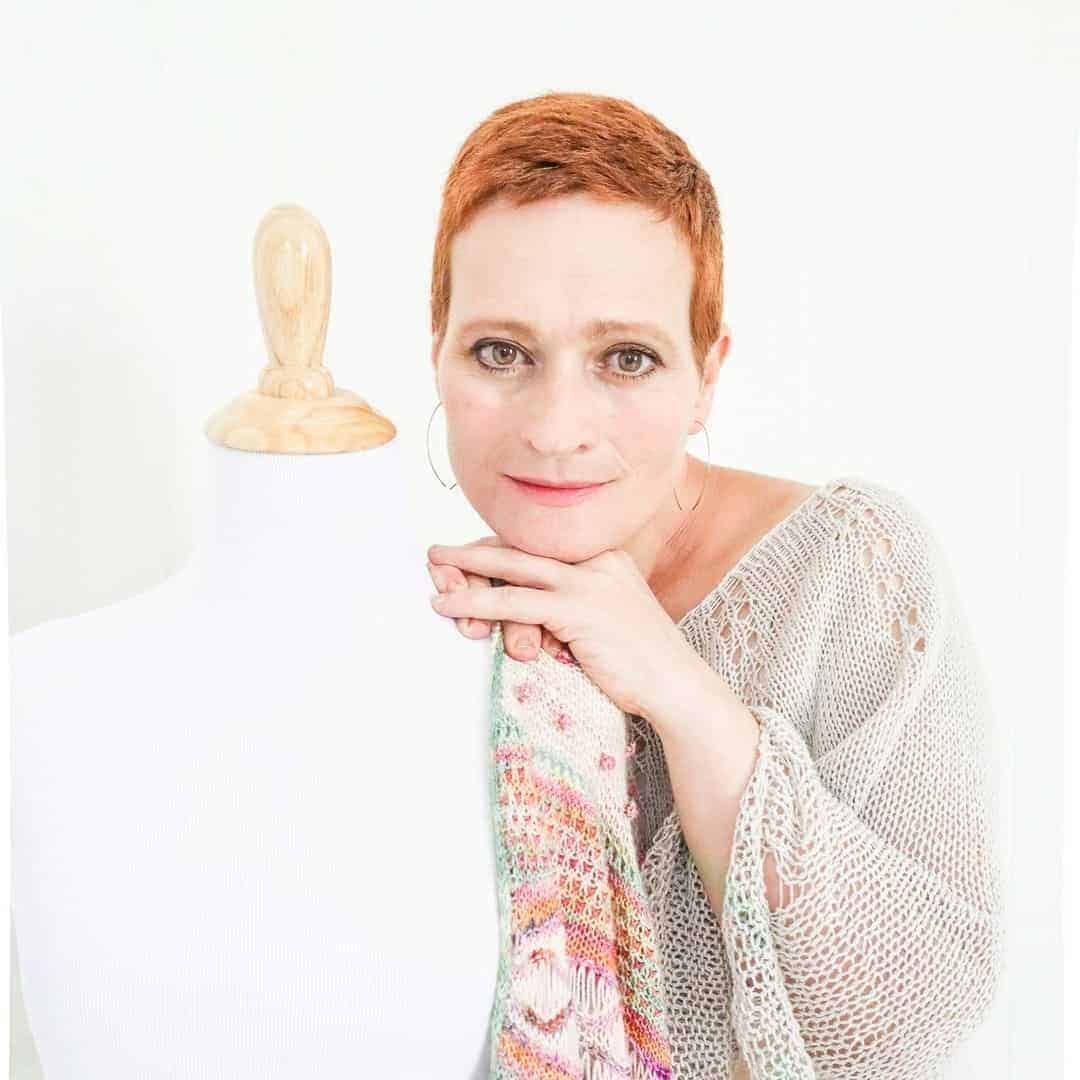 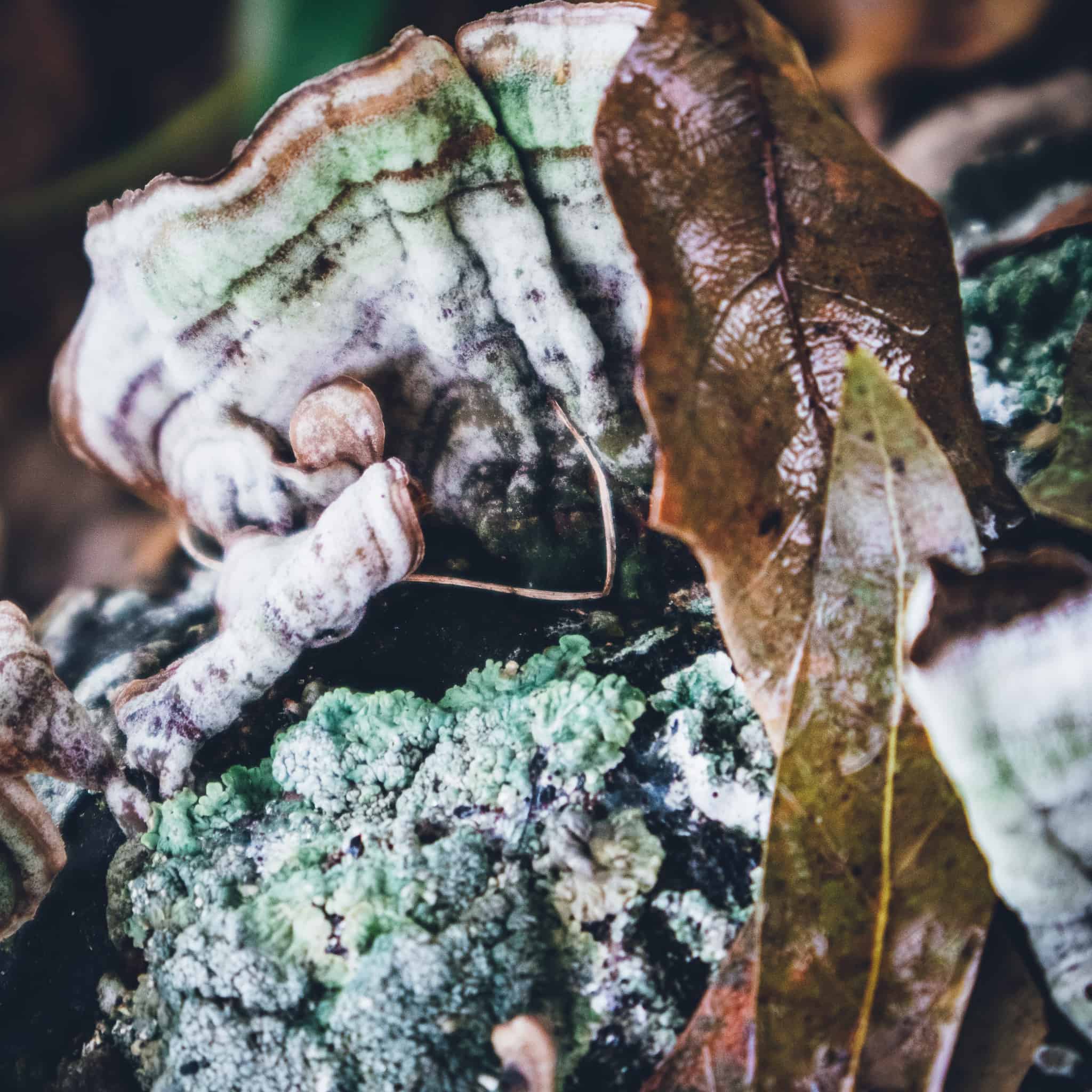 Turkey Tail (back), lichen (front) and leaves found on a fallen tree limb.

I always enjoy exploring the process behind the yarns featured on Indie Untangled. Caroline of The Noble Thread, based in North Carolina, has provided a fascinating walk through the world of naturally-dyed yarn.

I would like you to do something for me. Put a sweater on, open your front or back door, and take a walk in your yard, or around your neighborhood. Look around you. There are leaves at your feet, acorns crackling underfoot, mushrooms, a few last minute blooms if you live in warmer climates, fallen branches covered with lichen and maybe even walnuts still in their green husks… This is the world of color that awaits you!

For thousands of years, people have used what was around them — minerals, insects and plants — to color yarns that would become textiles, reeds that would be woven into baskets.

Certain colors even became a status symbol like the Tyrian purple, a color extracted from snails, which was reserved for royalty. But the color that I find most amazing is the color that everyday people created with what was available to them. 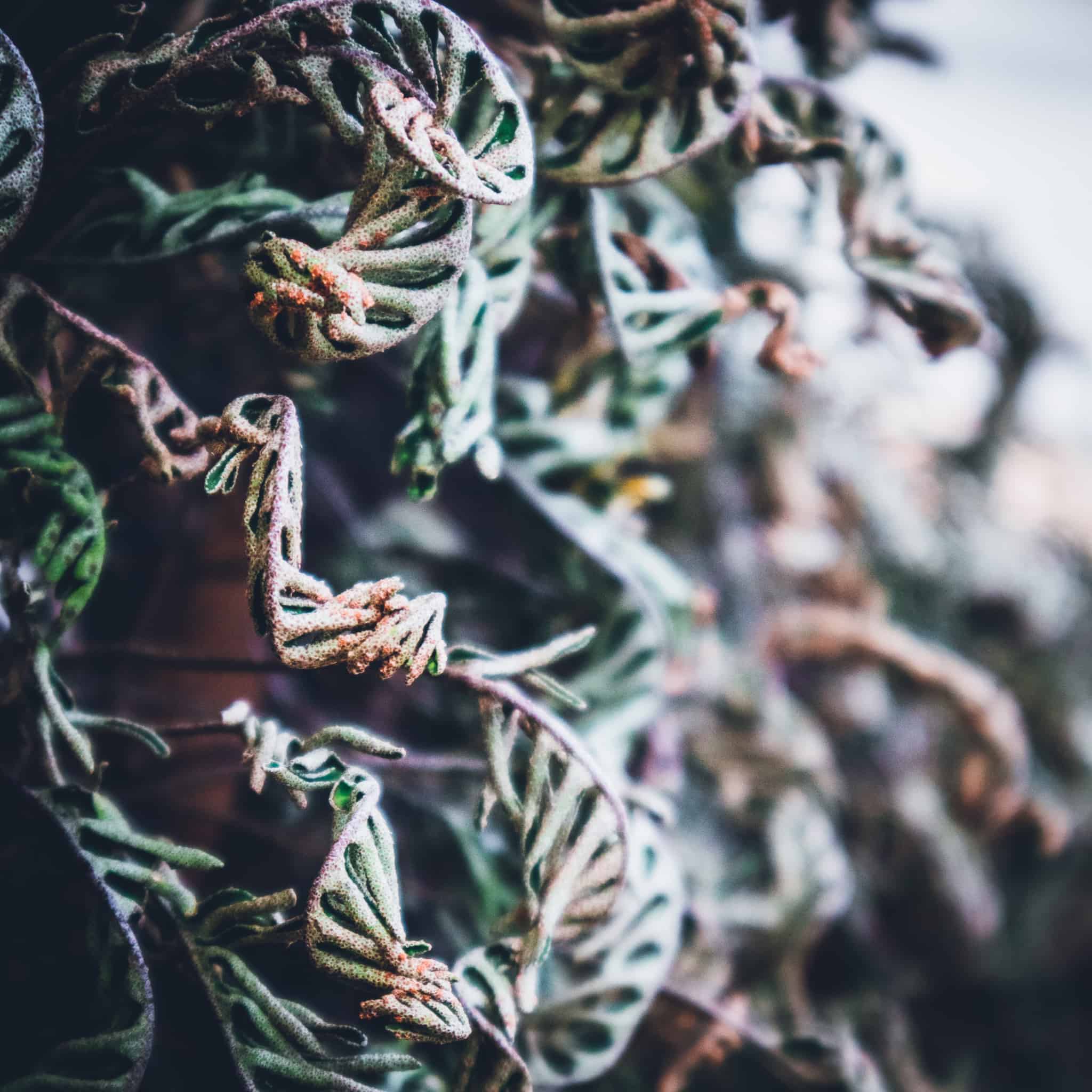 When we look at the embroideries of early American settlers, though their designs were originally inspired by Jacobean crewelwork, it is the world around them that made their work uniquely theirs. Their designs were grounded in the scenes they saw every day, and their colors were the ones that surrounded them.

Fall is a wonderful time to harvest local dyestuff. When I go harvesting, I always do so with moderation. The squirrels need acorns, the birds need berries and the bumble bees, flowers! I only harvest lichen that has fallen from a tree because lichen grows so slowly. 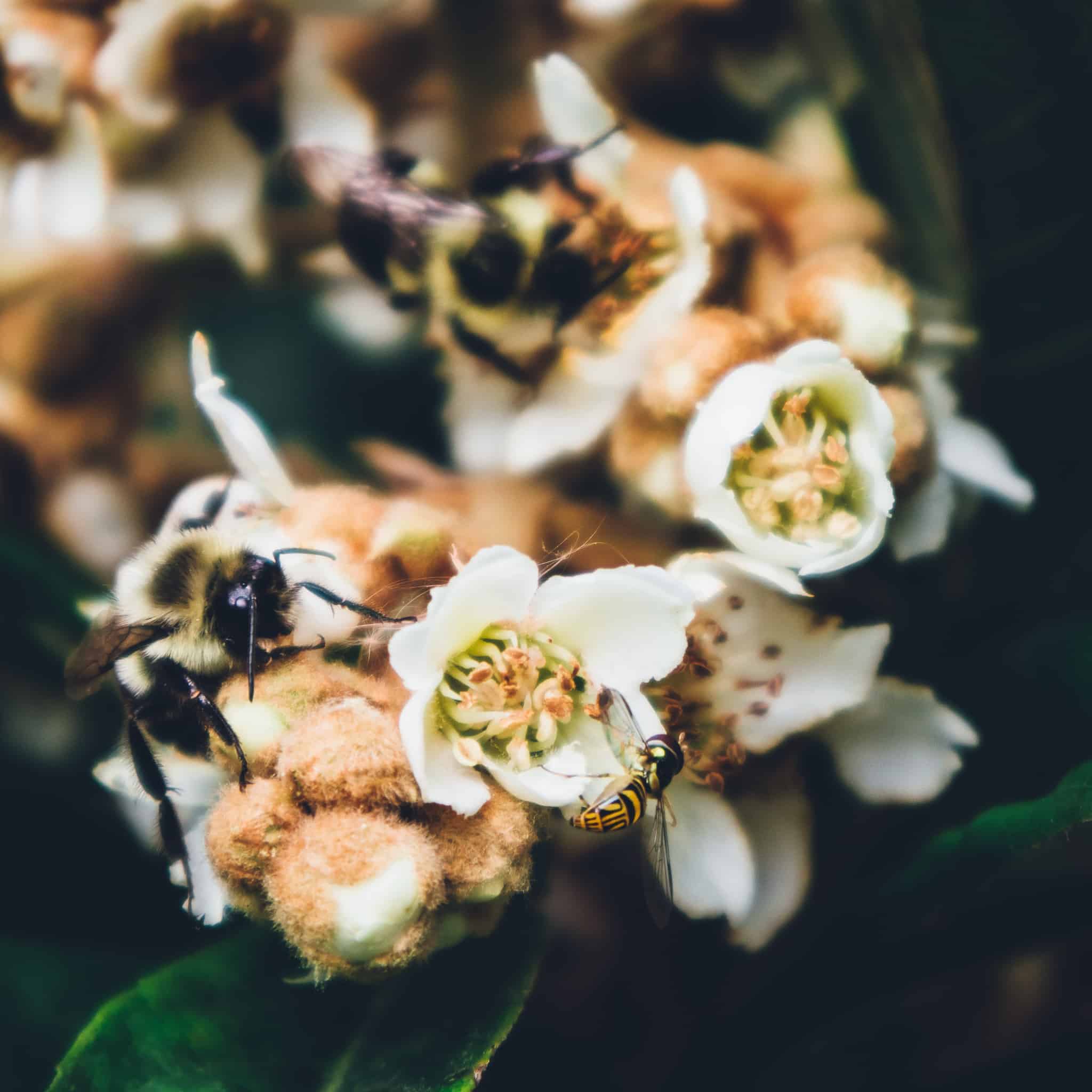 People have recorded recipes. I have my own, and maybe after you read this article, you will start your own recipe book!

Natural dyeing is very different from chemical dyeing. For one thing, there is no label on the dyestuff, but more seriously, the color you see may not be the color you get! When you dye with natural dyes, there is always an element of surprise.

If you look at gloriously red amaryllis blooms, which grow year after year in my yard, you could think you would be getting red dye. Instead, you would get a pale yellow! Experimentation is key, and so is the recipe book! 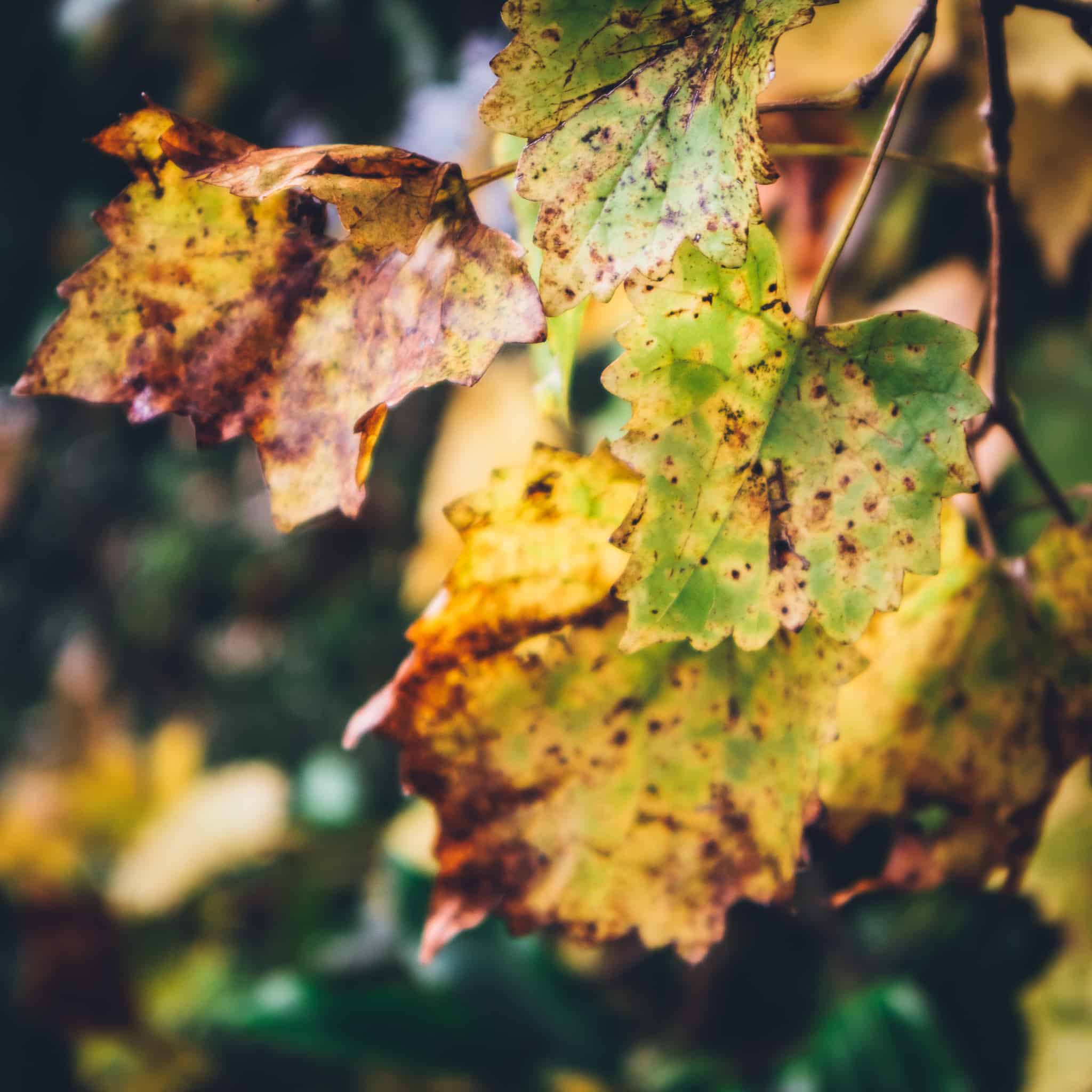 The colors that are most readily created with natural dyes are yellows and tans. Green cannot be extracted from the greenest leaves or the greenest grass. Your first experiments will most likely result in shades of yellow and tan, but your heart will beat faster when you identify the plants that can give you reds and purples!

Once you start experimenting and dyeing with natural dyes, you will never look at a leaf, a flower, a berry or a mushroom in the same way! 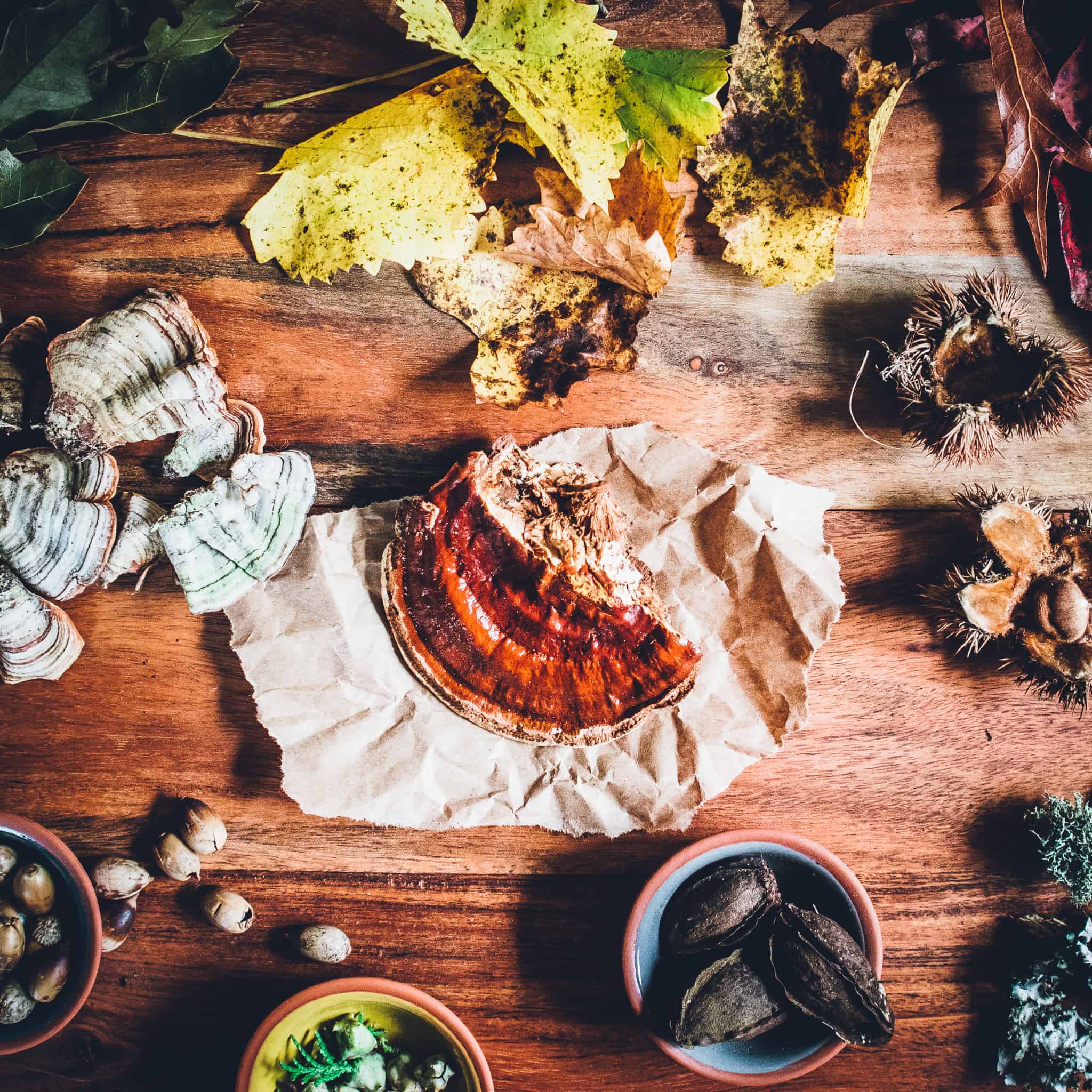 So let me share the fruits of my harvests with you! I live in Wilmington, a coastal North Carolina town. Our summers are tropical and our winters mild. Deciduous and non-deciduous trees make for an amazing landscape. Glorious camellias bloom in December! Fall comes late here, but it does bring beautiful changes to nature. Every morning, for the last few weeks, accompanied by my faithful dog, Brioche, I have gone foraging.

With the use of alum and iron, I not only fix the colors, but I can also change them. Yellows become khaki greens, pinks become purples, and tans become greys from the lightest pearly greys to the darkest charcoals. If I add a bit of indigo, I can create luminous greens and aquas. With indigo and walnut, I make antique black. By varying the fibers, at times dyeing on a natural cream, a natural grey or a tan, I can create an endless range of colors from the most luminous, sun-infused colors, to the warmest tones of fall. 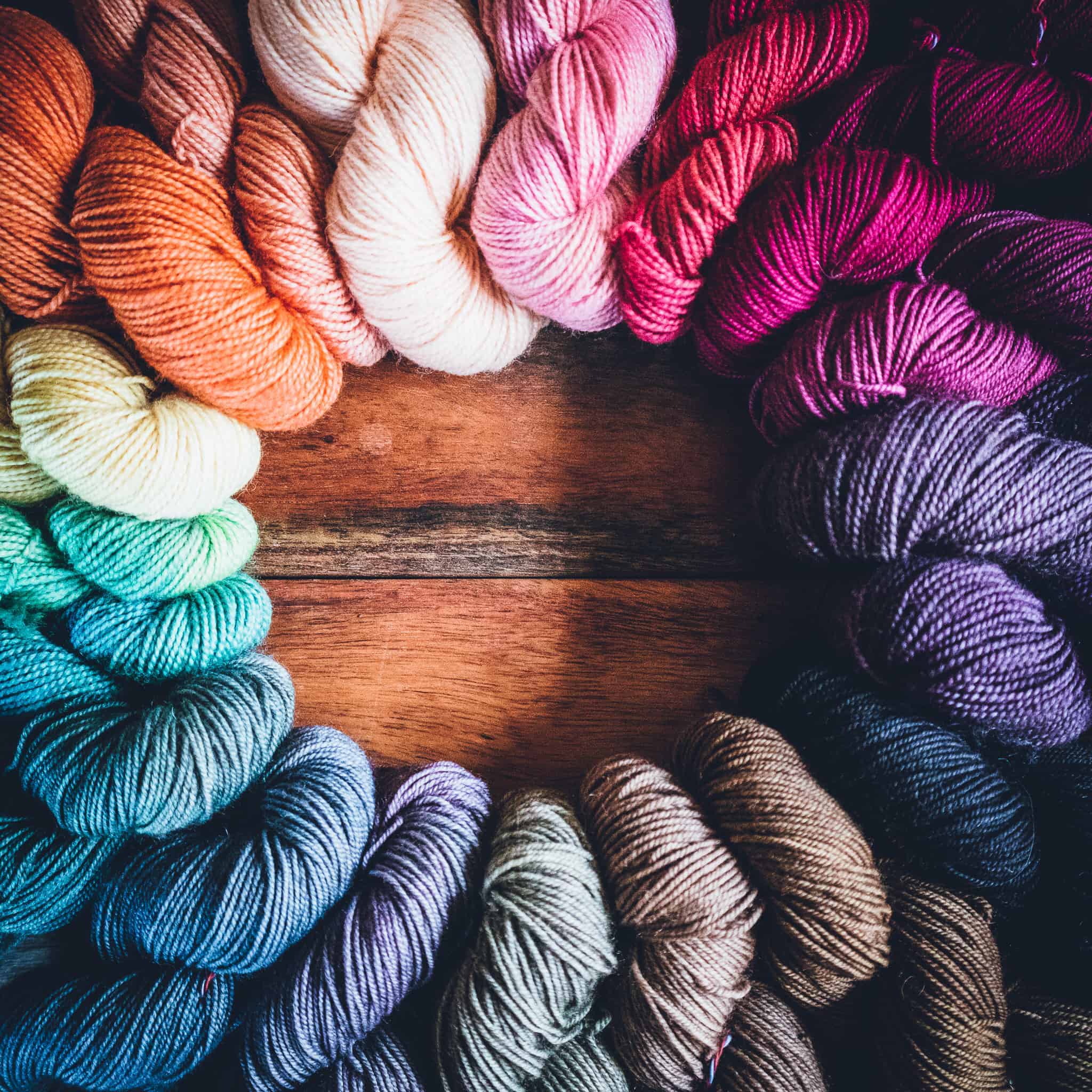 A rainbow of naturally-dyed yarns.

Now, look outside your door again, grab a basket, and go foraging! Get a book on natural dyeing from the library, so you can dye safely. Pick an old stainless steel pot and some wooden spoons that you will use only for dyeing, gloves, a few rusty nails, alum from the grocery store, a mask and of course, yarn. Simmer away, and take lots of notes in your recipe book. You will create your own unique palette, one that connects you to your region, to your neighborhood, to the land, and in some ways to the millions of people who throughout the ages have created magical colors with natural dyes.