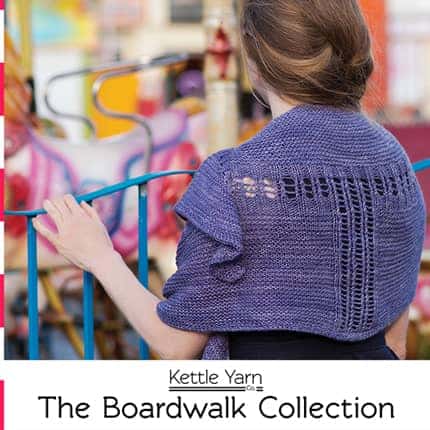 Linda of Kettle Yarn Co. has been working on a huge project for the last several months, and it’s pretty amazing. She just released The Boardwalk Collection, a series of six patterns by a stellar lineup of designers, all inspired by walking down a historic British pier and showing off her Islington DK, a scrumptious blend of BFL and silk. There are shawls and sweaters, as well as a hat and cowl designed by Renée Callahan, Rachel C. Brown, Rachel Coopey, Isabell Kraemer, Maria Magnusson and, of course, Ms. Kettle Yarn Co. herself, Linda Lencovic. Join the Kettle Yarn Co. Ravelry group to learn more about the Boardwalk Collection blog tour, as well as giveaways and a KAL. 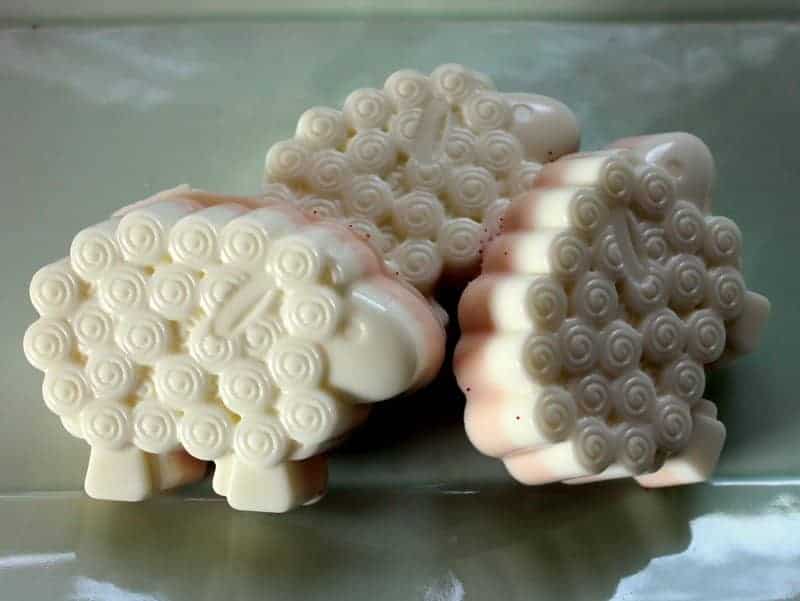 It’s summer in scent form: Check out the fun-in-the-sun lotion bar scents just released by Sweet Sheep Body Shoppe, including the zesty Coconut Lime, the sweet Peaches & Cream and the lightly floral Summer Fields. As a bonus, both Peaches & Cream and Summer Fields are also available in handmade soap (the peach-tinted goat milk soap comes in an adorable sheep shape). 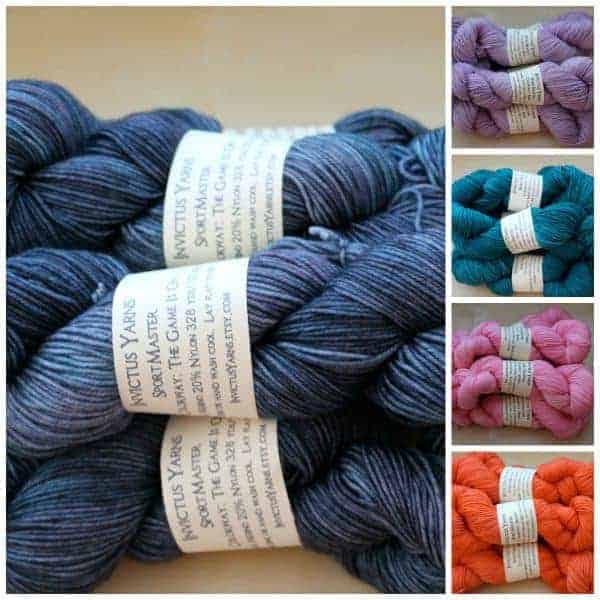 Sue of Invictus Yarns is headed to Illinois for her first ever Stitches MidWest! It takes place from August 6-9, so if you’ll be there, head to booth 829 to say hello and snag some Heartland, a special, limited-edition colorway that will be exclusive to the show. 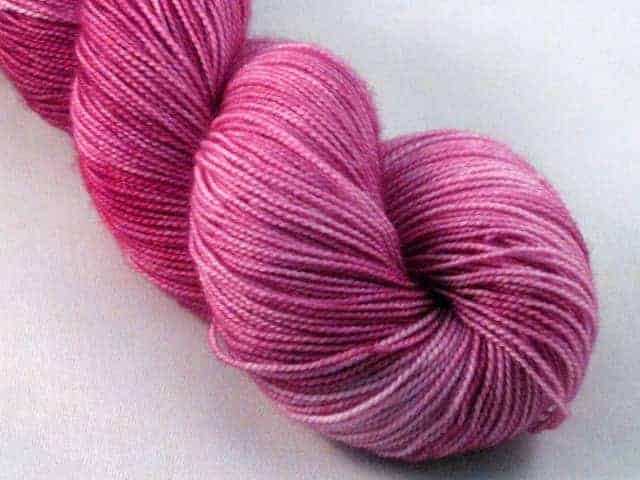 If you’re crazy for gradients, then you should definitely grab some of the new Rocket Sock from Cedar Hill Farm Company. Keya’s dyed a limited amount of the 2-ply yarn in a four tonal gradients, including Buy Me Roses above. They’re perfect for lacey socks, shawls and scarves. 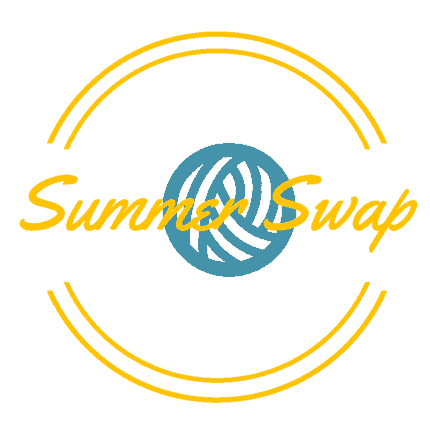 You know that feeling when Labor Day rolls around and you just need a little bit more summer? Well, there’s not so much to be gloomy about when you have a package of indie goodness coming your way! Sunday is your last day to get in your questionnaire for the second annual Summer of Indie Love Swap. Join the Indie Untangled group on Ravelry and start participating in the swap thread.

The haul from one of my recent Ravelry swaps.

Hands down, one of the best things about Ravelry is meeting some talented, smart and interesting people. I’ve learned that knitters are also extremely generous, whether they’re slipping some of their leftover yarn in the mail for free so you can finish that shawl or sweater, or sending delicious treats to their swap partners.

I decided recently that I wanted to bring that same kind of generosity and community spirit to the Indie Untangled group. So, I’m organizing a summer swap! I want you guys to be spoiled as wonderfully as some of my past swap partners have spoiled me.

There’s only one main requirement for this swap, and that’s to send your swap partner at least one item from an Indie Untangled artisan. It can be yarn, fiber, a yarn ball bag (I just ordered more fabric the other day!!), buttons or lotion bars. Some artisans, including Alicia of Sweet Sheep Body Shoppe and Marietta of Inner Yarn Zen, are planning to offer discounts for swap participants. I’m also thinking of cooking up some sort of giveaway for one lucky participant…

You can check out the swap thread for all the other details and to ask questions (by the way, this is a secret swap, so you don’t know who your spoiler is until you get your package). I’ve also extended the deadline for submitting your swap questionnaire to next Friday, July 18. This should be a nice reason to actually look forward to the end of summer! 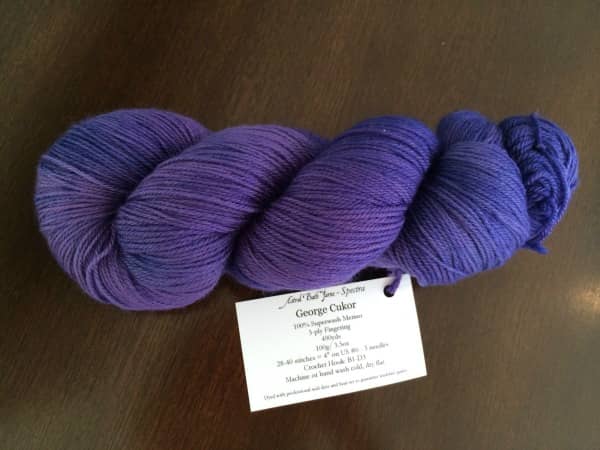 This is not George Cukor’s twin, which will be arriving soon.

No, that’s not a typo. I did mean to write winners with an S.

Cass is the first winner of the Astral Bath Yarns giveaway. She had a little trouble picking one movie:

I do love Indiana Jones and his whip 😉 but I’ll have to say Star Wars – Return of the Jedi
Love the ewoks, Princess Leia in that outfit and Admiral Ackbar!

Now, about winner No. 2: Ridgely found a second skein of George Cukor, and she sent it off to me with instructions to use it in whichever way makes me happiest. So, I decided to pick another winner via random number generator. I was very tempted to select the person who listed the movie I like best, but that’s basically as hard as picking a favorite movie — I love so many that people mentioned: Clue, When Harry Met Sally, Love Actually, The Sound of Music and A League of Their Own. (I also can’t pick one, but my other faves, the ones I can watch over and over, are Singin’ in the Rain, Working Girl, Singles, Life is Beautiful and Almost Famous).

Oh, you probably want to know who the second winner is. And that would be notsocrafty:

Just one movie?? I guess it would have to be “The Empire Strikes Back.”

I’ll let the two Star Wars fans duke it out over whether Jedi or Empire are the best movies in the trilogy (perhaps this isn’t the best time to admit that I’ve never seen all of any of the Star Wars movies? Trust me, my husband has tried…). Congrats to the winners and thank you to everyone who participated!

Also, I wanted to let all you Ravelers know about a summer swap I just launched today! You can read about it in the Indie Untangled group forums, but basically it’s a summer swap, indie style.