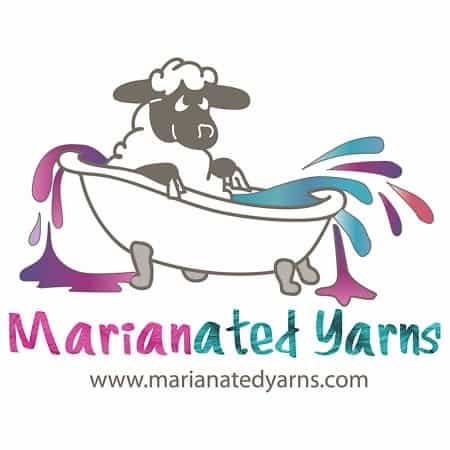 I’m so excited to be vending for the second time at Stitches West Feb. 20-23. I’ll be in my same spot as last time Booth 1233. My boxes have already arrived and I’ll be flying out next week to catch up with them.

Stop by my booth on Saturday from 10:30-11:30 a.m. to meet Christina from the Chelsea Purls Podcast.

I’m also collaborating with Louis Boria – Brooklyn Boy Knits – on a new shawl design and he’ll also be at my booth for a meet and greet on Saturday from noon – 1 p.m.

Of course I am bringing lots of yarn and I’ll also have sweater quantity with me. I’ll be featuring several designs of sweaters, shawls, cowls and more!

Designer Katy Carroll will be hanging out in my booth the whole time along with lots of her designs and samples including her Kimber Cowl which was released in December and her DeMarco Cowl which will be released next week.

Deb Gerhard of Spruce Lane Designs is releasing a new sweater – When Twilight Falls – just in time for Stitches West. I’ll have a few of her other sweater designs with me too including Once Again and Twice Again.

Sheila Stromberg released Asriel for Bigs and Asriel for Littles a short while ago – I’ll have both samples and more. I love that Sheila’s designs are size inclusive!

Sheldon, my booth mascot, will be joining me in California. Bring a finished object to show off and he’ll have a little giftie for you!