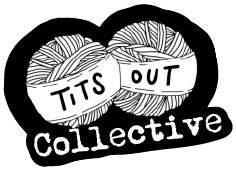 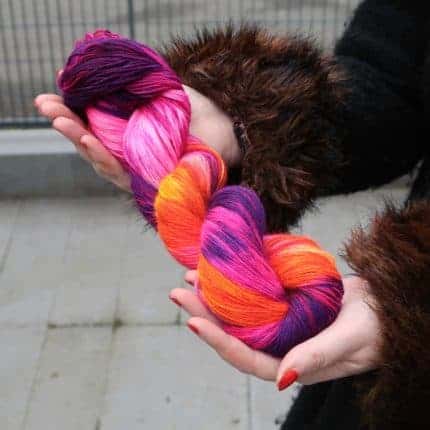 Over 200 indie dyers, crochet and knitting designers and notions makers have rallied together in an impromptu movement in response to a charity colourway by dyer Countess Ablaze that was plagiarised. Rather than naming and shaming the culprit, the Countess released the dye recipe and invited dyers to recreate their own versions of If I Want Exposure, I’ll Get My Tits Out, which initially raised over £3000 for Women’s Aid in April 2018.

The original colourway was dyed in response to misogyny the Countess experienced and being asked to give a significant amount of stock and teaching time in exchange for exposure. Dyers worldwide are releasing their versions of this iconic colourway on Sunday 1st July 2018 with money donated to charities of the participants choice. Designers are designing new patterns and rebranding existing ones and makers of bags, jewellery and stitch-markers are also involved with Tits themed items.

Find participating dyers and designers in this gallery.