IU on the road: A visit to North Light Fibers 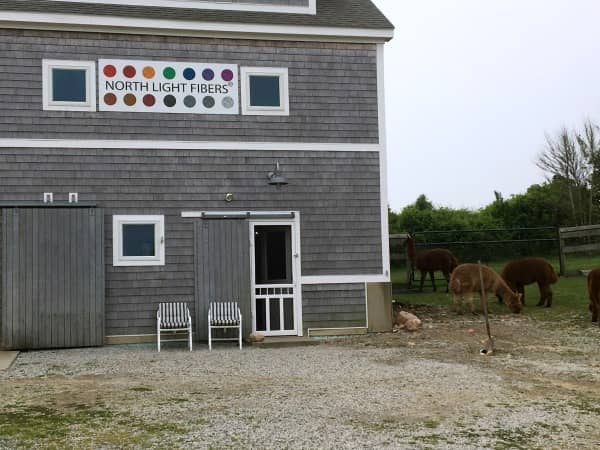 When my husband, Mitch, and I started planning our 10th anniversary trip to Block Island, he was the one who actually told me that there was a yarn mill there. I of course knew of North Light Fibers from Rhinebeck and Vogue Knitting Live, but (I swear) didn’t remember that it was based on the island off the Rhode Island coast until after we decided to go there.

I ended up making a couple of trips to North Light, which was conveniently located a 10-minute walk from the inn where we were staying. The first was on Saturday morning, while my husband got ready after breakfast. 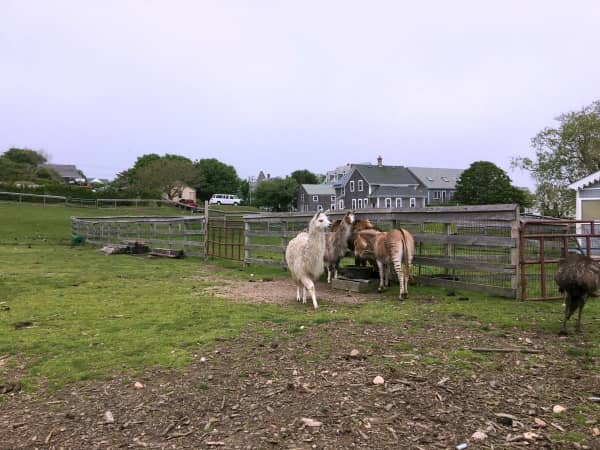 Before you get to the shop, you walk past and through the Abrams animal farm, a collection of exotic and domestic animals, including a yak, a pair of Scottish Highland bulls, camels, emus, donkeys and, of course, alpaca. 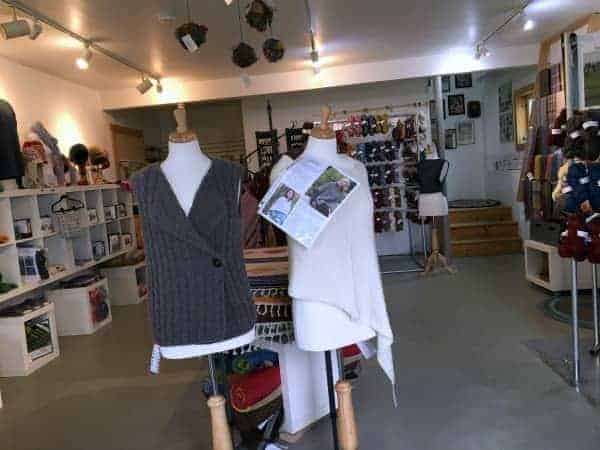 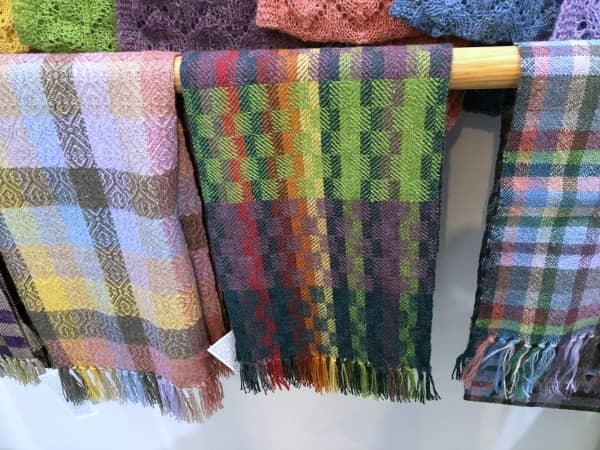 I spent at least a half hour taking in all the yarn, samples and kits, as well as the beautiful woven wraps and scarves that were for sale, created for North Light by a weaving center in Hartford, Connecticut, that encourages people with low or no vision to engage in the craft. 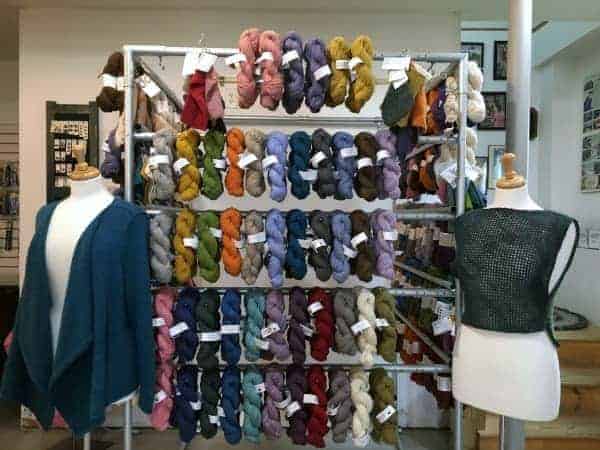 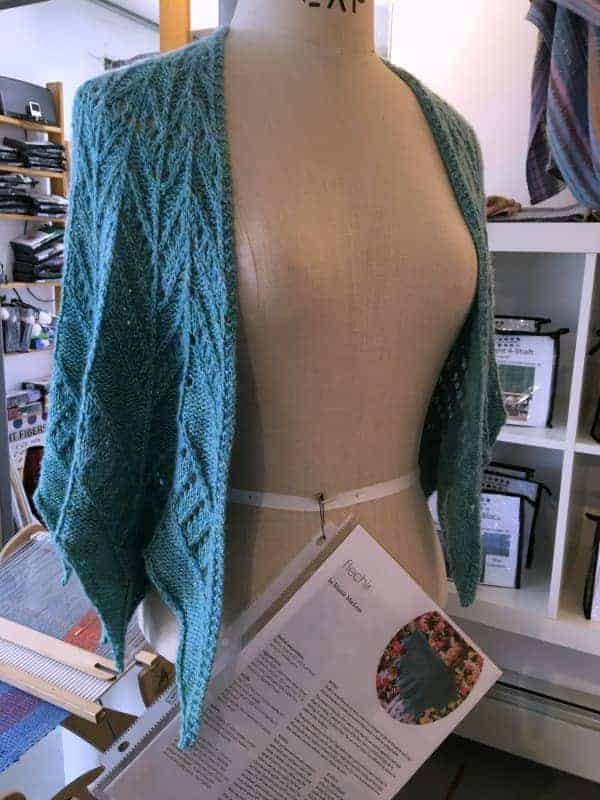 The yarn I admired included Water Street, a luxuriously soft blend of Merino and Cashmere. A few of the colorways had beautiful heathers, a product of blending the dyed fibers before spinning. The yarn was shown off in Marnie MacLean’s Flechir shawl, published in April’s Twist Collective and on display at the front of the shop. 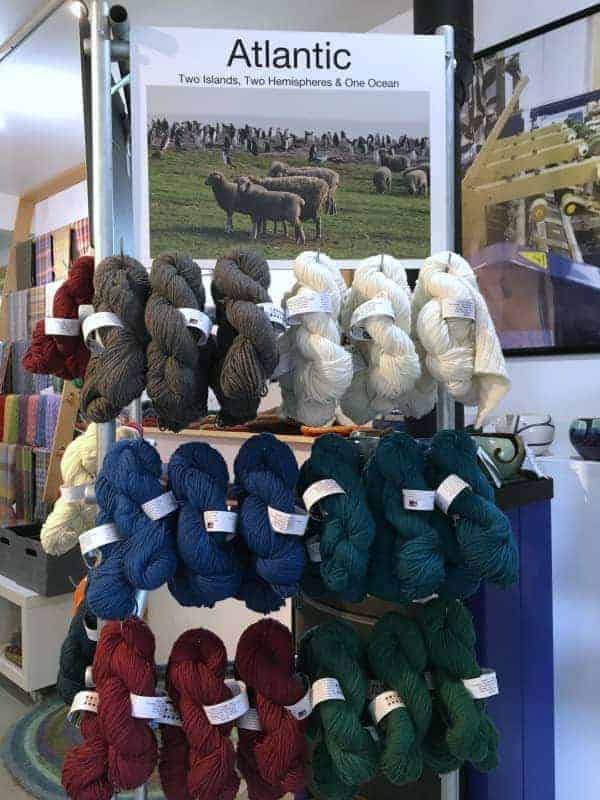 I ended up ultimately drawn to Atlantic, a worsted weight Merino from the Falkland Islands — soft, but wonderfully sheepy. The rich brown Sea Lion colorway particularly called to me, and I ended up buying two skeins for a cabled or lacy cowl. 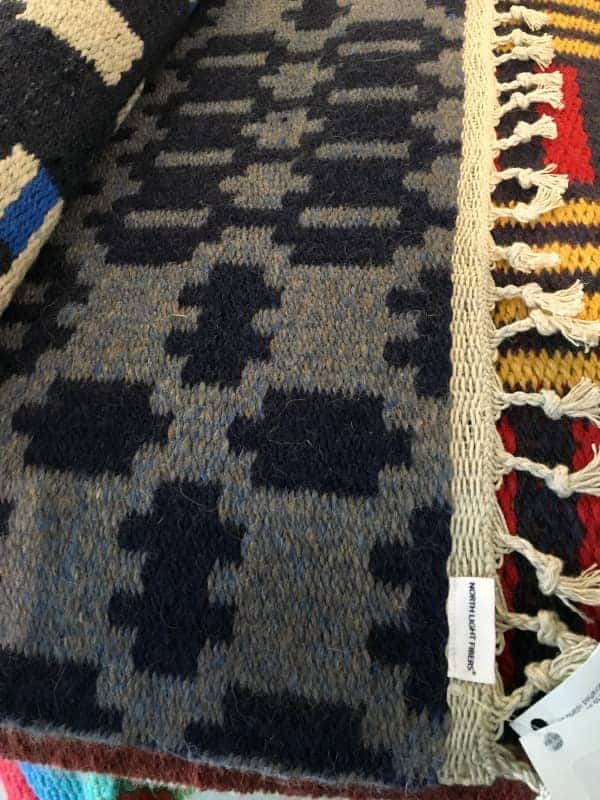 I was also wowed by the rugs on display — also woven by the center in Hartford. I snapped a couple of photos of ones I liked and plotted to get Mitch back there the next day to see if he’d want to get one for our soon-to-be new apartment.

As luck would have it, when we came back Sunday afternoon, one of the owners, Sven, was there. As he rang up the rug we chose, I told him about Indie Untangled and he ended up giving us a short tour of mill, a small space above the store packed with miniature versions of large-scale mill machinery — designed to process 40 pounds of fiber at a time, as opposed to thousands. Before giving us a quick overview of the milling process, he compared the scale of operation to that of a microbrewery, and I could definitely see the parallels to the breweries that we’ve toured. 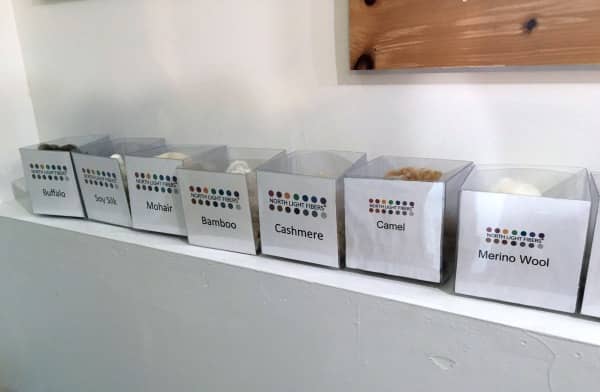 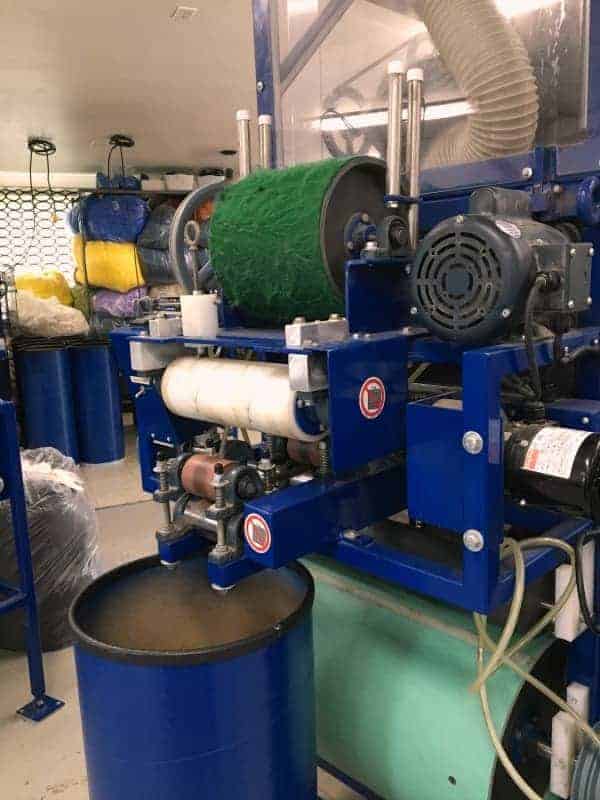 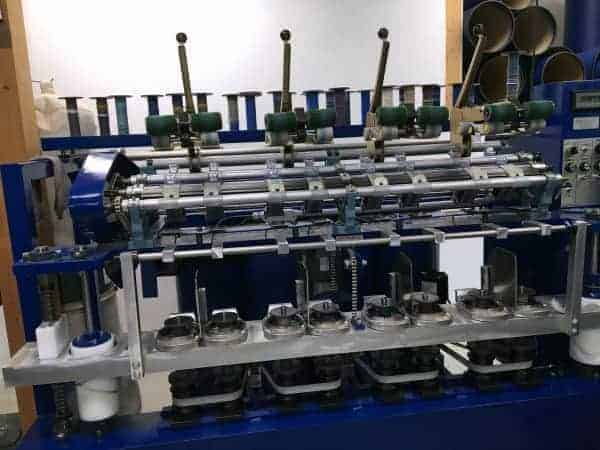 North Light is the only manufacturing on Block Island. While it imports the majority of the fiber that becomes yarn, the fiber from the alpaca on the adjoining farm does go into some of its products, like the rug that we bought. In fact, after I left the store on Saturday, the pair of alpacas that I had met on my way in were sheared while I was shopping, so I got to see them sporting their new haircut. 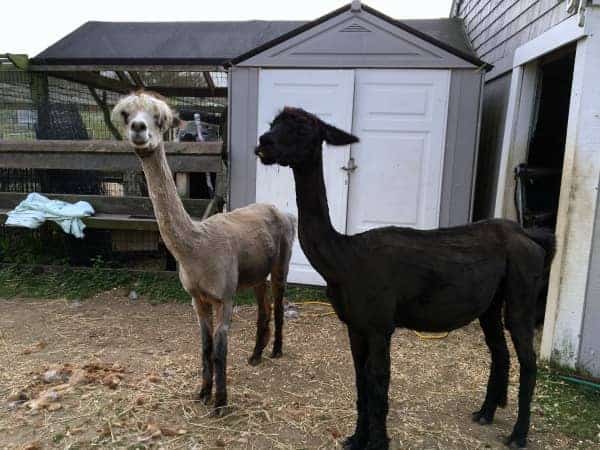 Aside from running the mill and store, and selling yarn to shops and at fiber festivals, North Light also organizes annual retreats, including one this fall in collaboration with Vogue Knitting and one next May with Patty Lyons, Deborah Newton and Twist Collective’s Kate Gilbert. Mitch and I are already talking about coming back to Block Island, and I’m sure this won’t be my last trip to North Light Fibers.