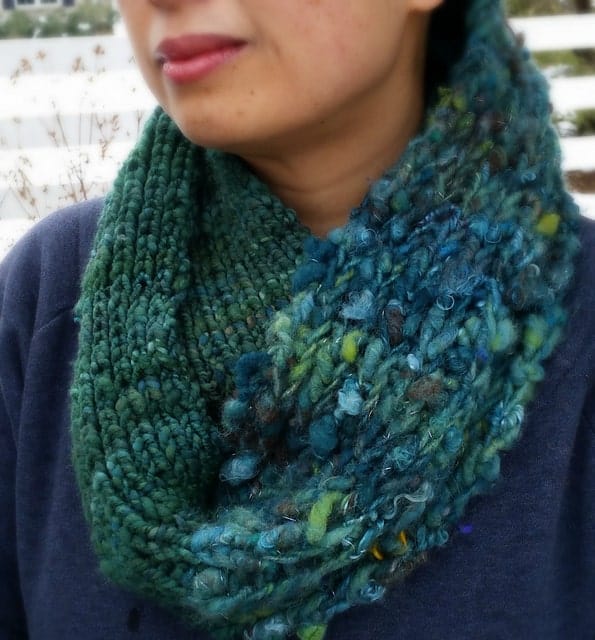 I’ve been contemplating a What to make with handspun blog post for a while now, but since I haven’t quite fallen down the spinning rabbit hole yet, I decided to ask Anne of Middle Brook Fiberworks, my fiber and spinning guru, for some suggestions. She ended up sending me a terrific write-up to share with you. Please include your additional suggestions in the comments!

“What can I make with this handspun yarn?” is a question I answer at every show. I can see why: skeins are usually one-of-a-kind, with not a lot of yardage and the texture is often irregular. It’s certainly possible to find sweater quantities of beautifully consistent handspun yarn, but it would be a significant investment. Shawls and other accessories that require less than 400 yards are great for handspun because any irregularities won’t matter — unlike in a sweater or socks, where you don’t really want unfortunately placed lumps of thick slubs. Plus, woolen-spun handspun yarn (spun with a low twist from loose clouds of hand-prepped fiber, rather than a compacted commercial combed top), knits up into a thick fabric that is not only exceptionally warm, but is remarkably lightweight and lofty. My handspun hat knit from woolen-spun CVM under my rain jacket hoodie is integral for my winter farm chores!

Another option is to combine millspun yarn with smaller amounts of handspun yarn as a highlight–for a pop of texture. The Dragonwell Cowl, pictured above, which I designed with Jolene Mosely, has a section of consistent 2-ply yarn, and a small section of highly textured art yarn in a coordinating color. I’ve used handspun yarn for both sections, but millspun yarn would work just as well. 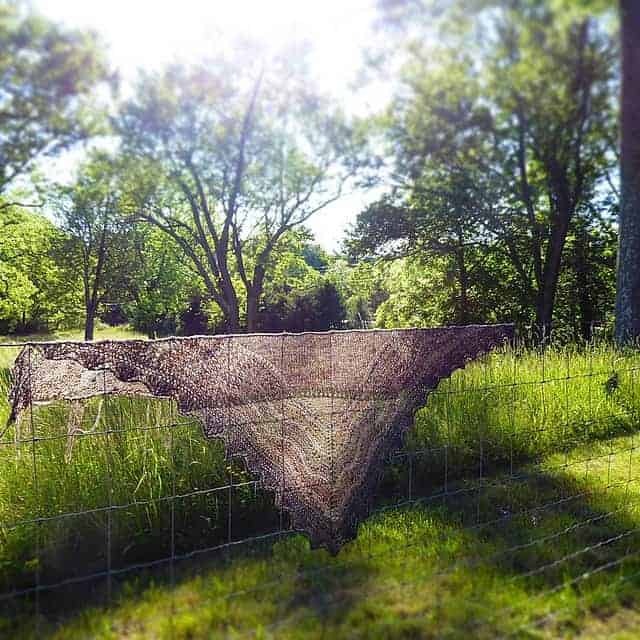 One of my favorite handspun projects is my Handspun Hansel, a handspun version of Gudrun Johnston’s Hansel. The pattern calls for 550 yards of a main color, and less than 100 yards each of four contrasting colors. I made mine with all handspun, but I think it would be terrific with a millspun main color, with handspun contrasting colors. 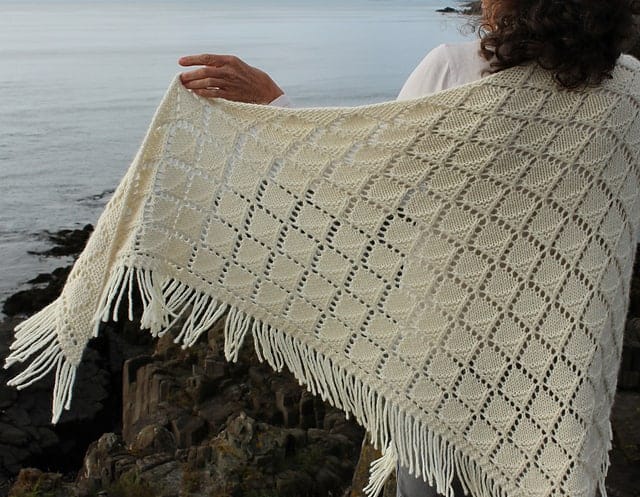 My next project is going to be Laura Aylor’s Between Oceans. I’ve spun four skeins of aran-weight organic Polwarth in Cirrus for the body, but because I won’t be spinning a fifth skein only to be cut into fringe, I’ll be dyeing a skein of millspun Targhee wool to match.

2 thoughts on “What to make with handspun yarn”