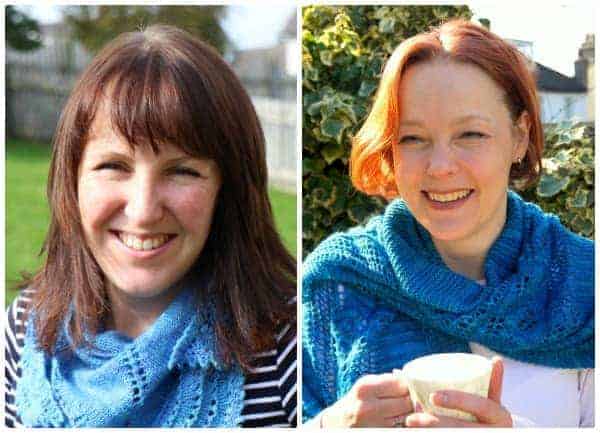 Jo Milmine, left, and Kate Ellis of The Golden Skein.

I was poking around Ravelry one afternoon this past spring, shortly after I launched Indie Untangled, when I came across the group for The Golden Skein. Started about a year ago by Jo Milmine of the Shinybees podcast and Kate Ellis of Kate’s Twirl, The Golden Skein offers yarn clubs with special, limited edition colors by indie dyers from around the world.

I have to admit that at first I had a slight twinge of jealousy — Such a cool idea! Why didn’t I think of that? — but I soon got over it and decided to reach out to Jo and Kate and see what we could do by working together.

While the duo won’t be able to hop a plane and make it to the Indie Untangled Rhinebeck Trunk Show, they’ve generously offered a discount that will be available to trunk show attendees, along with a prize to give away at the event. This is the first of a series of Q&As I’ll be doing in the run-up to the show.

How does The Golden Skein work?

Jo: The Golden Skein is a yarn club which works a little like a wine tasting club – a yarn tasting club, if you like, introducing independent yarn dyers from all over the world to our members. TGS’s main club is the Power of 3 Club – each quarter, subscribers receive three skeins of 100g of sock yarn, dyed on varying bases, by three different indie dyers to the same inspiration picture. The members get to see the pictures but we keep the yarns and the dyers secret until the members have received their golden parcels. The fun really begins then over on our social media sites discussing what we’re going to make, sharing ideas, showing off their creations and generally being really lovely to each other.

Yarn from The Golden Skein’s Autumn Harvest Club. Below, the image (from tranuf, via Flickr) that inspired the colors. 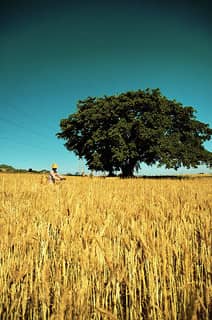 Tell me all about how The Golden Skein got started.

Jo: My husband, James, and I, would go for daily walks in the South African sunshine, to calm our somewhat grumpy toddler, at that time of night, and to talk all things world domination. The genesis of the idea for The Golden Skein actually came from Mielie, who suggested there should be a wine tasting club, but for yarn. This could well have been prompted by the fantastic selection of wines available in South Africa, and the seed of a plot was planted. Inspired by the breathtaking landscape of the Zoutpansberg mountains, I refined the idea on our daily walks, until I was ready to pitch some of my yarny friends to see what they thought of my plans. Kate was one of those friends, and she liked the idea so much, she offered to become a partner in the business!

The name for The Golden Skein came in a podcast episode, where I discussed the recent untimely demise of a friend, who had been killed in a plane crash. I was talking about how we all have these precious golden skeins, that we take out every so often, cuddle them and put them back, because they are too special and we are afraid to use them in case we spoil them. I remember thinking this was silly, and that if I was to crash a plane tomorrow, I wouldn’t be sat up on a fluffy white cloud, thinking, “I’m glad I never knitted that skein.” It seemed like a great name and a great philosophy to encourage people to liberate these skeins and to come with us on a journey to find new and exciting ones to replace them!

How do you find dyers to collaborate with?

Jo: We have a wish list of dyers we have used ourselves before. We also go looking for talent at yarn shows and mine Ravelry for information. I can see Indie Untangled in our future too for finding new dyers! We are passionate about introducing our subscribers to new dyers, and also to giving dyers just starting out exposure.

Kate: We are also often approached by dyers who want to work with us, which is great! We do try all the bases too, before we commission a dyer to dye for us. We only choose bases and dyers we would happily use ourselves. 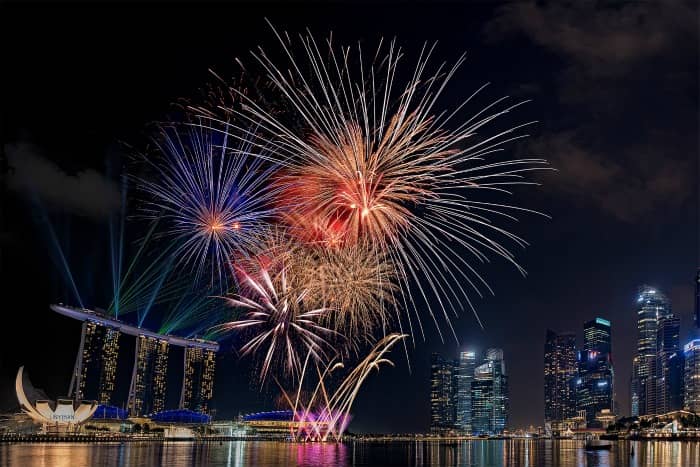 Yarns in the next club, which goes on sale in October, are inspired by this photo by linyihan, via Flickr.

How did the two of you meet?

Jo: We met initially through a knit along for the Damask shawl by Kitman Figueroa back in 2012, when I lived in South Africa and Kate was in London. The KAL was hosted by Martine of the iMake podcast and we bonded over a mutual joking love of Blue Nun wine and our shared Northern backgrounds (I am from Lancashire and Kate is from Yorkshire, originally) as well as the trial and tribulations of knitting a lace shawl with not enough yarn.

What would you say each of you brings to this enterprise?

Jo: Kate is our resident legal eagle. She ties up a lot of the accounting too, as well as being our chief sample knitter. She’s much faster than me, as she’s a monogamous knitter. She takes care of a lot of the hugely necessary and important but arguably less glamorous tasks! She tells me she doesn’t mind that; I think she probably curses me a lot when she is tidying our inbox.

Kate: Jo does a lot of the geeky, techy website stuff. She’s also the evil yarny mastermind. She comes up with a lot of ideas and plans and is always looking for ways for us to grow and improve our offering.

We are both really proud of the community we have around TGS. Our customers are are just so lovely, always helping, encouraging and, dare I say it, enabling each other! We are both very chatty people and try to be as inclusive and welcoming as we can. We want to help people release all their golden skeins, not just the ones that came from us!

Jo: It’s great to have a partner to bounce ideas off too. I love a good brainstorm!

What are some of the challenges in working with a partner, especially from afar, on a fiber business?

Jo: Obviously, there are some challenges with working in a business at the opposite ends of the country, as I am now in Northern Scotland and Kate is in London. We tend to overcome most of this with the use of technology. We talk on FaceTime, so it’s like we’re in the same room. We also use Whatsapp for short messages to each other throughout the day.

Kate: One of the main challenges is our respective routines: I work full time as a senior lecturer in law and Jo has two small children and their routine to balance with TGS and her freelance projects. It can be hard sometimes when we are working at different times and one of us has a question. If the other is busy and doesn’t have the information needed to hand, it can delay work a little. Luckily, we have systems in place that mean this is usually dealt with reasonably quickly.

Jo: I am terrible, if I have an idea or something to say, I have to say it right away! Poor Kate does get a little bombarded with my streams of consciousness…

Kate: A logistical challenge is the fact that all the yarn is in one place, so we can’t sit together to pack up our lovely shiny gold parcels! We do take it in turns to post out the yarn, so we share the load that way, but it would be nice to have one big yarn packing party some day.

Jo: I’d like to make a yarn mosh pit and go wild. 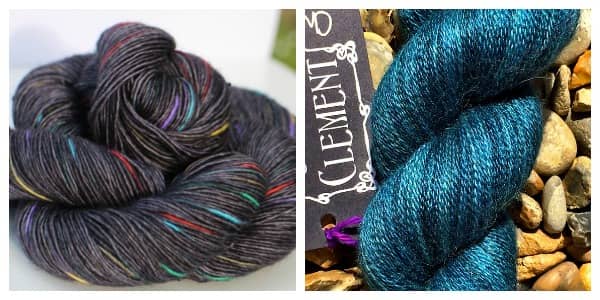 Could you each pick out a “golden skein” from your own stashes?

Kate: Mine is Sweet Clement Yarns Cherish in the colourway Teal.

Anyone who knows the smallest thing about me will know that I LOVE blue — any blue. My stash is filled with various hues of blue. It’s not just yarn though — if it comes in blue, I’ll have one, thank you! This particular skein cried out at me at Woolfest. The overall effect is a luscious jewelled colour. It has amazing variations from a dark, almost, emerald colour to a deep duck egg. It’s alpaca, silk and Cashmere — silk is another of my “famous” loves! It is everything I could ever wish for in a yarn and I cannot wait to unleash it into a stunning shawl — pattern suggestions welcome!

Jo: I have just released one of my all time favourites, and it has been replaced by this baby. Nurturing Fibres Merino Lace Singles in the colourway Liquorice Allsorts. It was a limited edition, and I so wish I had bought more in different weights.