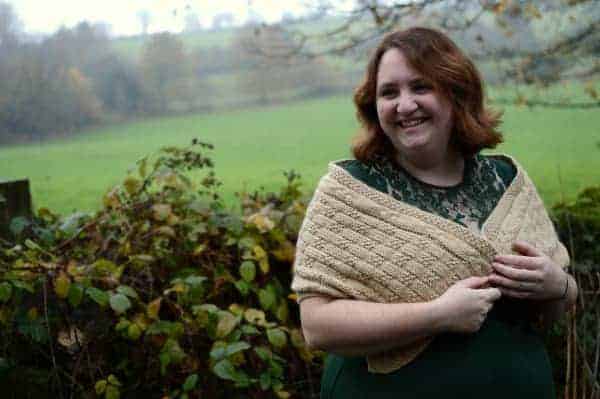 I first discovered Eden Cottage Yarns when I was doing a Yarn Hoars swap on Ravelry and my swap partner, the lovely muggleknitter/Cary, mentioned this new dyer she’d like to try. I headed over to the ECY website and fell in love with everything I saw. It was a wonder that the two skeins I bought (Pegasus Lace in Clematis and Titus 4ply in Dark Oak) actually made it to Cary, but somehow I managed to let them go.

A little while later, Victoria Magnus was one of the first dyers I contacted about Indie Untangled (and also about a Winter Grays blog post that I may just get around to posting soon!) and she was gracious and supportive. Then, this past fall, I was listening to the Shinybees podcast and got to hear an interview that Jo did with Victoria during Unwind Briton. I was in awe when Victoria told the story of how she built her successful dyeing business after going through a rough patch, and knew I had to do a Q&A with her. So, here it is.

Also, be sure to check out the designs in the Bletchley Collection, a collaboration between Victoria and designer Joanne Scrace, with knit and crochet patterns inspired by the the women behind the Bletchley Park codebreaking operation during World War II.

What made you decide to teach yourself to knit?

I was studying architecture at university, and we were in the same building as the textiles students. I kept finding myself kind of wishing I’d done that, so compensated by teaching myself to knit. I was immediately hooked.

Did you find any hurdles when starting to dye?

I’m trying to remember now — I think it was mostly just that there was no space to do it! 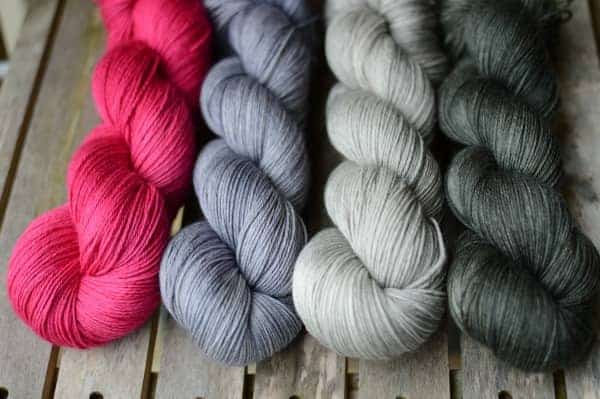 Which colors are you most drawn to and are there any colors that you find challenging to create?

I can’t pick out a favourite colour any more. It was always purple, but since colour has become my life, I’ve found myself loving shades I would have never looked twice at in the past. I would say particularly greens — I love all shades of green, from sludge to rich emerald, even chartreuse — I don’t even know if I suit it.

Um, I think a proper red is always a challenge. Reds are always slightly too orange or too pink — a good, neutral, rich red is unusual to find and can be hard to dye.

You studied architecture at university. Would you say it informs your dyeing or pattern designing at all?

It probably does without me realising it! I never give it a second thought to be honest.

Do you ever dye, or choose bases to dye, with patterns in mind?

In general, no. But, the whole premise of ECY was based on me wanting hand dyed yarn I could knit something in that wouldn’t look jazzy — at the time self-striping and pooling yarns were all the rage, and I wanted a nice plain purple. So that’s the underlying theme. But other than that, no, it’s entirely the yarn/colour relationship that I use. 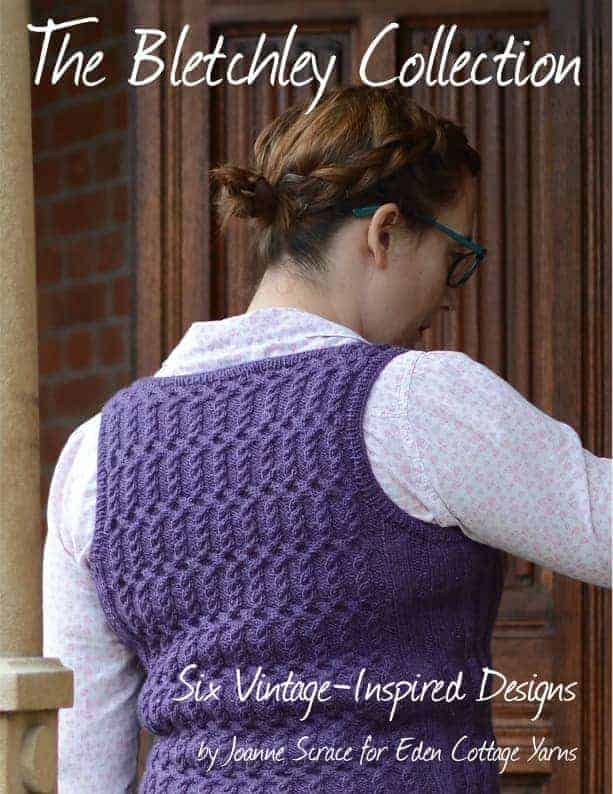 What’s the story behind the name Eden Cottage Yarns?

In 2011 I had a change in circumstances and found myself moving from a modern flat in central Manchester, to a crumbling 1720s farmhouse/cottage in the rural Eden Valley in Cumbria. I had no job lined up or anything, and was on my own, so decided it was a good time to have a go at starting a business. The name Eden Cottage Yarns is simply because I was living in a cottage in Eden Valley — simple as it is it did take my Step Dad and I quite a lot of deliberation to settle on it!

I understand you built your own website after leaving Etsy. What did that entail?

Firstly, I found it quite difficult to find a webhost I was happy with. Eventually I settled on Actinic, which I think has seen me through really well so far. They’ve been constantly improving facilities over the years, which is always good. I decided that since I had my time to myself, and absolutely no money, I’d best download their how-to guide, and give it a go. It was pretty simple, and I wanted a simple design, so it didn’t take long. I’ve tweaked it a bit since, but not that much, and it works well.

Name one thing you’re most proud of as you’ve built up your business.

Just the fact that I did it from a starting point of having absolutely nothing – actually I kind of had less than nothing as I’d been landed with approximately £9000 in personal debt (long story). I paid that off, and the business now employs me on a proper salary, as well as several freelancers as part time regulars. The first winter was so hard – it was so cold (no central heating) and I struggled to afford coal and food, and I was totally alone in a new place. I hope I never have to repeat it but it was definitely “character building!” It forced me to go out and talk to people, and get creative with making my money stretch, and wear a tonne of knitwear! It was the beginning of an incredibly happy life to be honest. Sorry — getting mushy now, I’ll stop! I just always figured I’d do it until I had to get a “proper job,” and as yet that hasn’t happened!