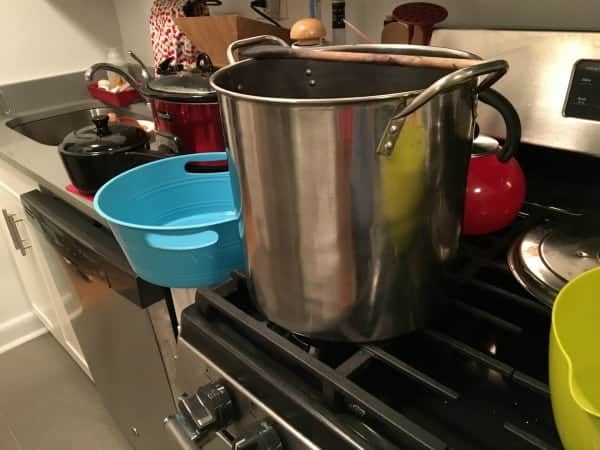 You would think that as someone who runs a website devoted to indie-dyed yarn, that I would have had some experience actually dyeing yarn. Well, believe it or not, I didn’t — until very recently.

A few weeks ago, Stephanie, a knitting blogger who runs one of my NYC knitting groups, organized a dyeing workshop at her apartment. While I had been tempted to take a dyeing class before, I had never followed through, and this was the perfect opportunity to try it out.

Stephanie had a few different bases to dye with, including BFL/nylon sock yarn and Bulky Targhee, which is what I ended up working with. She set up a soup pot on her stove for kettle dyeing and also had the option of hand-painting yarn on her counter. After seeing one of the knitters dye a gorgeous silvery gray sock blank and a couple others create a beautiful variegated colorways, I decided to try my hand at both methods. 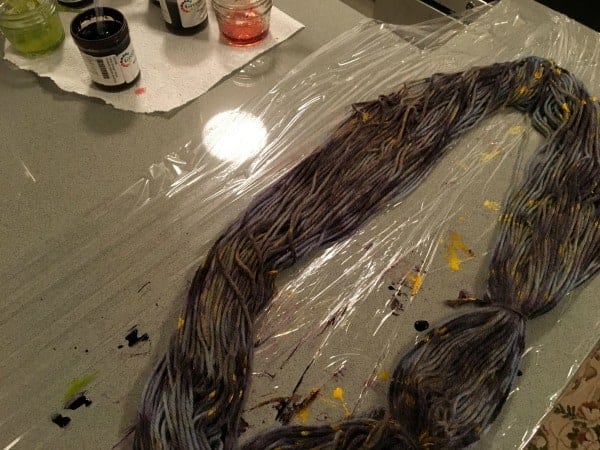 After pre-soaking the hank, I started adding the color, a mix of black and blue to get gray. Then, after the dye had penetrated, I removed the yarn from the pot and set it out on the plastic-wrapped counter to begin my painting. Using eye droppers, I covered a bunch of the hank with dark purple and then added a dash of yellow. I had wanted to include some green, but the yellow was a better choice, as it ended up turning green in the spots that the blue dye came through — my kindergarten color education definitely paid off! 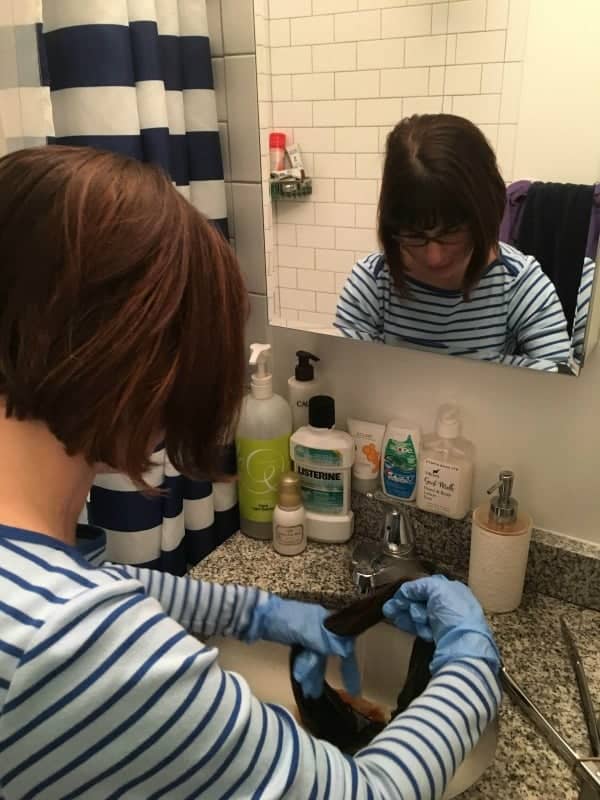 After “cooking” the painted yarn in Stephanie’s crockpot, I rinsed out the yarn in her bathroom sink and hung it up to dry in the shower. 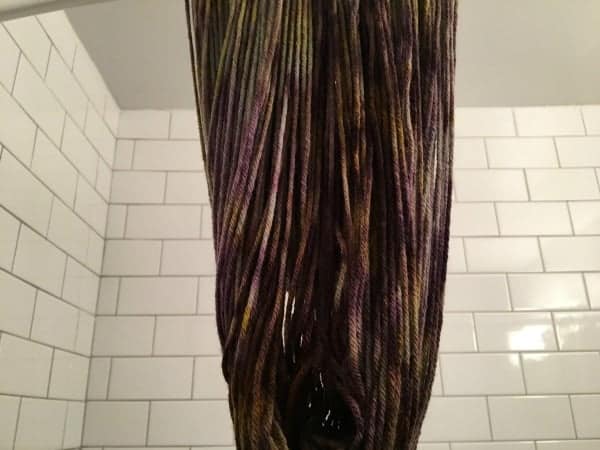 Stephanie said the colors became much more vivid as the yarn dried, and snapped a great photo of it in the hank before she wound it in a cake that I can knit from. 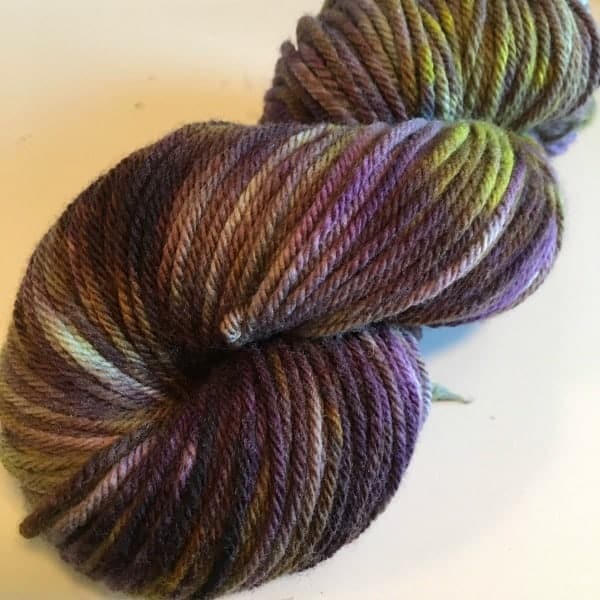 I’m thinking of making a hat with an interesting stitch pattern to break up the colors.

Of course this doesn’t mean I won’t leave the majority of the yarn dyeing to the seasoned pros who post to Indie Untangled, but I’ve definitely been bitten by the dyeing bug.