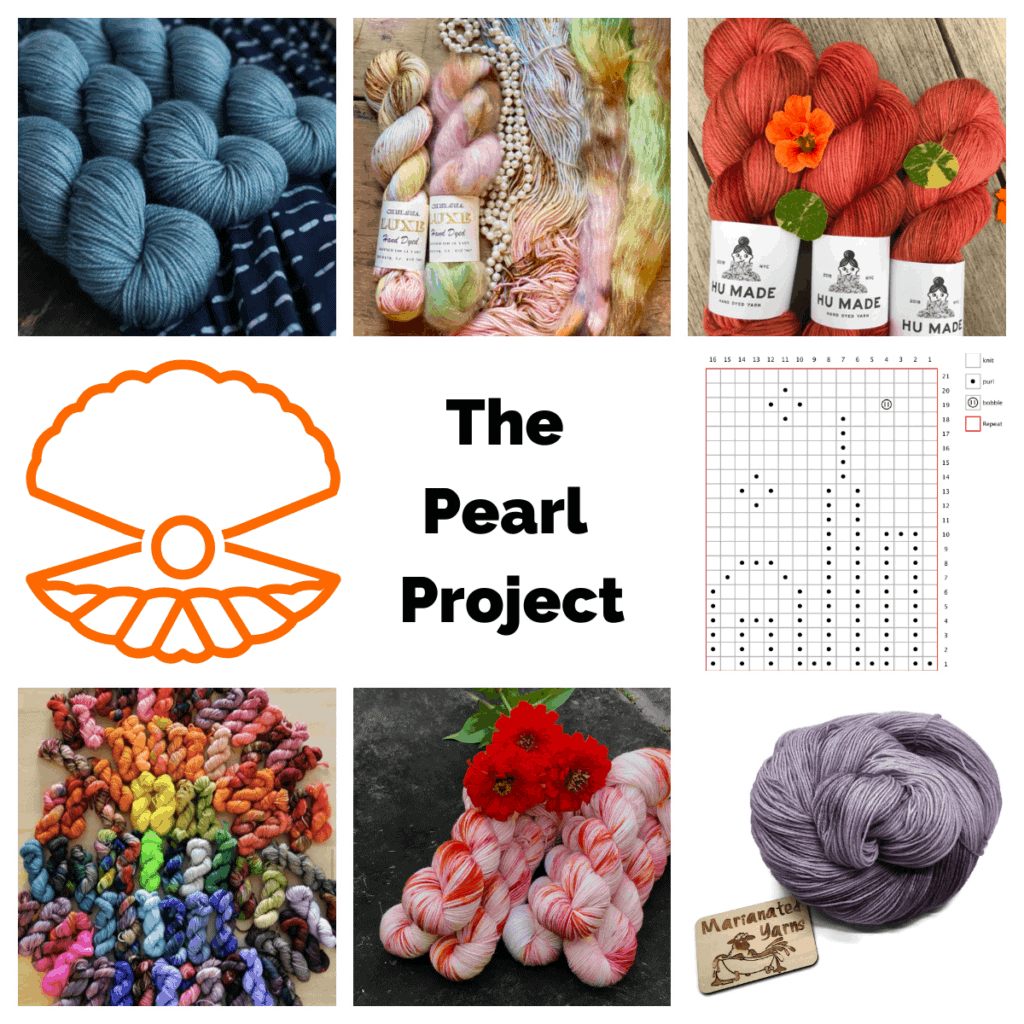 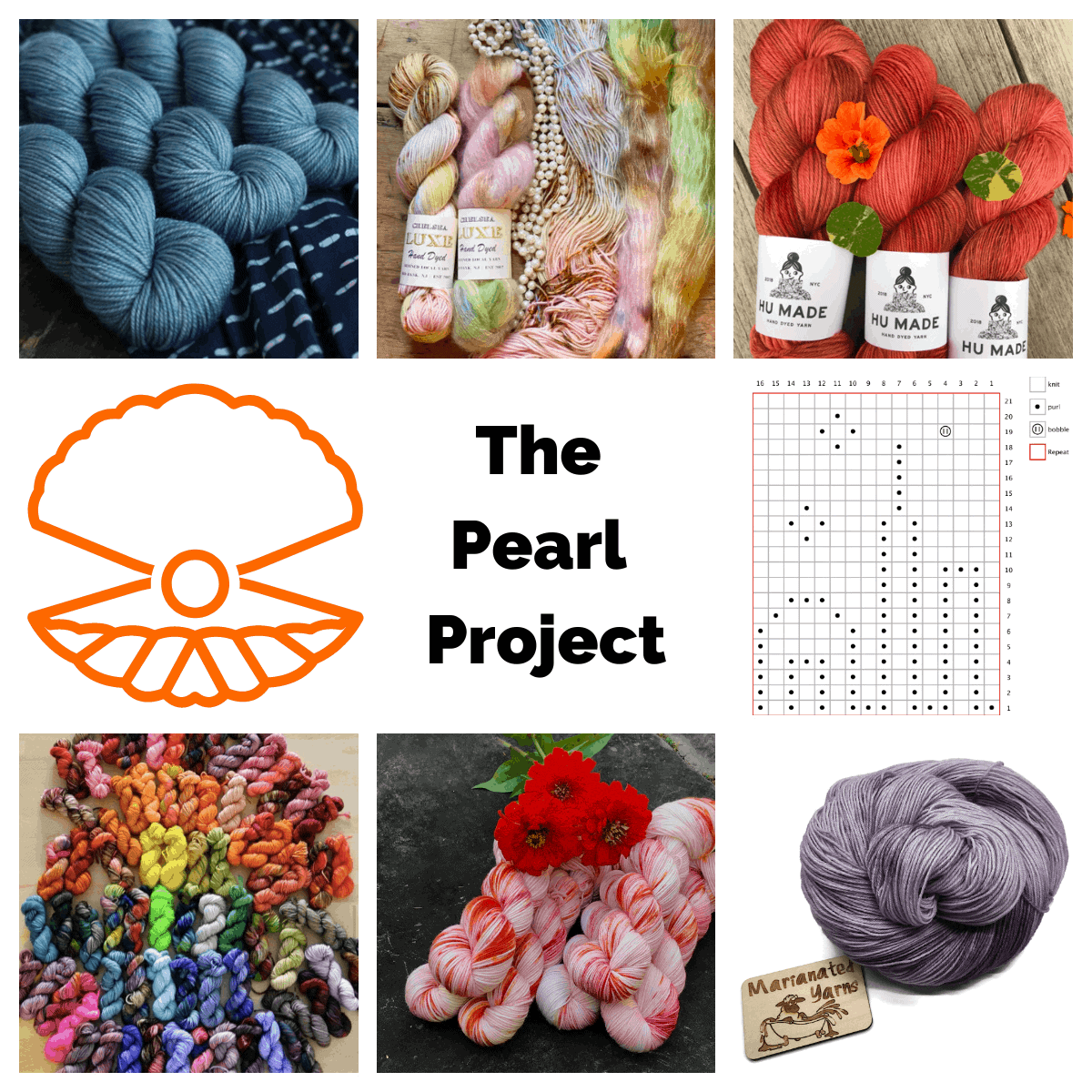 There are few New York knitters and crocheters who don’t know about the Manhattan yarn shop Knitty City. But beyond connecting the local yarn community, Knitty City‘s founder, Pearl Chin, has been instrumental in helping so many indie dyers and fiber business owners get their start and providing valuable advice as they move forward. Pearl has also been a role model for how to be a craftivist, using her platform as a leader to raise money and attention for important causes.

When I heard the devastating news about Pearl’s cancer diagnosis, I got in touch with a group of indie dyers that Pearl has been instrumental in guiding and championing. We thought it was fitting to turn our sadness into action. As we now grieve the loss of our friend and colleague, we can think of no better way to honor Pearl’s legacy. 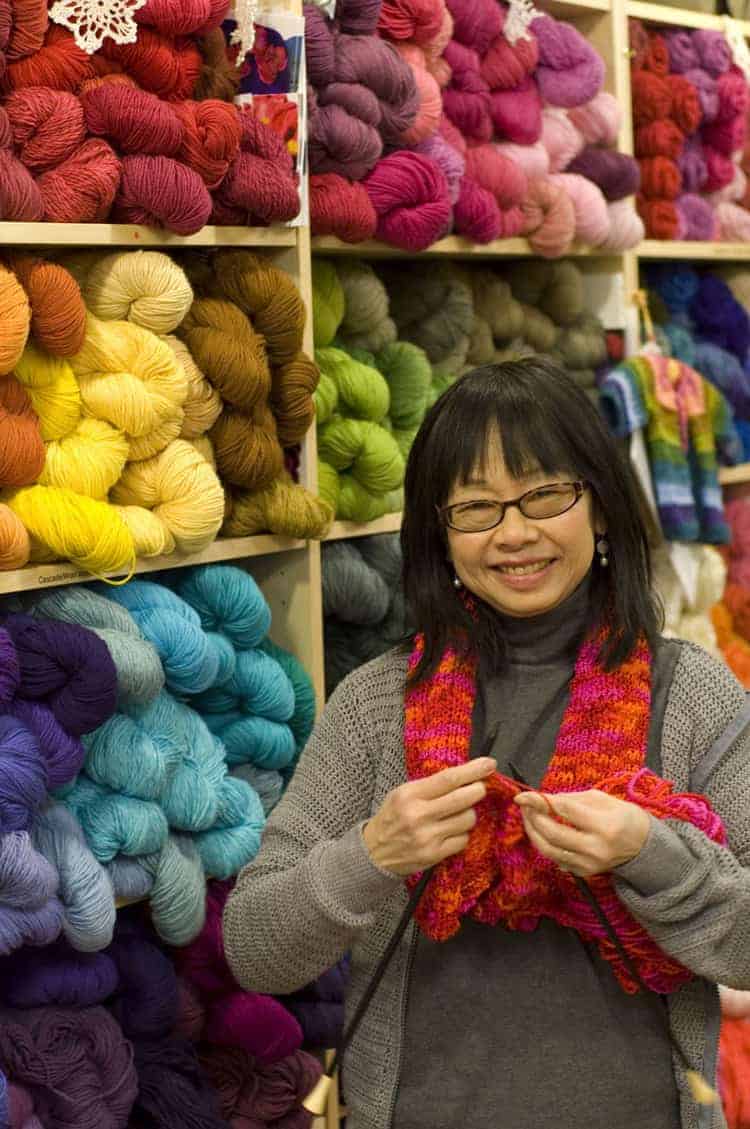 We have created special colorways and designs, and are hosting giveaways to raise money for organizations she has supported:

• Christina of Chelsea Yarns has created a colorway called String of Pearls, with proceeds donated to Moms Demand Action

• Amanda of Hu Made has created a colorway called Pearl Power, with proceeds donated to the Asian Americans Arts Alliance

• I will be designing a hat pattern called Pearl’s Oyster, with proceeds donated to the NFC Momentum Fund (I’m still knitting up the sample and hope to publish it next week)

• Marian of Marianated Yarns has created a colorway called Thank You, Pearl, with proceeds donated to City Harvest

• Debbie of Murky Depths Dyeworks has created a colorway called Pearl of The West (Side), with proceeds donated to Womankind, an organization serving the Asian community in New York, helping survivors of domestic violence, human trafficking and sexual violence

• Mariana and Nick of Nooch Fiber will be hosting a series of mini-skein giveaways, with proceeds donated to Heifer International