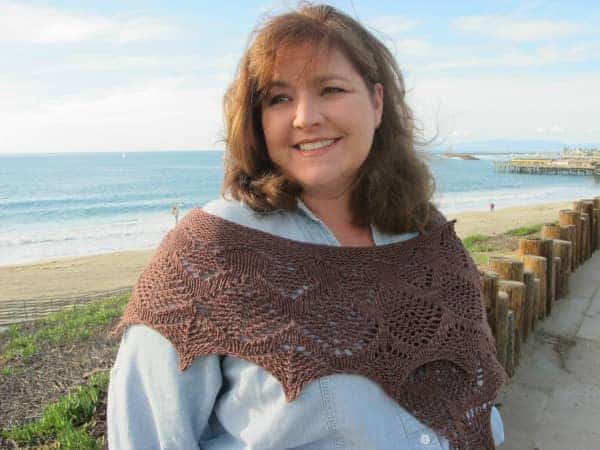 I didn’t know very much about Stephannie Tallent of Sunset Cat Designs when I started working with her as part of the inaugural Indie Untangled yarn club, other than the fact that she does wonderful things with lace, cables and textured stitches and that she is a fan of craft beer.

So, I did a little reporting before sending her some questions and discovered she had quite an interesting pre-designer history. As a 1989 graduate of the U.S. Military Academy, AKA West Point, she served in the Army for four years. It’s quite a nice parallel with Christine of Skeinny Dipping, the dyer I paired Stephannie with for the club, who also has a history of service, with the Peace Corps.

I spoke to Stephannie about her background, her design inspirations and, of course, her favorite brew.

A neighbor taught me the basics, and I learned from books and magazines from there. The internet wasn’t around then!

How did you decide to go to West Point and join the Army?

It sounded interesting, lol. I had no idea what I was getting into with West Point! I do tell folks it was a valuable experience.

I served for four years in the Army as a Military Intelligence officer. I was stationed in Germany, which I loved; I got to live in southern Germany, including Munich. I was able to do some traveling around Europe as well.

I deployed with 1st Armored Division for Desert Storm as well.

Did you meet others in the military who knit?

No; though I knit a little bit when I was stationed in Germany, I didn’t meet any other knitters. 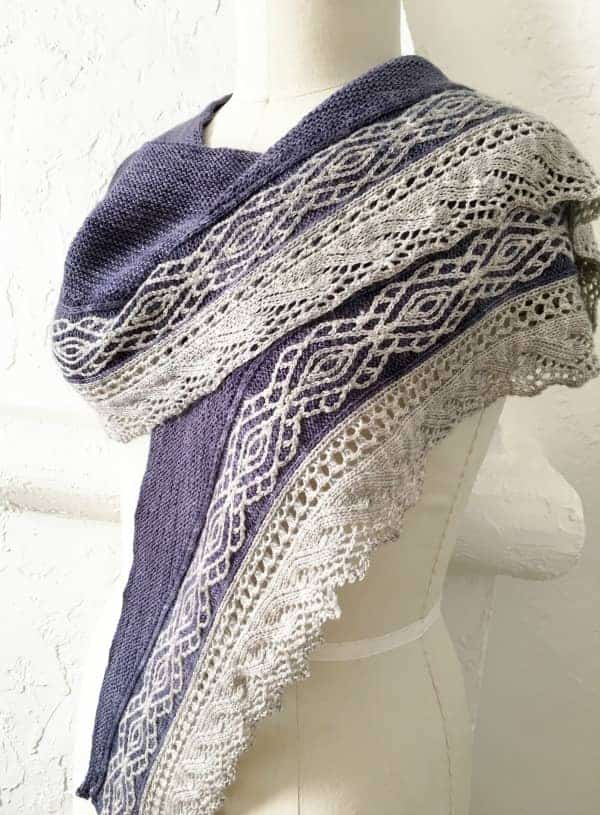 What made you decide to become a designer?

I started modifying designs then took the next step in creating my own! The Knit Picks IDP was just starting up, and Ravelry was really in gear, when I first started designing. Those two things made self publishing very accessible. I also realized I loved a lot of the tasks ancillary to designing: learning about layout, graphic design, and so on. 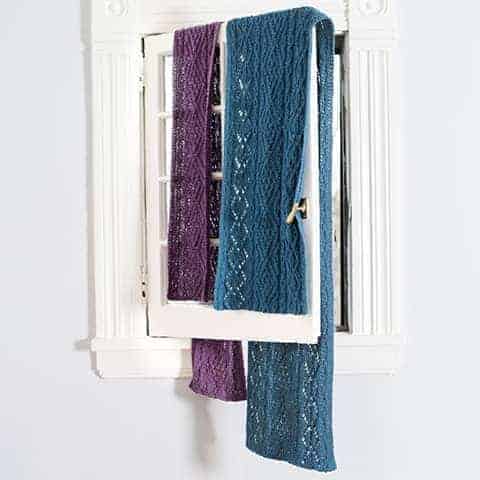 It really depends on the particular pattern and the reason and inspiration behind it. If I’m answering a call for submissions, I usually brainstorm what I would like to design that fits the call.

If it’s a single pattern to be self published, I generally have an idea of what I want to do (i.e. a cabled cowl) and I start by playing with stitch patterns.

If it’s a pattern for a collection, I brainstorm palette, yarn types and yarn companies, types of patterns, techniques to be used, etc. first before narrowing down individual patterns. 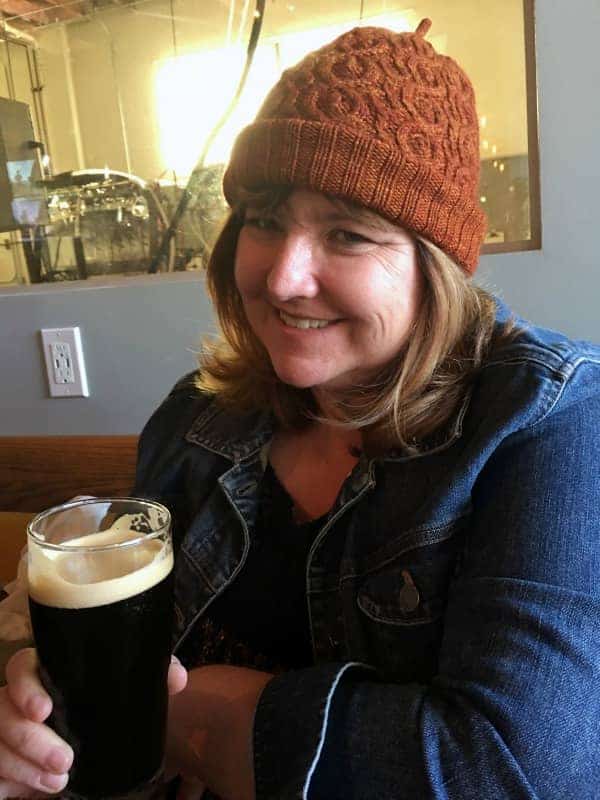 What’s your favorite beer or brewery?

My favorite brewery is The Bruery in Placentia, California. They do a really interesting mix of beers. Before going to their tasting room, I’d seen some bottles in stores, but they were primarily the Belgian-inspired beers like Mischief. I had no idea of the range of barrel-aged beers they did until we visited the tasting room. I was in barrel-aged beer heaven. They also do a lot of sours, and I’m starting to drink more of those. They’ve just opened a second tasting room (The Bruery Terreux) that focuses on farmhouse wild and sour ales that we’ve not yet visited.

At home. I usually knit on my couch.