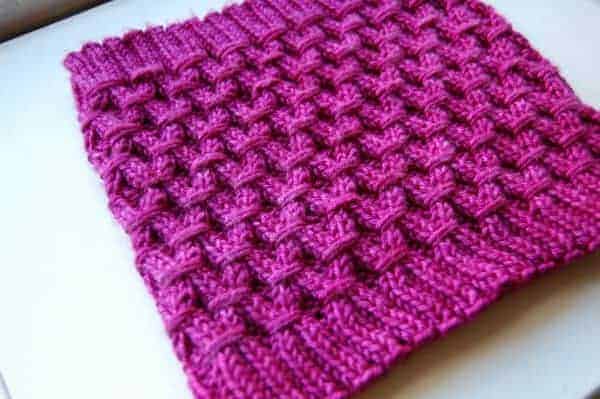 When I first saw Duck Duck Wool‘s Boys and Berries colorway, I knew I had to have it. The opportunity came at the Rhinebeck Trunk Show. There wasn’t a whole lot left when I finally got to visit Sandra’s table, which had been mobbed. And there it was: the shiny pink-purple that most people who know me would call a Lisa Color.

I would have taken a bunch of skeins, but there was only one lone skein of 50/50 DK. In deciding what to make with it, I found a couple of people had made Tin Can Knits’ Gather Cowl. I had the pattern since I made the hat for my nephew.

I cast on while watching the Macy’s Thanksgiving Day Parade and finished late last night. It still needs a quick block, otherwise I would have it on right now. It is the color of my dreams, and now I have to decide on a way to get, and use, more of it. 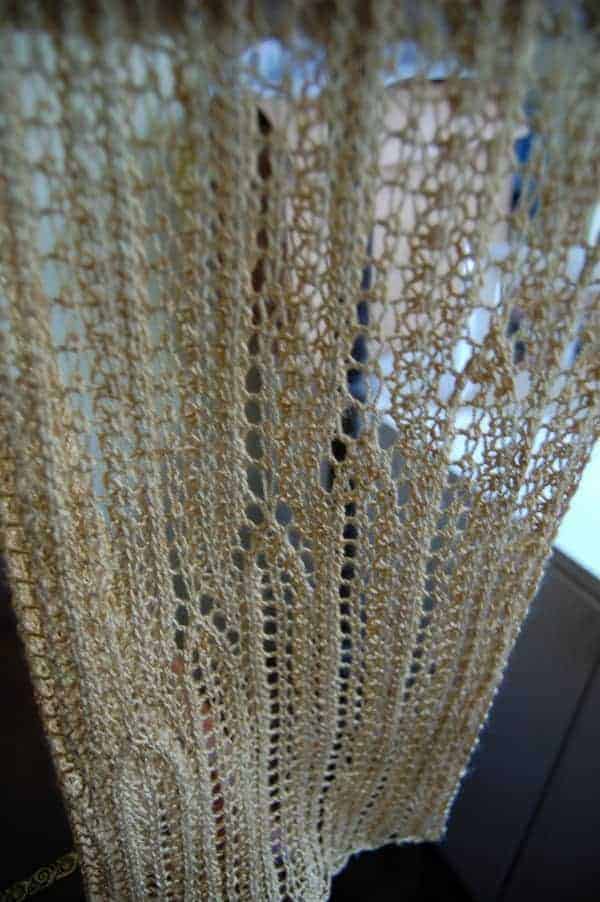 The other project that’s ready to be blogged about is the Aphasia I finally blocked this week in anticipation of finally giving it to its recipient. I knit this scarf for Carmen, who lived with my family in 1998 as an Italian exchange student. She got married in May and my parents were supposed to go to the Roaring ’20s-themed wedding, but my mom was having heel pain and they decided to reschedule for September. My husband and I were all set to go with them, but then he ended up having back pain that turned out to need surgery. Luckily, Carmen and her new husband decided to take their belated honeymoon in the U.S., and just flew in last night!

I have to thank Melissa Wehrle, aka Neoknits, for handing off her leftover Straw Sea Silk after I was running out perilously close to the end. I ended up meeting her in Midtown to get it when I thought I’d be flying out to Italy that next week. I finished it anyway, and it’s been sitting in the To Block pile.

Though it probably won’t be quite warm enough for our winter, I’m definitely glad to get to give it to her in person.