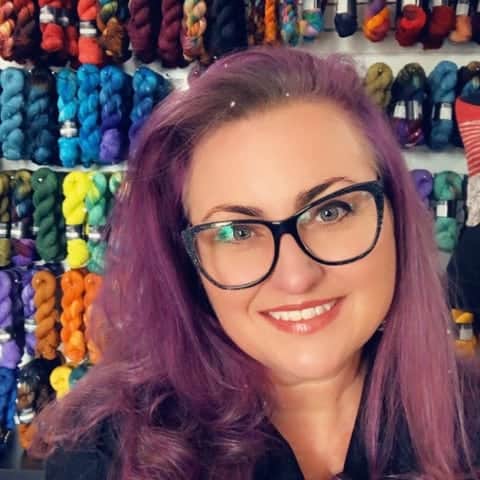 This is the eighth in a series of blog posts featuring the fabulous sponsors of Indie Untangled Everywhere, taking place from October 15-17, 2020.

There are many indie dyers who start their business after learning how to spin yarn. Stephanie of Deep Dyed Yarns is one of those dyers. She’s also one of the few indies selling hand-dyed fiber as well as yarn in the Indie Untangled Everywhere marketplace. Here’s her story.

My yarn dying adventures began as a snowball effect. In January of 2007, I bought my first spinning wheel and became hooked. It wasn’t long before I had amassed a large amount of handspun yarn.

There was no way I would use all of the yarns spun, so an Etsy store was created. To my utter delight and astonishment, it all sold. More fiber was purchased to be spun and I thought, Why not try my hand at Kool-Aid dyeing? From there, I progressed to commercial acid dyes and began listing hand-dyed fibers. There came a point where I could not keep up with supply and demand of handspun yarn, so han-dyed, mill-spun yarns were added to the line-up.

A friend encouraged me to try a local festival in the fall of 2007. The first booth consisted of a card table and bread rack. It was such a warm, welcoming, and shockingly successful experience, I began looking for more to attend. Pennies were saved and trailers to haul displays were purchased. A small metal building was constructed that has evolved and been improved upon a little each year. One year it was insulation, another was a ceiling, another was proper ventilation, enclosing the dye area, etc.

It has been a 13-year journey of love, friendship and sometimes tears. There have been so many amazing people who have influenced me. I am so grateful to everyone who has encouraged, uplifted, supported and been there for me in not just my journey as a dyer, but all of us as a community. 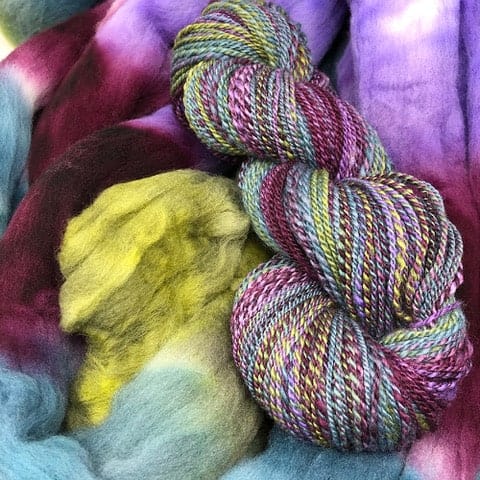 Black goes with everything in my humble opinion. In all honesty, I love all colors. Maybe a few more than others, as I can’t get away with wearing yellow or orange, but that doesn’t mean I snub my nose at all the pretty shades, tones and hues they contain.

No, I pretty much dye what I like. Color combos are tested in the pots and if I really love it, they make it online or to the festival floor. 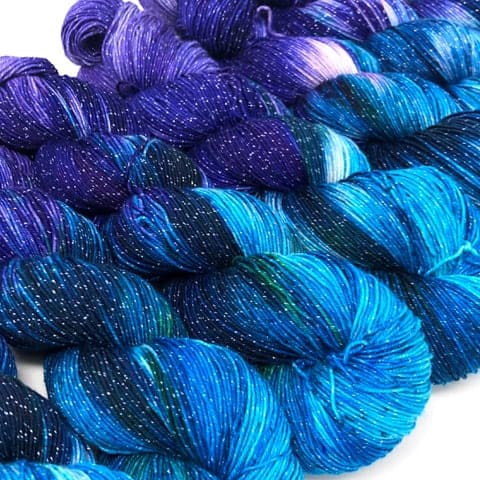 Can you share some of your plans for Indie Untangled Everywhere?

So… I might be a fly by the seat of my pants kind of girl. This is a new style of show for me and while ideas are brewing, I do not have a concrete plan in place. I am hoping to showcase some of the most popular colors and colors that complement them. Maybe a little time talking about what it’s like spending so much time on the road. Oh, and there’s always time for showcasing patterns using my colors as well as a studio tour! My one goal is to not drop the ‘F’ bomb, lol!

A funny thing happened on a returning British Airways flight from London Heathrow to JFK in New York. The year was 1997 and it happened to be my first overseas trip for a tour of Scotland.

Upon takeoff, the lady next to me pulled her knitting out of her bag and began to knit a simple corner-to-corner afghan for her soon-to-be-arriving grandchild out of some very lovely yellow wool she bought while visiting England. I asked question after question about what she was doing at the ends and she explained they were yarn-overs to make the blanket grow larger with every other row and purling to keep the edges from curling. And she kindly suggested that I find a local yarn shop when I got home for lessons.

Shortly thereafter, I fell asleep and did not wake up until after the flight landed. No joke, I have slept through tornados and earthquakes, so a plane landing was a walk in the park for me! Once home, yarn and metal needles were bought at a big box store and I taught myself the ‘e’ cast-on and how to knit, purl and yarn-over.

Feeling confident and thrilled with my progress, the next step was a visit to the local yarn shop where more yarn and a simple little pattern was purchased. And, that’s where trouble started. The kind lady on the flight mentioned something about not knitting like her, but I was so groggy that I didn’t remember that part in the thrill of teaching myself by mimicking what I remembered her doing. It was so frustrating because nothing I did would make the pattern show up. K, P, K2tog, SSK, YO….. NOTHING WORKED!

That is until I checked out Kids Knitting by Melanie Falick at the local library. I followed the steps page by page and not advancing until the next step. Casting on and knitting the first row were simple and then the next set of directions said to TURN THE WORK! I about died of laugher! You see, I taught myself how to knit back and forth instead of turning the work because that is what the very patient lady on the plane had done. 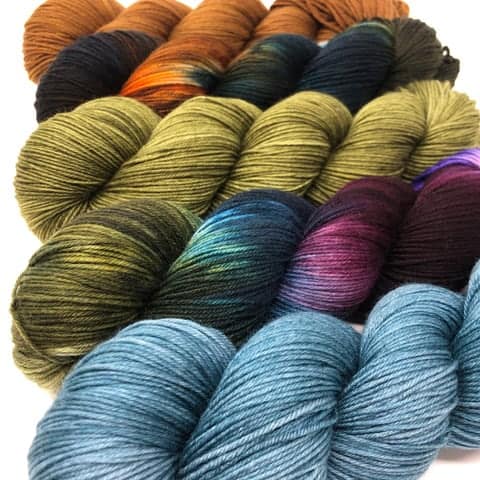 Since you sell fiber, do you spin?

I certainly do and feel it has made me not just a better knitter and judge of yarn, but also a better dyer. When you spin, the colors and combinations of colors you use can drastically change the outcome of your yarn. 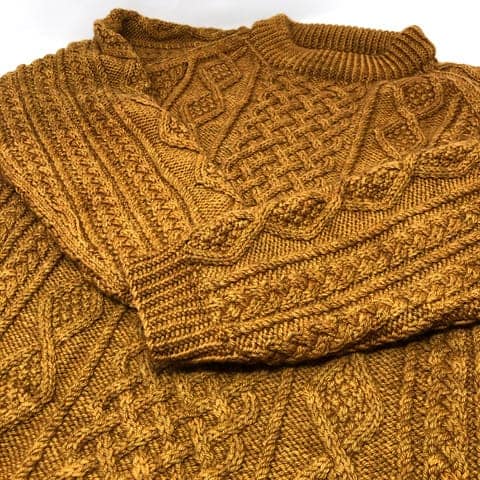 In no particular order:

What’s currently on your needles?

Light in Shadows by Milja Uimonen using Align in colors Driftwood and Caramel.