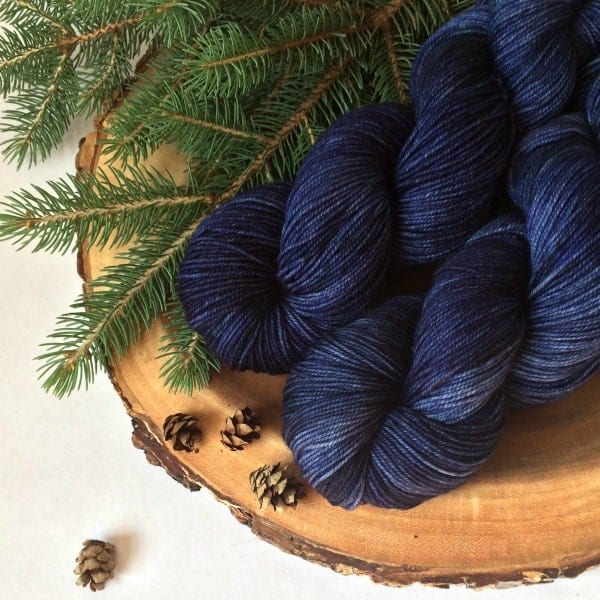 Today is the last day to get your hands on the debut Knitting Our National Parks colorway from Backyard Fiberworks! Preorders close at midnight Eastern Time tonight. 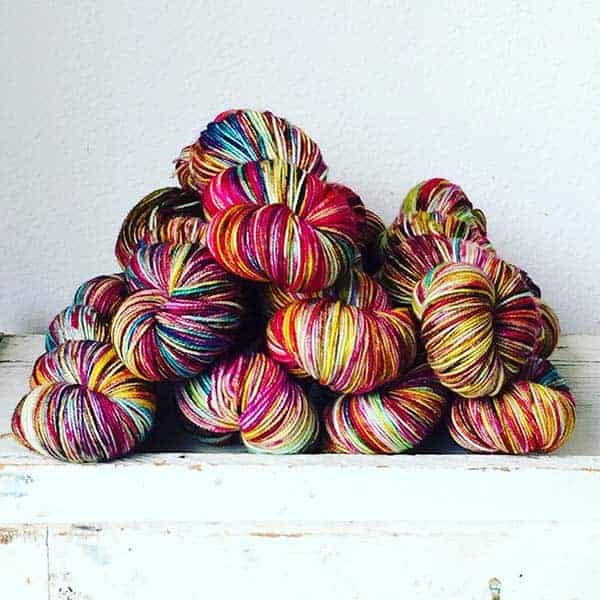 Krista of Pigeonroof Studios is celebrating more than 10 years in business by updating her shop with Greatest Hits. They include Electric Rose (pictured above), Ricochet, Ghost Orchid and Pansies, dyed on American Sock yarn as well as Polwarth/silk and Superwash Merino spinning fiber. As a fellow Indie Untangled fan, you can get 10% off until July 8th with the code INDIEUNTANGLED. 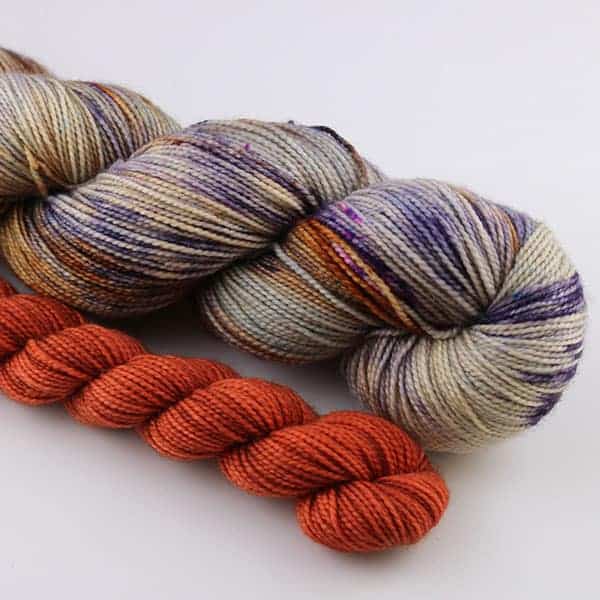 The yarn from IU newcomer Old Rusted Chair is much more colorful than its rustic name implies. Dyer Lauren hails from Nashville, and has a great line of semisolids, along with a ton of fun variegated and speckled yarns. She recently added some new sock sets, which include a 100g skein of speckles plus a 20g mini skein of a complementary tonal color.

SpaceCadet’s SpaceMonster Mega Yarn Club, a yarn club devoted to worsted and bulky weight yarns, is now open to new subscribers for a limited time. Subscriptions are either six months or 12 months and include a gift along with the yarn.