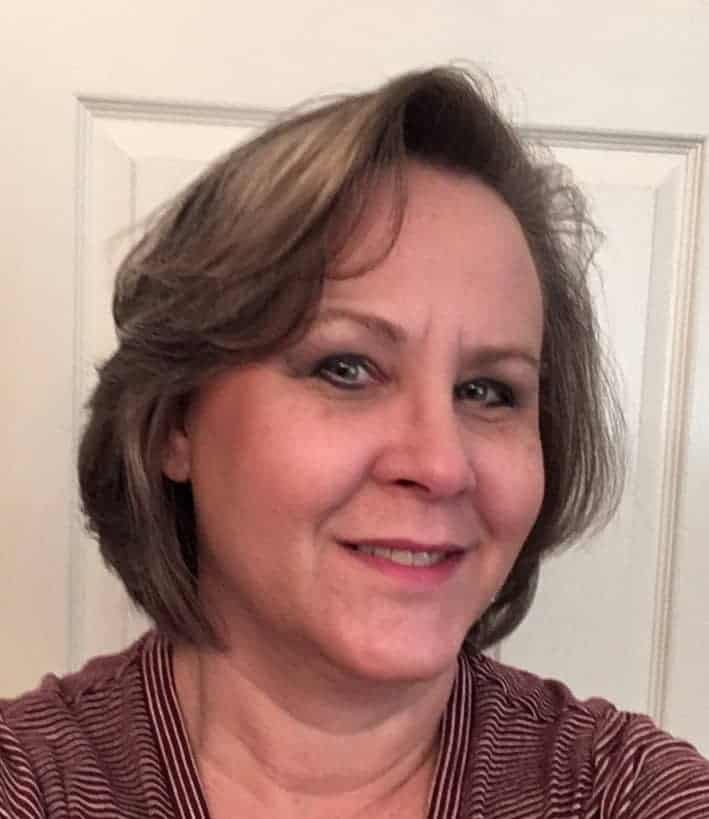 Sue of Invictus Yarns was one of the first dyers I reached out to when I began putting together Indie Untangled four years ago. Since then, she has become one of the most prolific posters, with a beautiful range of products that include her standout gradient and rainbow miniskein sets and expertly dyed variegated colorways.

It was something that seemed fun to try. A few people asked me to dye skeins for them, too, and before I knew it, I had a shop and had a booth at Lambtown, a local fiber show. I haven’t looked back, and have discovered that I really enjoy my time in the dye pots! 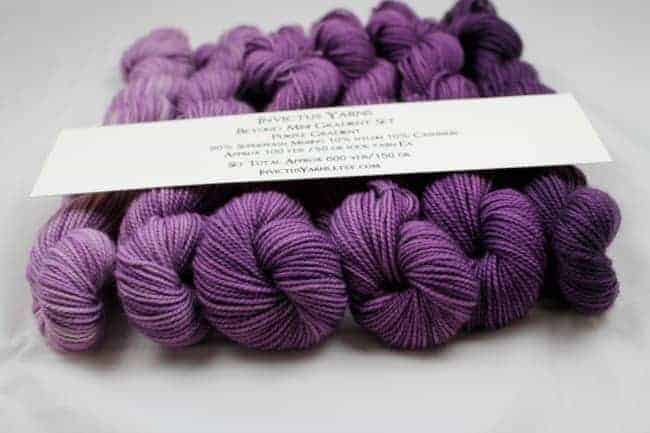 How did you decide on the name Invictus Yarns?

The feelings of strength, courage, and determination that came with with the process were just amazing, and I wanted something that would convey them. As soon as Invictus came into my head, I knew it was the direction I wanted to go. 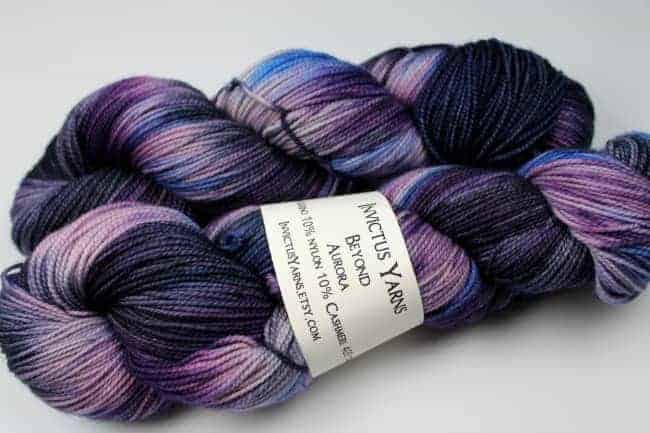 Purple is definitely my favorite color, but I’ve always loved jewel tones. I was never a fan of oranges, but have to admit that it’s become a fave lately.

It seems like I’m always on the hunt for the perfect red. I don’t think I really realized how many different shades there were before I started dyeing! I think the biggest challenge is often with getting accurate pictures for the shop, especially for reds and greens.

How often do you update your online shop?

It varies, but usually several times a month.

Is dyeing your main business, or do you have another job?

I still have another job, but have cut it down to just a few hours per week so that I can spend more time on the shop. Dyeing is definitely my main business.

I think that changes every time I see another project! : D I love seeing the projects on Ravelry and at shows! A Phoenix-Wing shawl that was knit for a booth sample will probably always be one of my faves, tho. It was like wrapping myself in a giant hug when I opened it.

What are some of the best things you’ve learned running your fiber business?

Hmmm. This may sound really silly, but it’s the first thing that comes to mind: I felt rather awkward when I began doing fiber shows, but learned that it can be a real blast to chat with people. As an introvert, that was a biggie, even if it sounds pretty basic. It also goes along with the whole Invictus strength-courage-determination thing, now that I think about it! It can still be a challenge trying to determine how much to chat and how much to let people just browse without coming across as though you aren’t acknowledging them, if that makes sense.