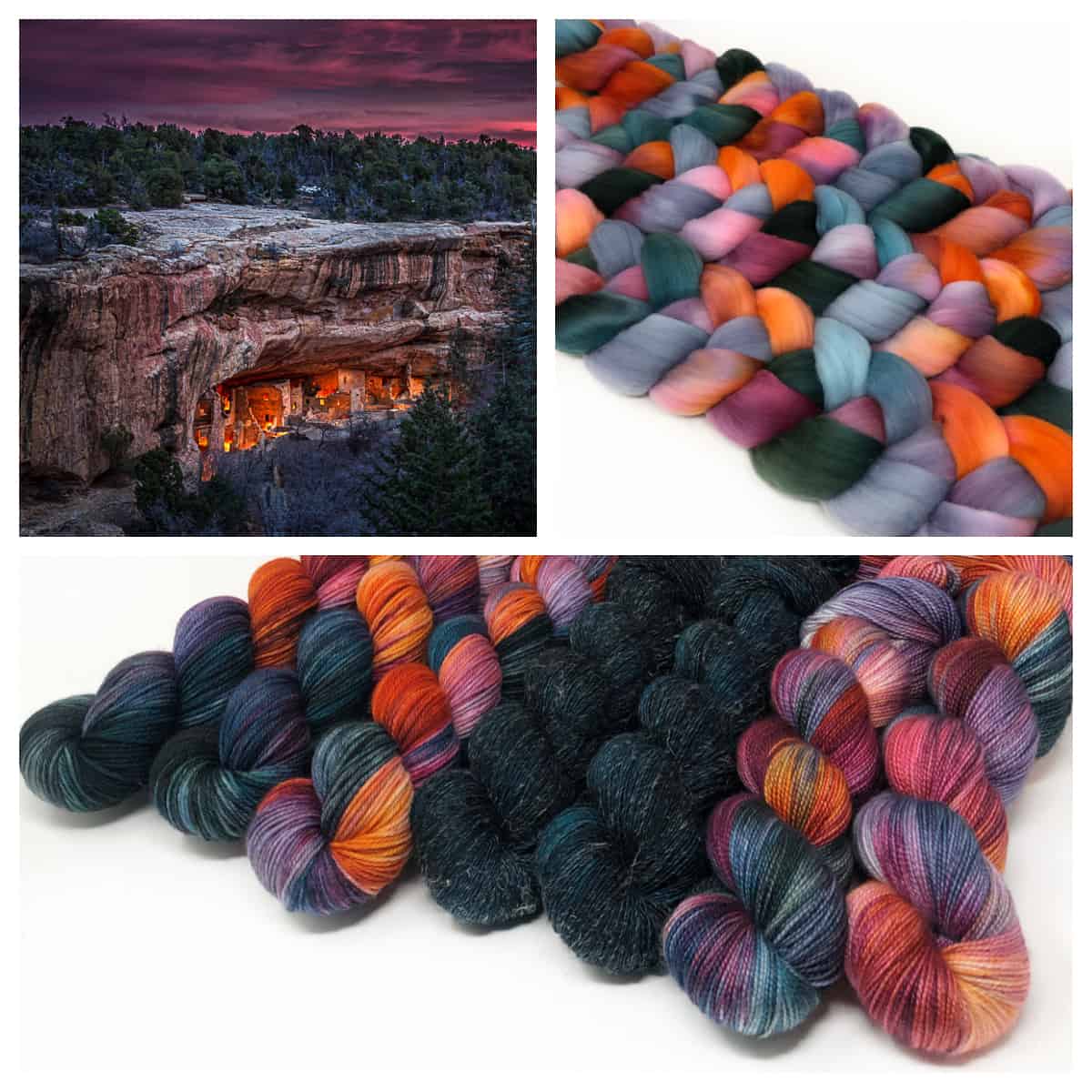 For the latest installment of Knitting Our National Parks, Faery of Apothefaery Luxury Fibers takes us to Mesa Verde National Park in Colorado, also a UNESCO World Heritage Site that features hundreds of cliff dwellings once occupied by the Ancestral Puebloan people. Inspired by the photo above, captured by Steven Yabek, Faery created two colorways — the variegated Luminaria and the semisolid Spruce Treehouse. They will both be available on four bases, from lace to DK, plus Luminaria will be dyed on U.S.-grown Rambouillet spinning fiber.

These colors will be available to preorder on Indie Untangled until Friday, August 27. As always, 10% of all sales will be divided between the National Park Foundation and the Native American Rights Fund. 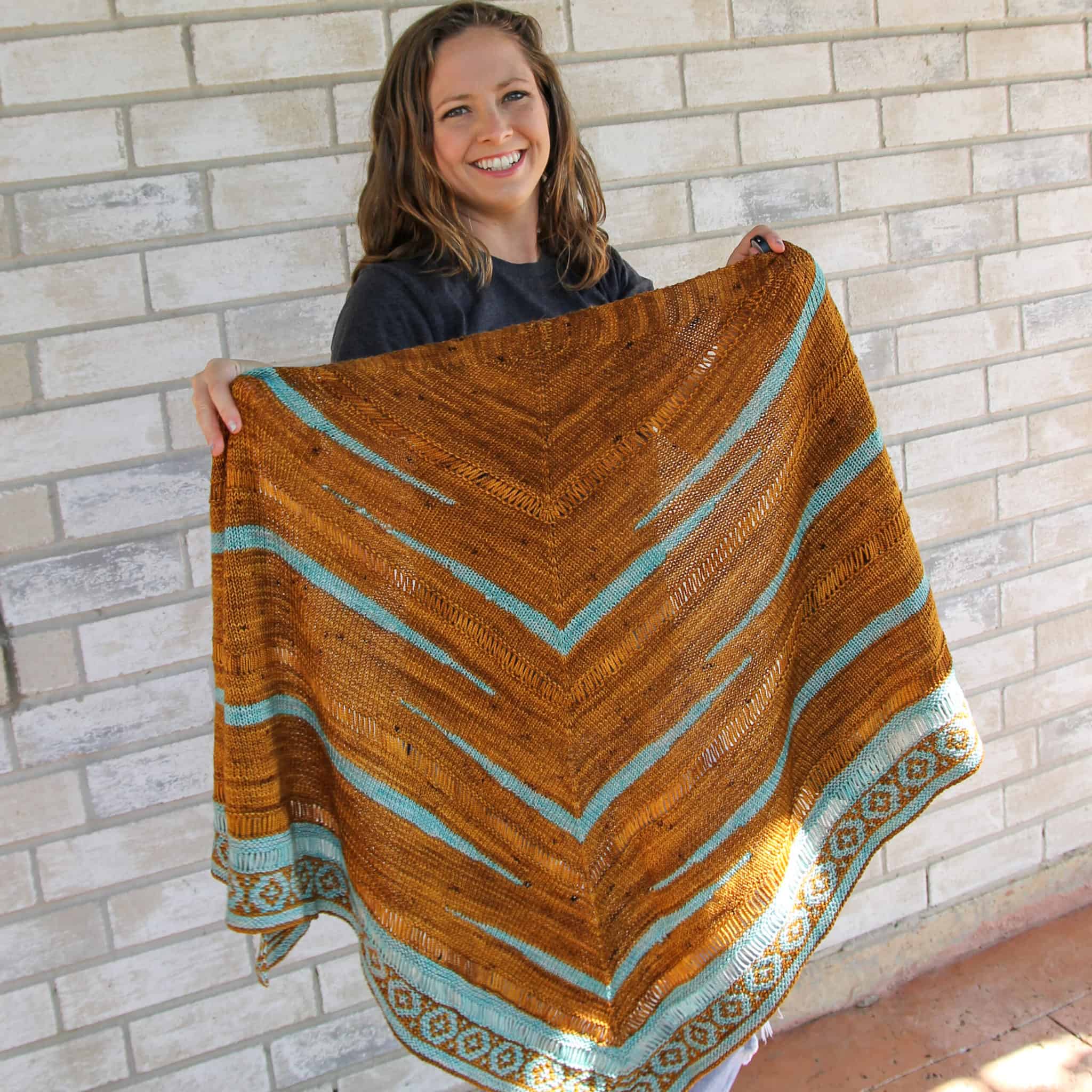 Ashleigh Wempe’s San Angelo shawl is inspired by her former Texas home and its mesquite artwork inlaid with turquoise. This triangular shawl features short rows, wrapped stitches and mosaic colorwork. Use the coupon code MESQUITE to get 10% off this pattern until midnight on August 16. 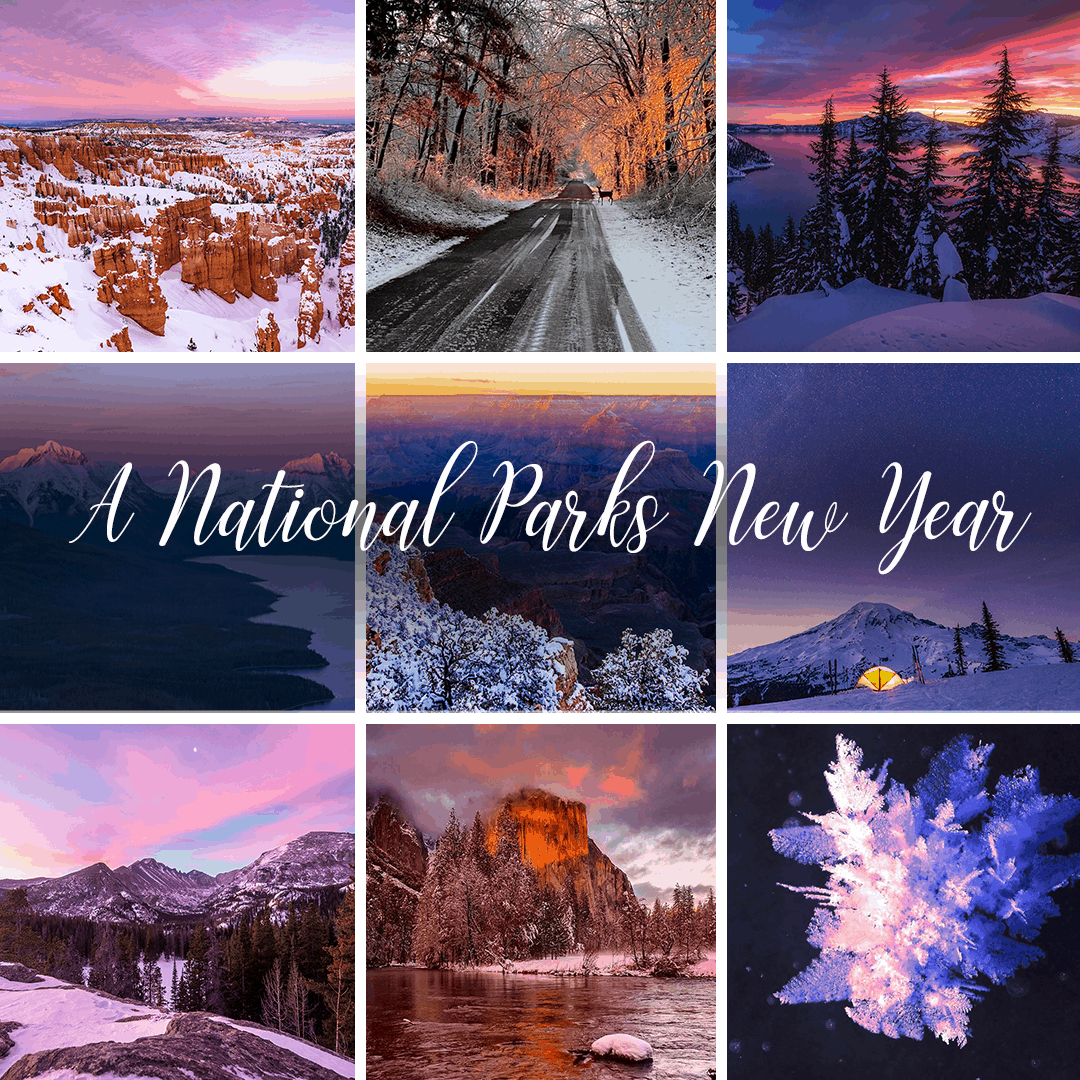 I’ve brought together 27 dyers and four makers for A National Parks New Year, a month-long journey through the U.S. national parks in wintertime! Preorders for this New Year countdown box will be available through the end of August or until they sell out (and it’s already more than half sold!).