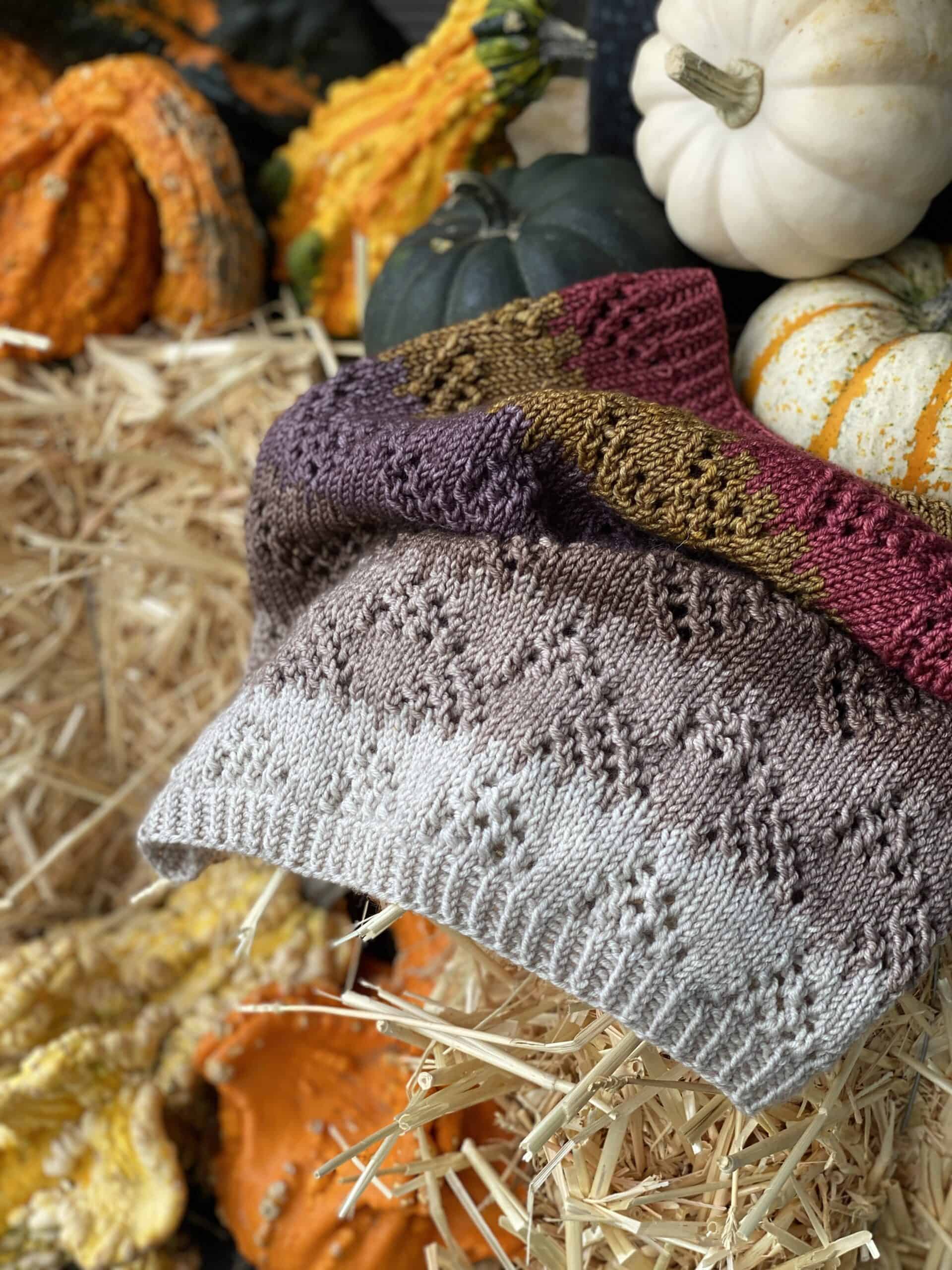 Crystal of Milly’s Knit Desgins teamed up with Kimberly of Palmer Yarn Company for the Solitude cowl, which brings together six DK-weight mini skeins and a lace pattern that provides a subtle transitions between color changes. The pattern can be purchased as part of a kit from Kimberly or on its own from Crystal’s web or Ravelry shop, and Indie Untangled insiders receive a special 25% discount off the pattern with code SOLITUDE through October 29. 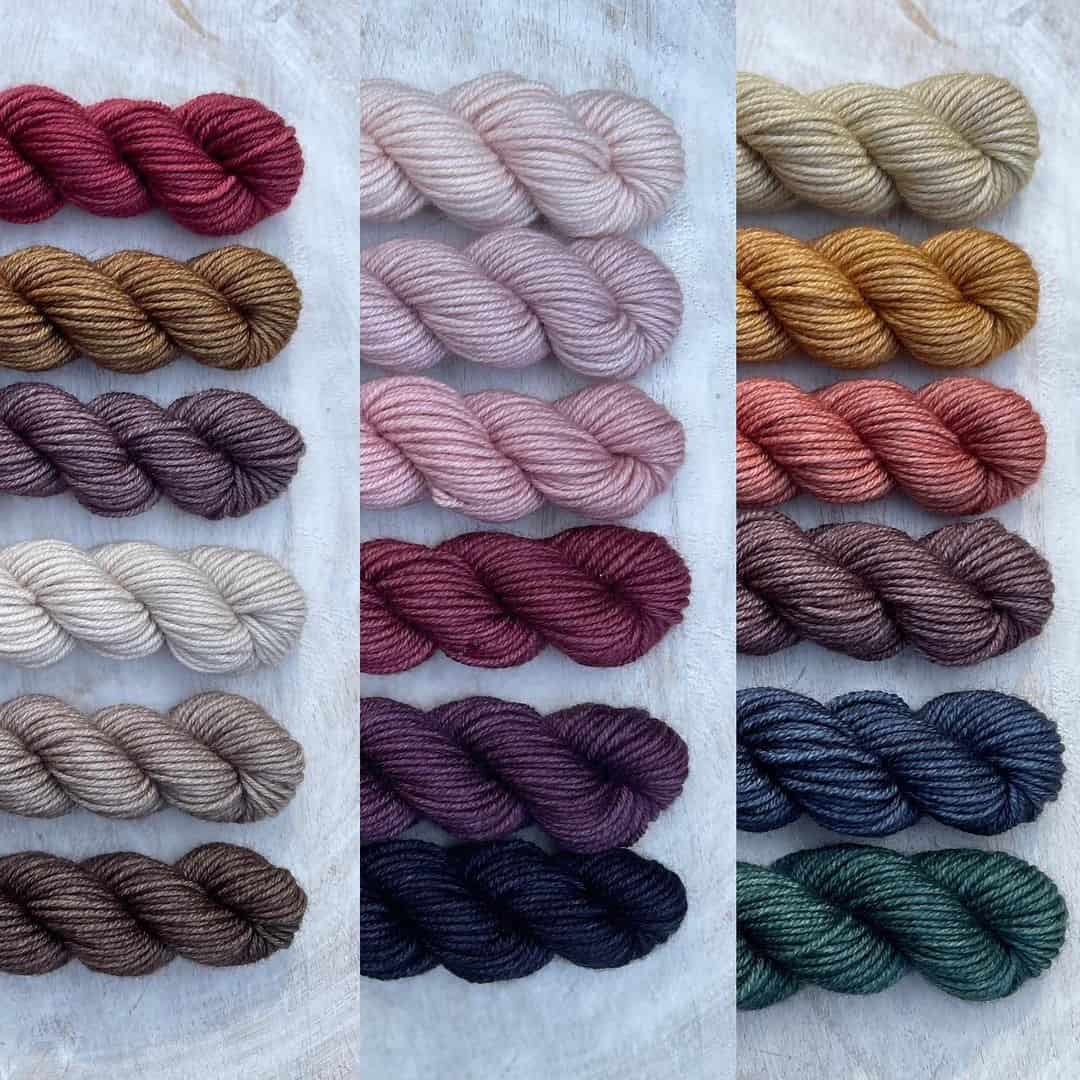 Speaking of Solitude… Kimberly of Palmer Yarn Company has three different custom color combinations. They’ll be available for a two-week preorder starting this Sunday at 2 p.m. CT, and mini sets will ship at the end of October. 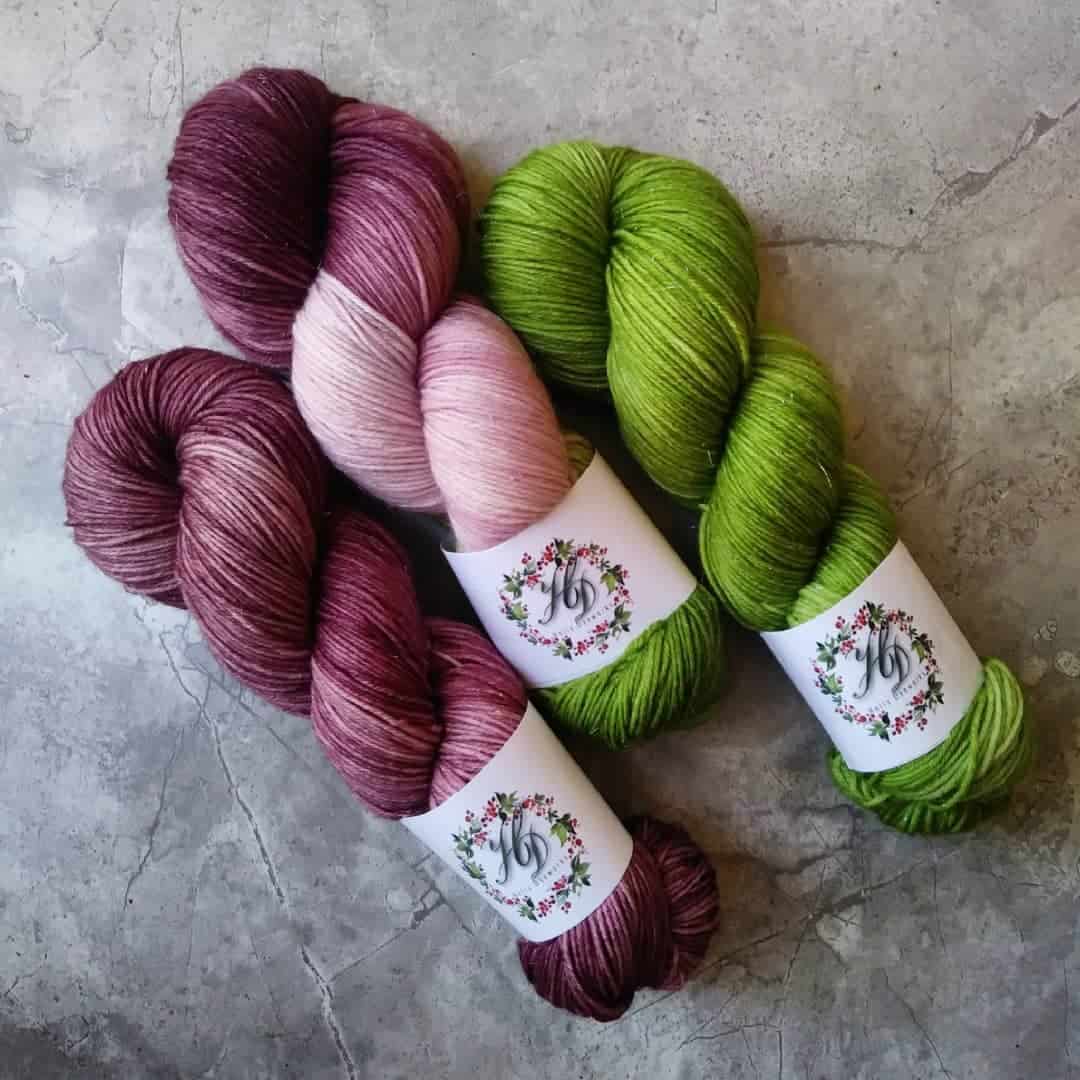 Eve of Holly Dyeworks has new fall colorways up in her shop, including Fletcher, Asheville Estate and Asheville, pictured here as a trio. There’s also a Wicked Sock Set that’s part of the Backstage Lights Yarn Club and there are Sugar N’ Spice Blanket kits. 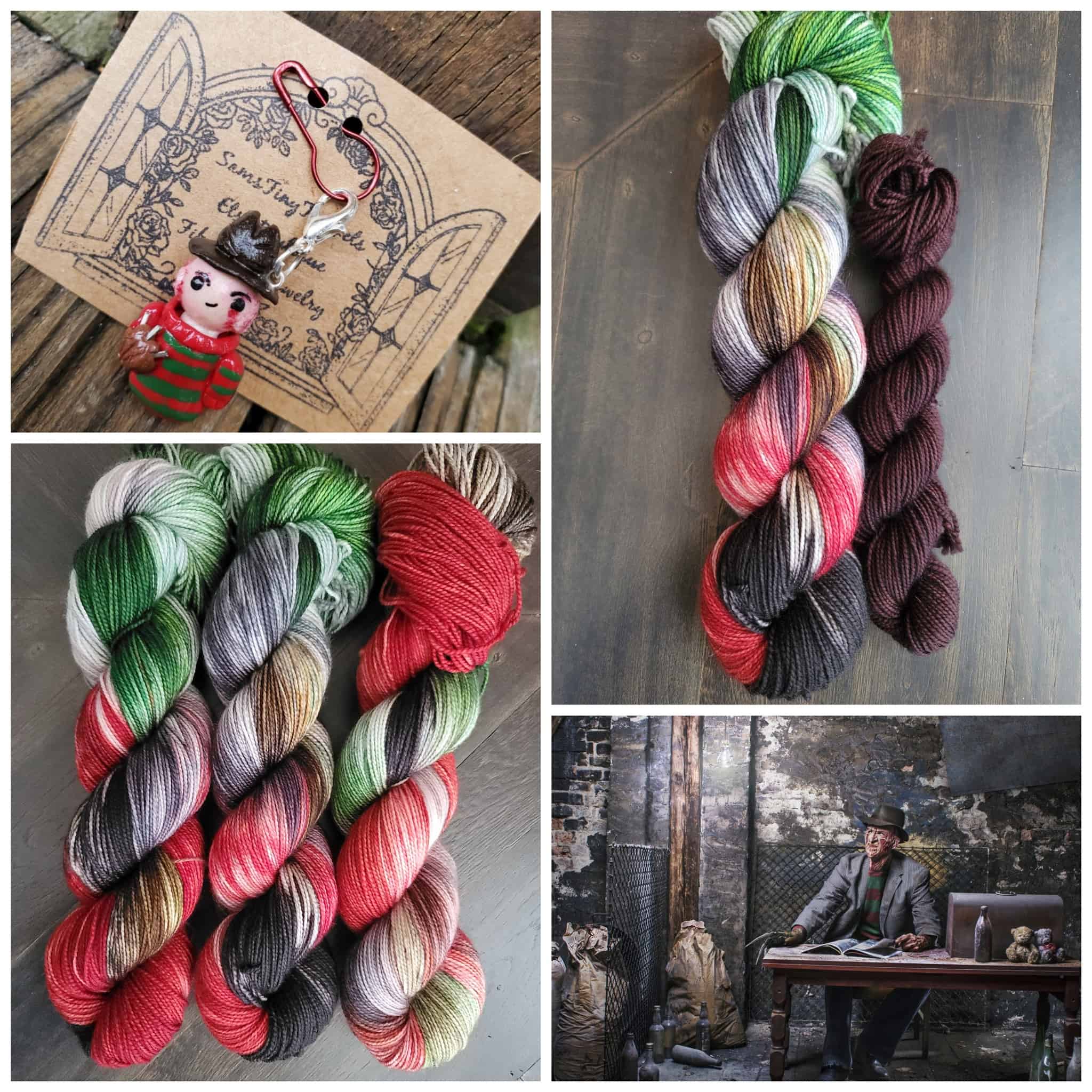 Just in time for Halloween, the Woolen Women have a Nightmare on Elm Street colorway that will scare your socks off. 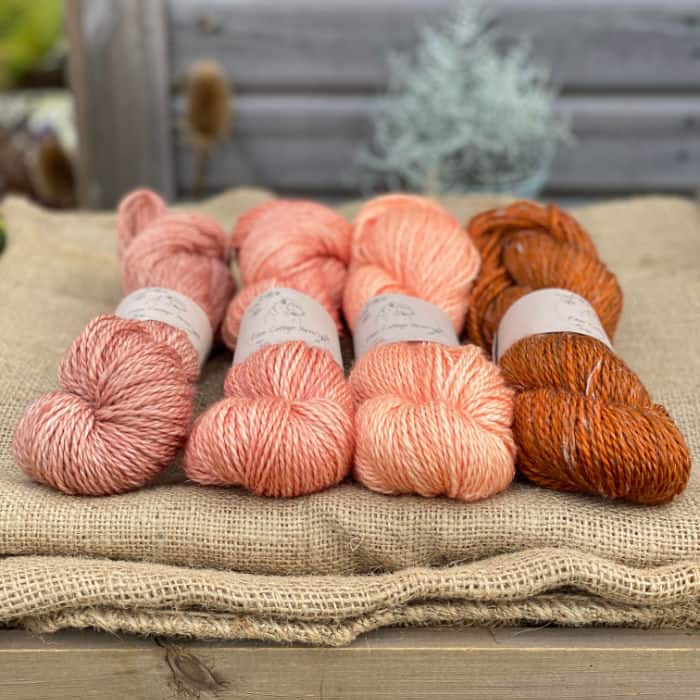 Victoria and the Eden Cottage Yarn crew have released a new base called Keld Aran, an Aran-weight blend of extrafine Merino and linen.