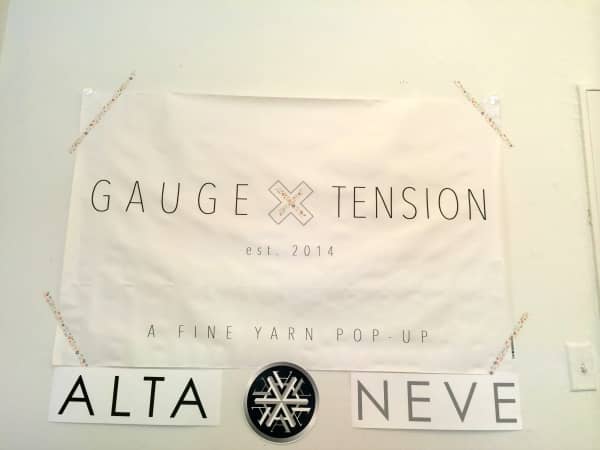 New York City certainly doesn’t lack for local yarn shops (and there will be plenty to keep everyone busy during the NYC Yarn Crawl next weekend), but Michele Wang’s Gauge + Tension, which opened Saturday, fills a special niche. Since it’s only open for three months, it kind of has the feel of a long-term, chic fiber festival, with skeins from indie dyers that you’ll only be able to find there. 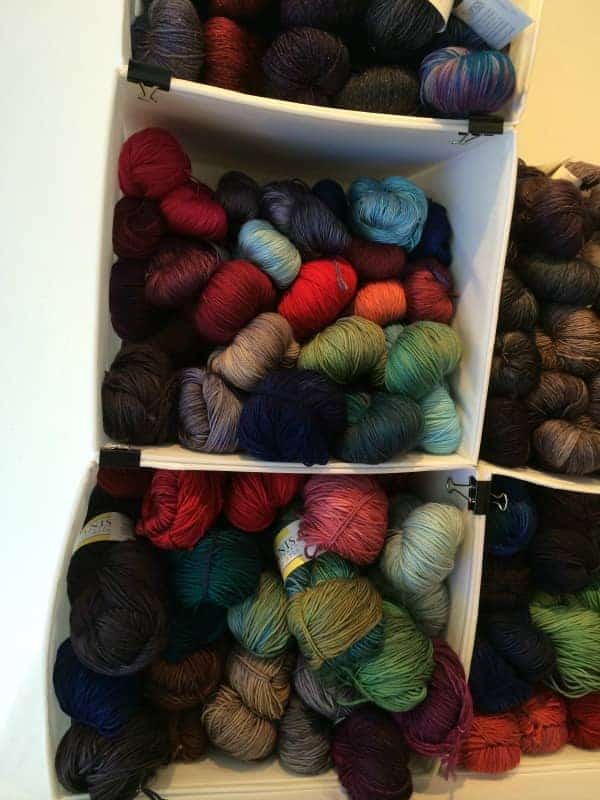 During the opening day Saturday, I ducked in from the rain and humidity and into what looked like an art gallery, but for yarn. There were white cubbies filled with colorful skeins from dyers like Julie Asselin, Western Sky Knits and Hedgehog Fibres, and samples of Michele’s sweater designs artfully hung on the walls. 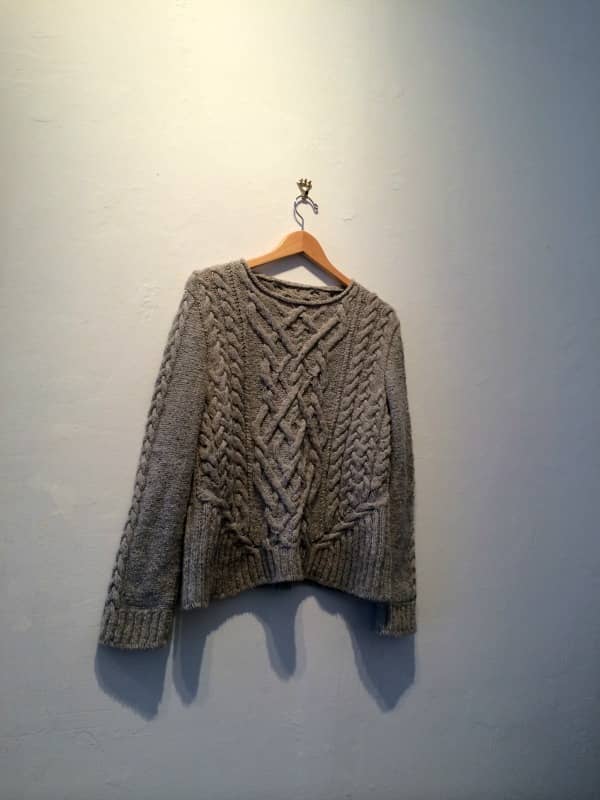 Michele’s Stonecutter, which I faved as soon as I saw it in Brooklyn Tweed.

There are some great shop exclusives, including special “Gauge” and “Tension” colorways from Sleep Season, which Meg from Colorado apparently dyes in crock pots! 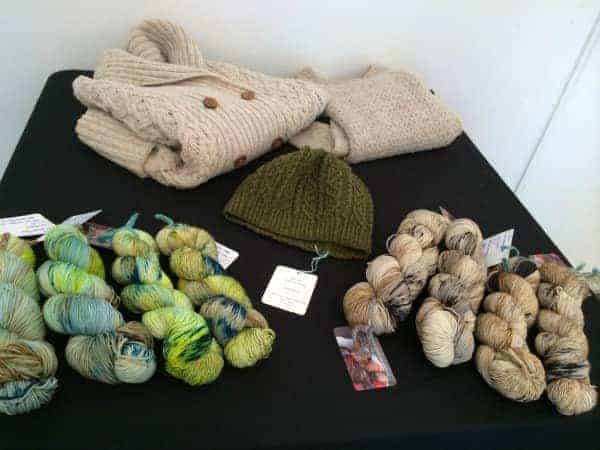 I met up with Maria of Subway Knits, and we also admired the great Quince & Co. collection, and vowed to return after going over our Ravelry faves and deciding on some sweater patterns. We also bumped into some of the Madelinetosh Stalkers, including Yelena, who might have just bought the shop out of their Q&C Owl. 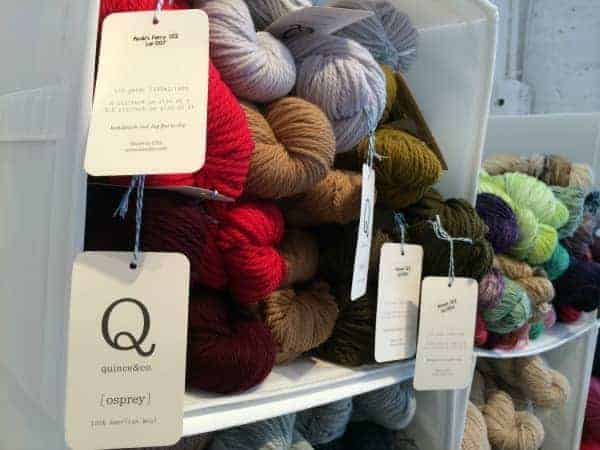 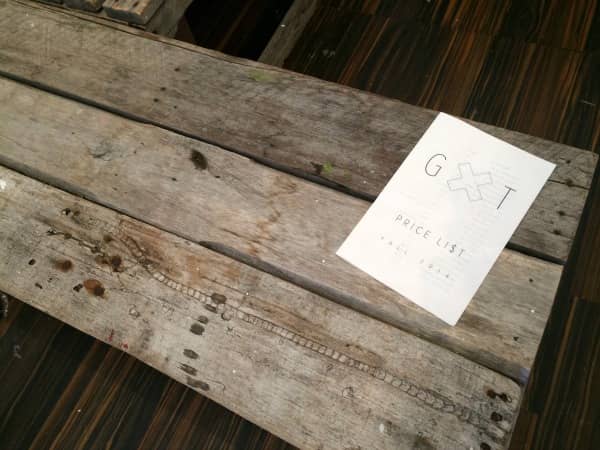 Pull up a bench and knit a while.

And even though it’s temporary, Michele has created such a welcoming atmosphere that the shop almost feels like it could be a permanent fixture.

If you happen to be traveling to Rhinebeck and are bookending your trip with a weekend in NYC, I highly recommend stopping in. There’s also plenty to see and nom on in the vicinity — brunch at Five Leaves, pierogi at Krolewskie Jadlo and ice cream at Van Leeuwen.

Oh, and don’t think for a second that I made it out of there without some yarn. While there’s no question I’ll be back, my inaugural purchase was a skein of WSK Willow Sport in the Earthen colorway, which I’m thinking will make a fantastic cowl or hat. 2 thoughts on “A peek inside Gauge + Tension”