What to stash this week: Plant the seeds for Peperomia 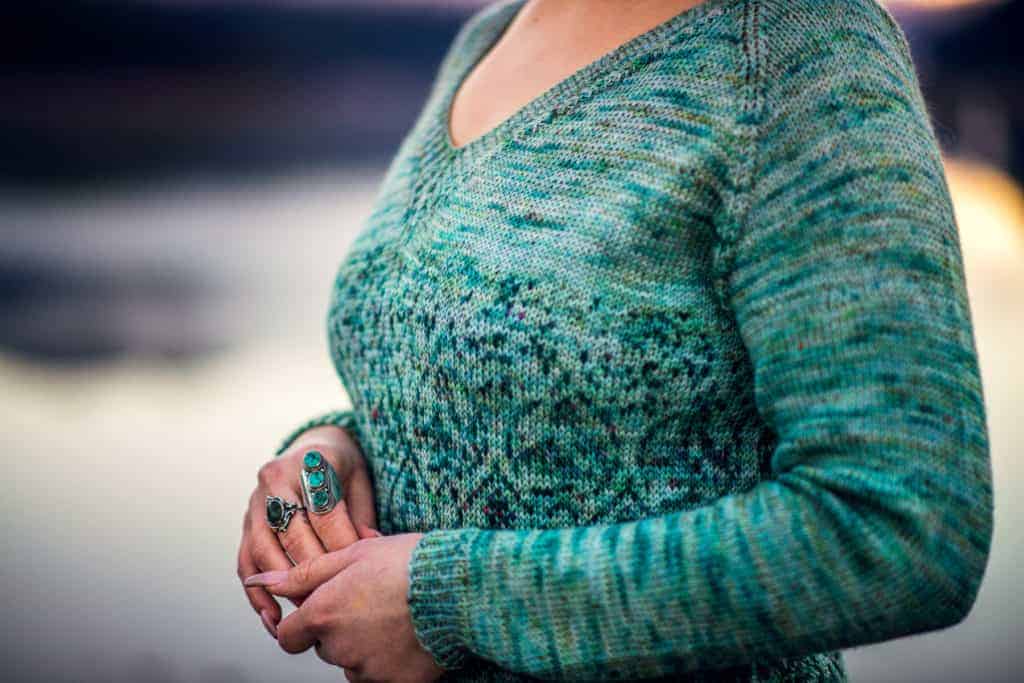 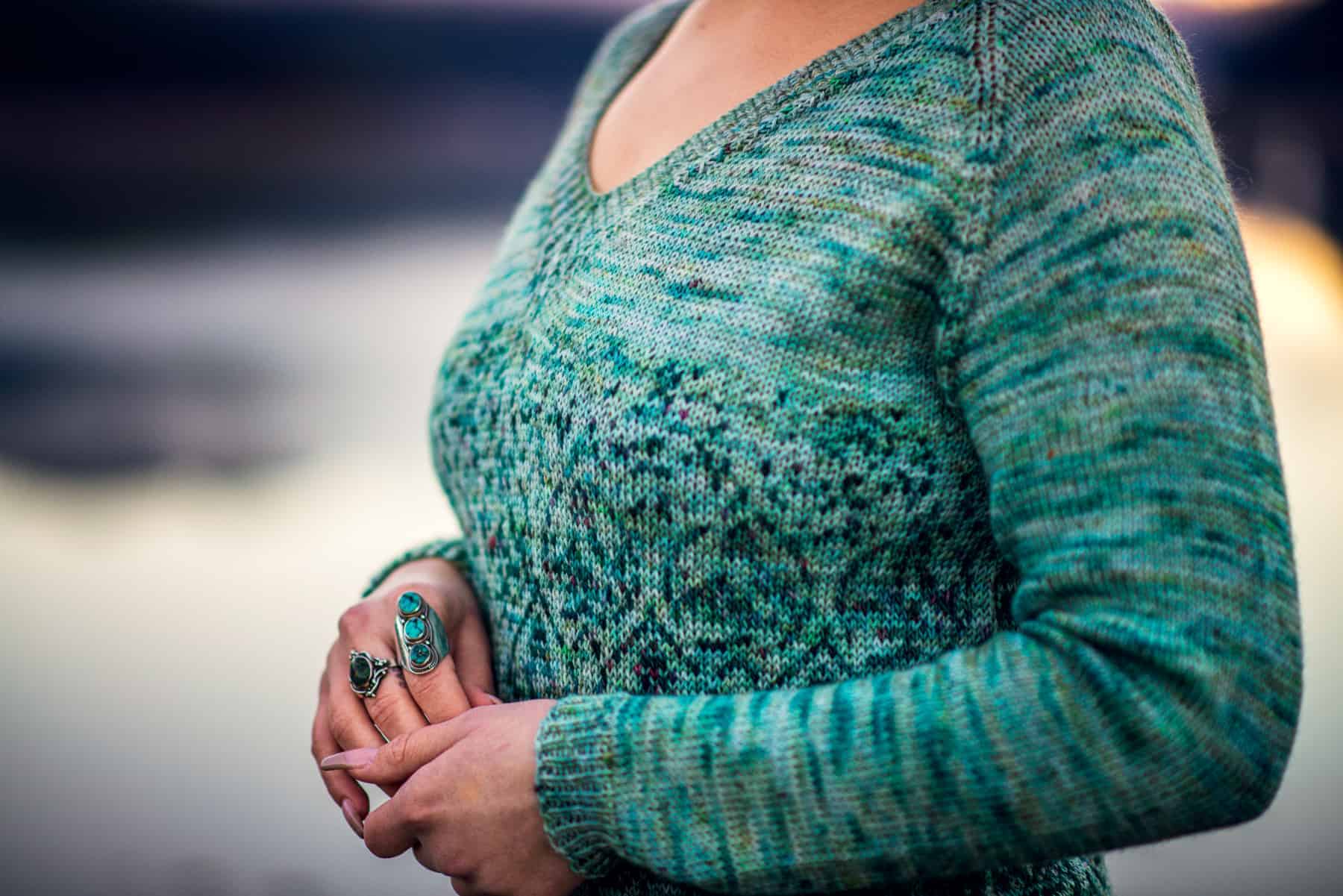 Peperomia is a new sweater design from Abbye and Selena of Wool & Pine that is inspired by walks through the beautiful deciduous forests of the Pacific Northwest, where they’re based. The colorwork motif starts at the hem and depicts the leaves that cover the forest trail, breaking apart before returning to the soil. You can preorder Peperomia and receive a digital ”Pattern Prep Pack,” which includes charted and written instructions for the colorwork motif so you can start swatching, and then get the pattern in your inbox when it goes live on February 25.

And then, there’s the yarn… Karen of Miss La Motte has created two color combinations: Celadonite and Blue Spruce, pictured in the stunning photo above, captured at Alouette Lake in Golden Ears Provincial Park in British Columbia, and Spruceforest and Evening Sunglow, a bolder look. Both color combos are available to preorder on Indie Untangled through this Sunday. 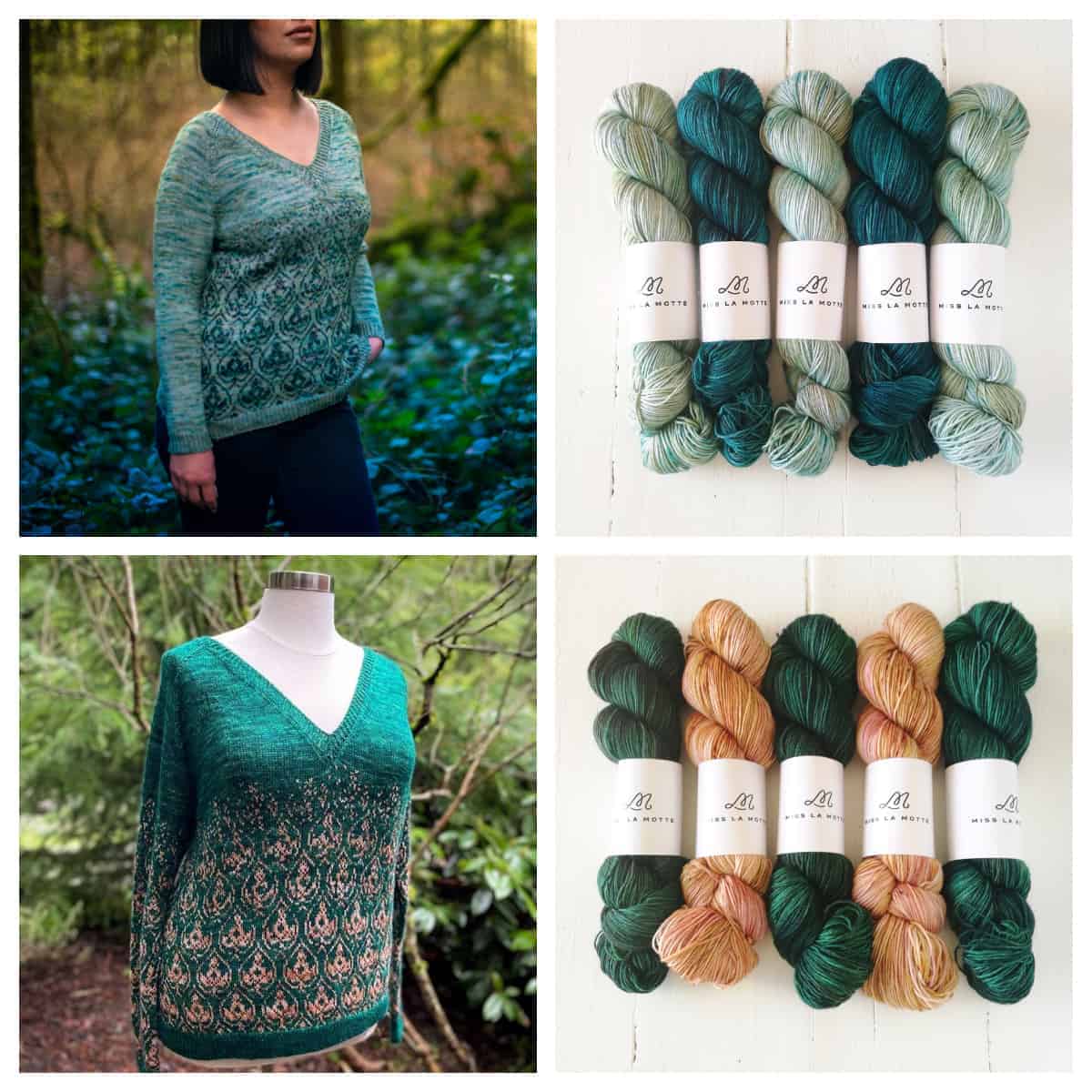 Because I had so much fun chatting with Abbye and Selena in October, we’re going to get together again on Sunday, February 28 at noon Eastern, along with Karen, to celebrate the official release of Pepperomia! You can add the session to your shopping cart when purchasing your yarn or register separately here. 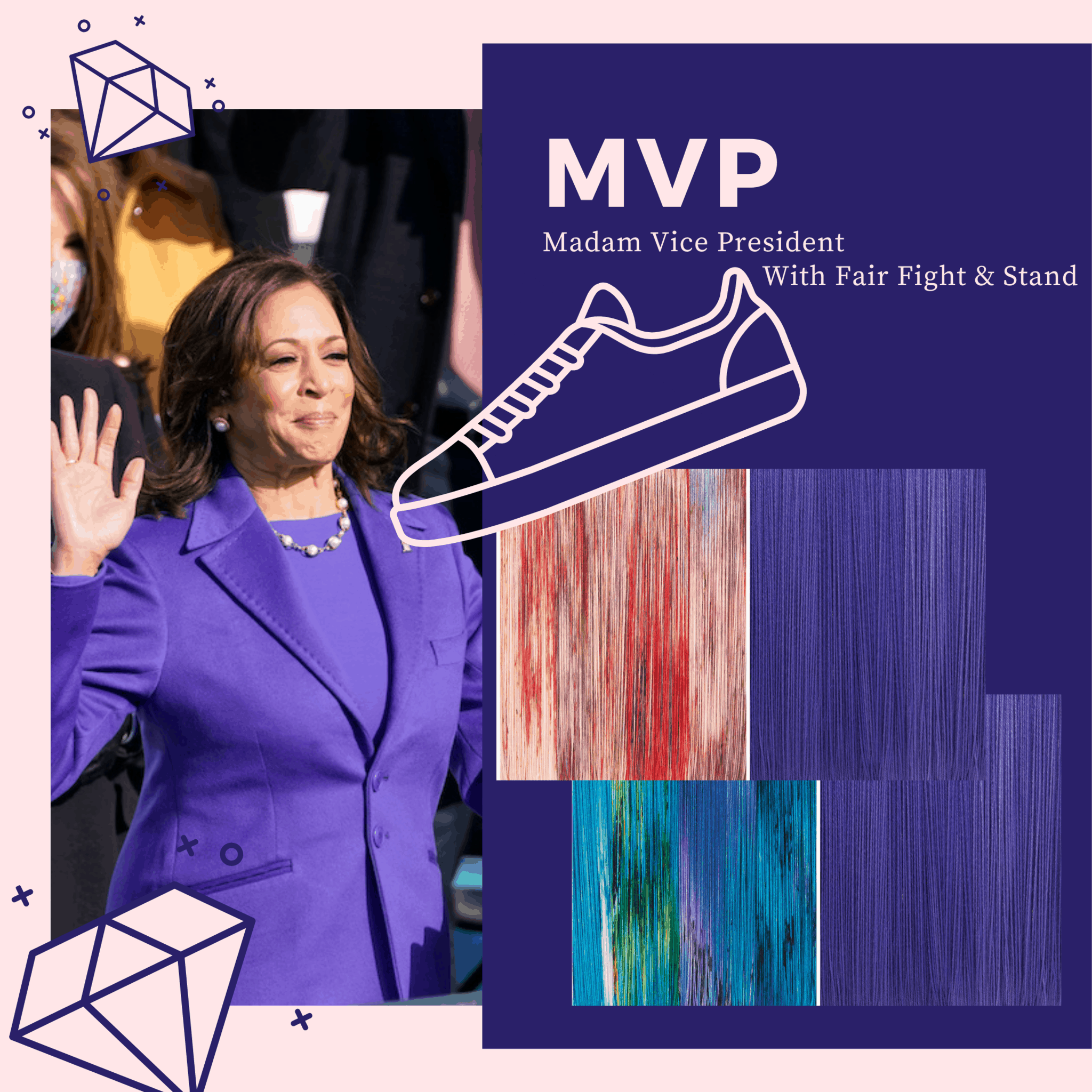 Janis and Christen of Queen City Yarn have created a new colorway, Madam Vice President, MVP, inspired by Kamala Harris. They recommend combining it with the rereleased Fair Fight and Stand, two of their charity colorways. $10 from each skein sold of the former colorway is donated to Fair Fight, an organization founded in 2018 by Stacey Abrams to address voter suppression in Georgia and Texas, and $10 from the each skein of Stand sold is donated to Heal Charlotte, a community engagement organization in North Carolina. 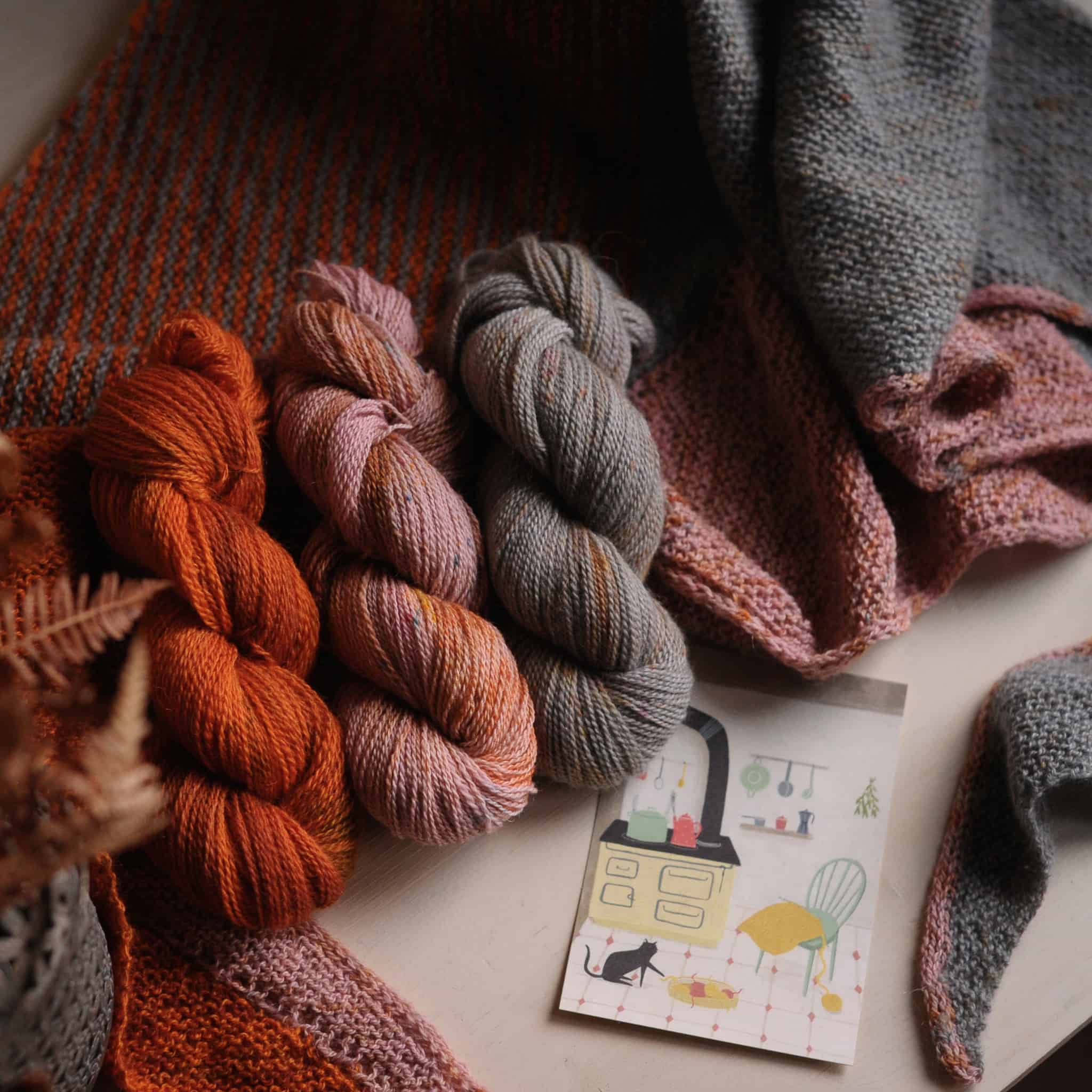 Giulia and Stefania of Lanivendole are starting off the new year with a sale. Select bases and colorways, such as A Chic Blend and The Twisty Chic, as well as some kits, are available at a discount starting today at 7 p.m. Central European Time. 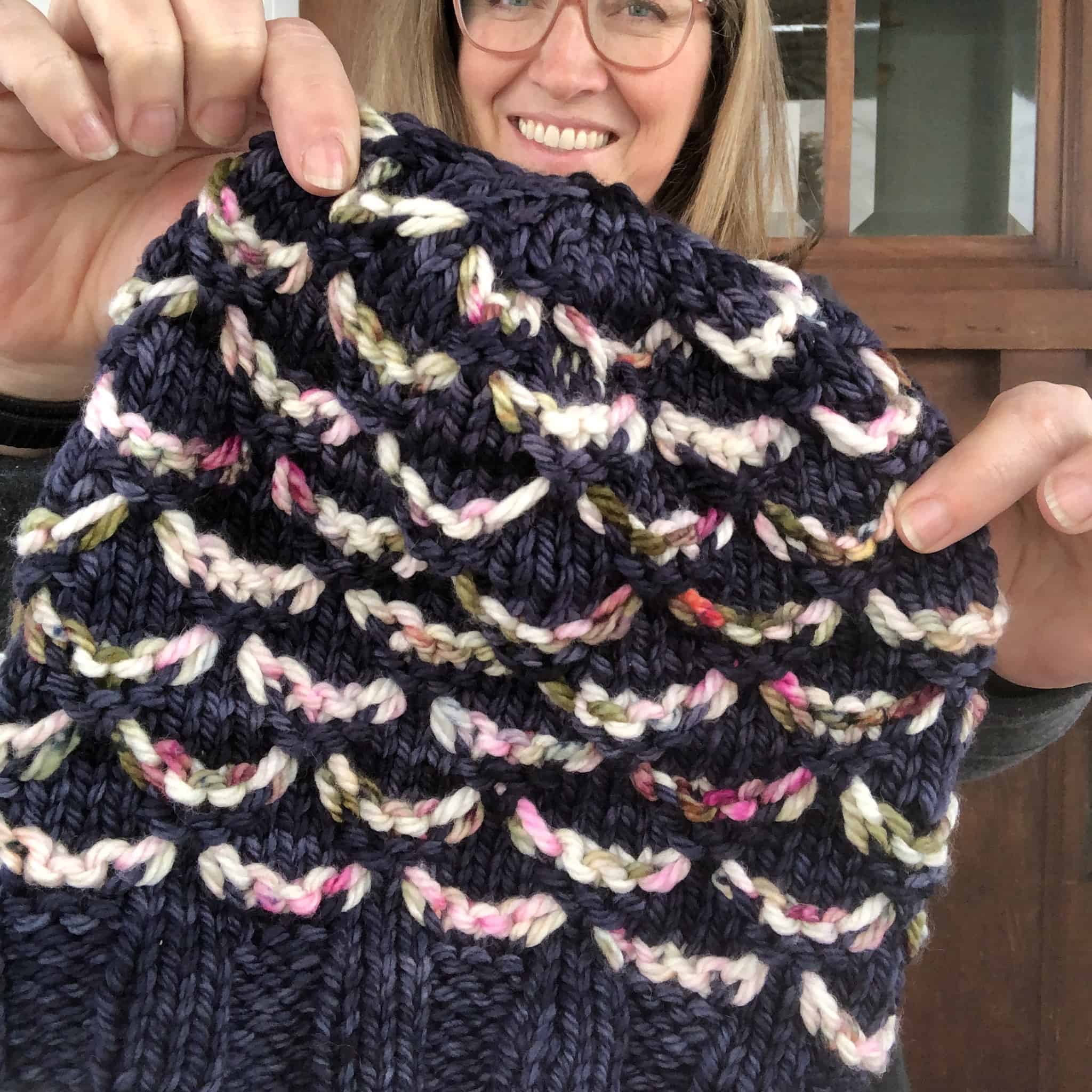 Heather of Sew Happy Jane has picked out some color combos for the the quick and cheerful Chain Link Hat and Cowl pattern by Marin Melchior (she used the colors Dusk and Sunday Morning for her project). 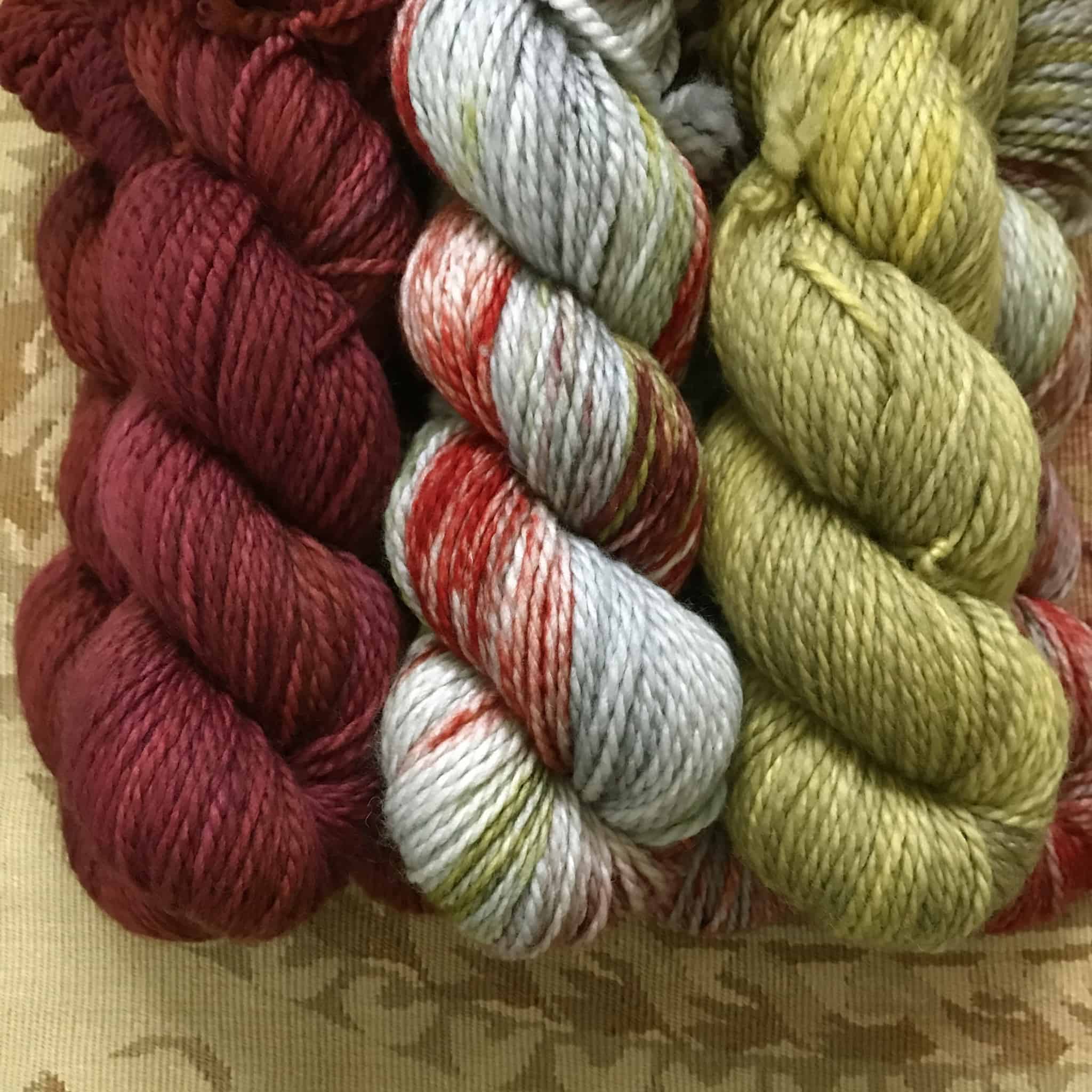 Debbie of Murky Depths Dyeworks has updated her shop with a small reserve of Nautilus BFL Aran, a Bluefaced Leicester Superwash that is only spun twice a year and is perfect for winter knits. 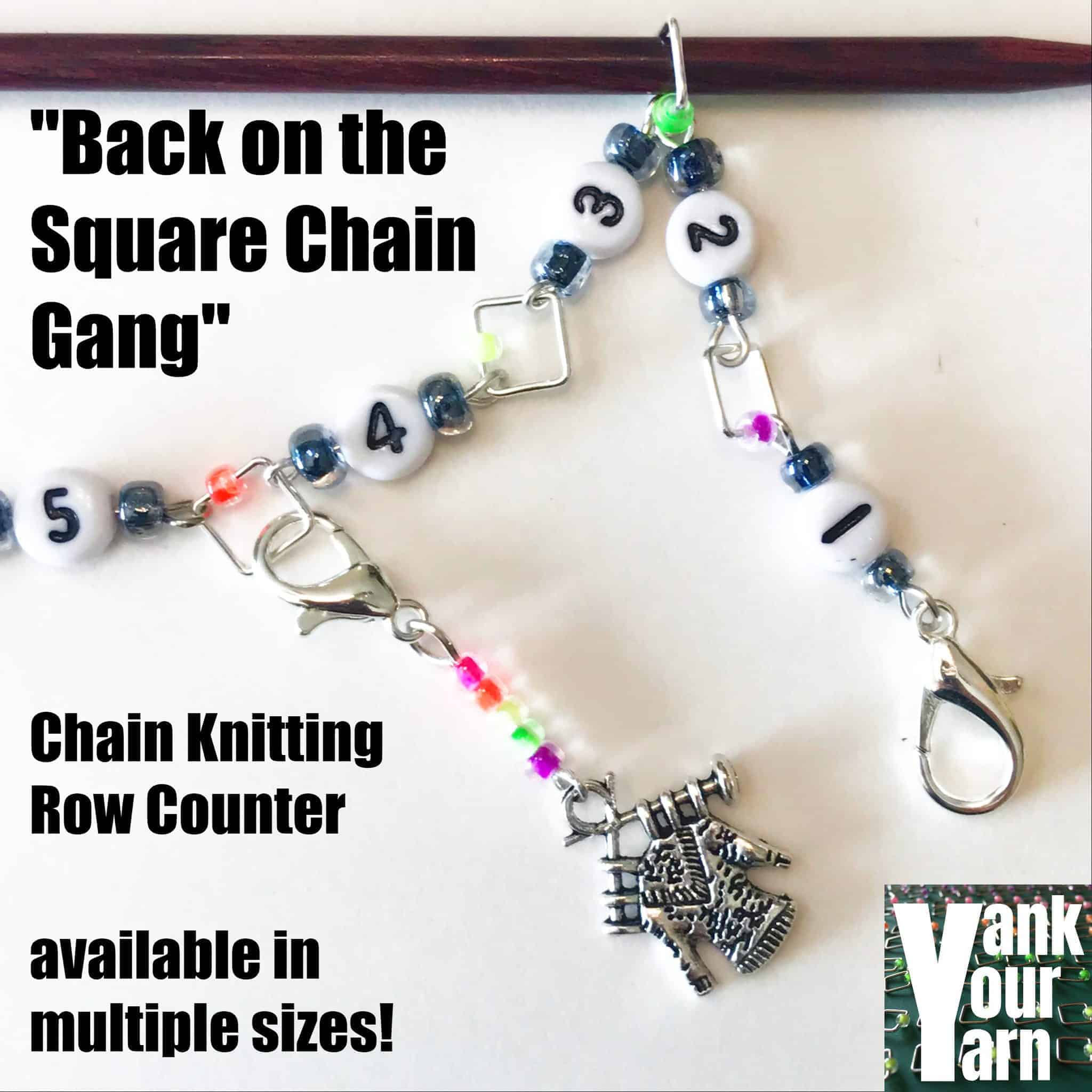 Bonnie of Yank Your Yarn is channeling Chrissie Hynde of the Pretenders with her new Chain Knitting Row Counter, which features square markers and which you can also wear as a totally tubular bracelet. 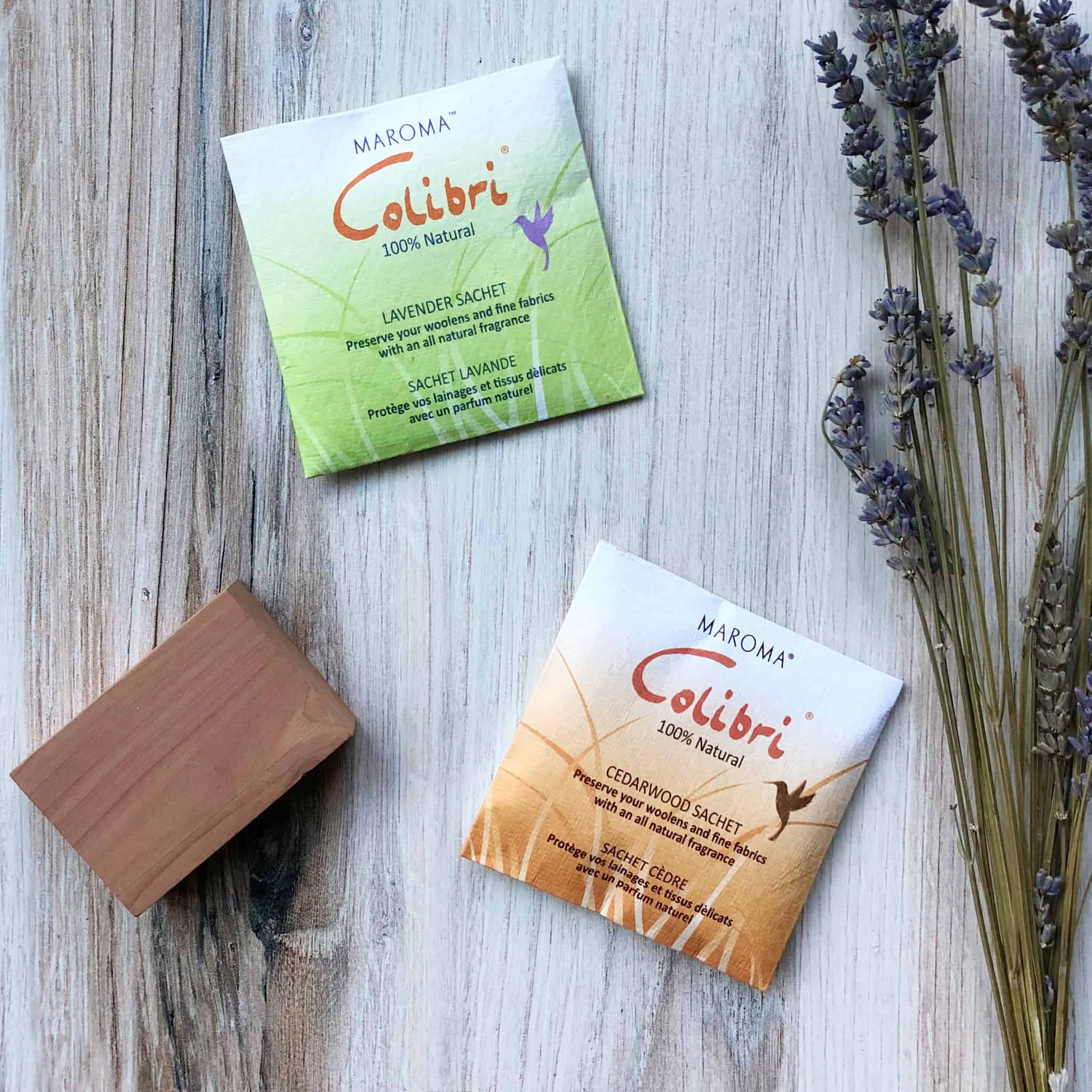 Last year, while I was knitting with yarn from Rebecca of the sadly-closed Fuse Fiber Studio, I couldn’t stop smelling it. I had to ask her what wool wash she used, and she revealed that she stored her yarn with these lavender and cedar sachets. I recently went online to replenish my supply and discovered that I could buy them for my shop!

The company adheres to Fair Trade policies to create their products, including these sachets, which are formulated with natural essential oils and packaged in handmade paper. Get at least one of each scent for each of your yarn storage containers! 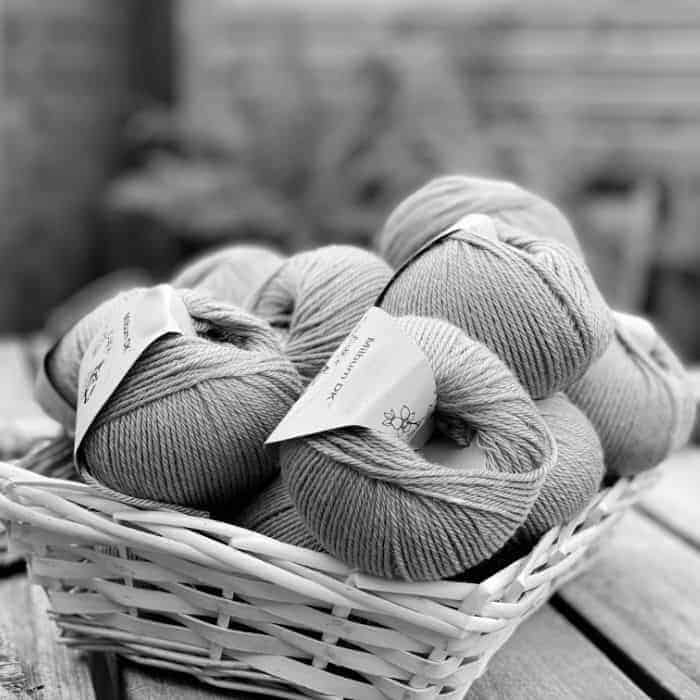 Victoria and Co. of Eden Cottage Yarn are unveiling their newest Milburn colorway today in their newsletter and on social media. They’re also updating the shop today with Oakworth DK, a Superwash Polwarth yarn. 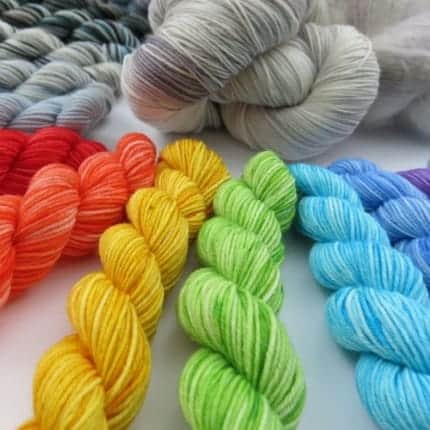 If you missed out on My Mama Knits’ 2020 Surviving the Storm Advent you can grab one of the re-dye sets, available as 24 skeins, or split into the stormy and rainbow halves of 12 mini skeins each. 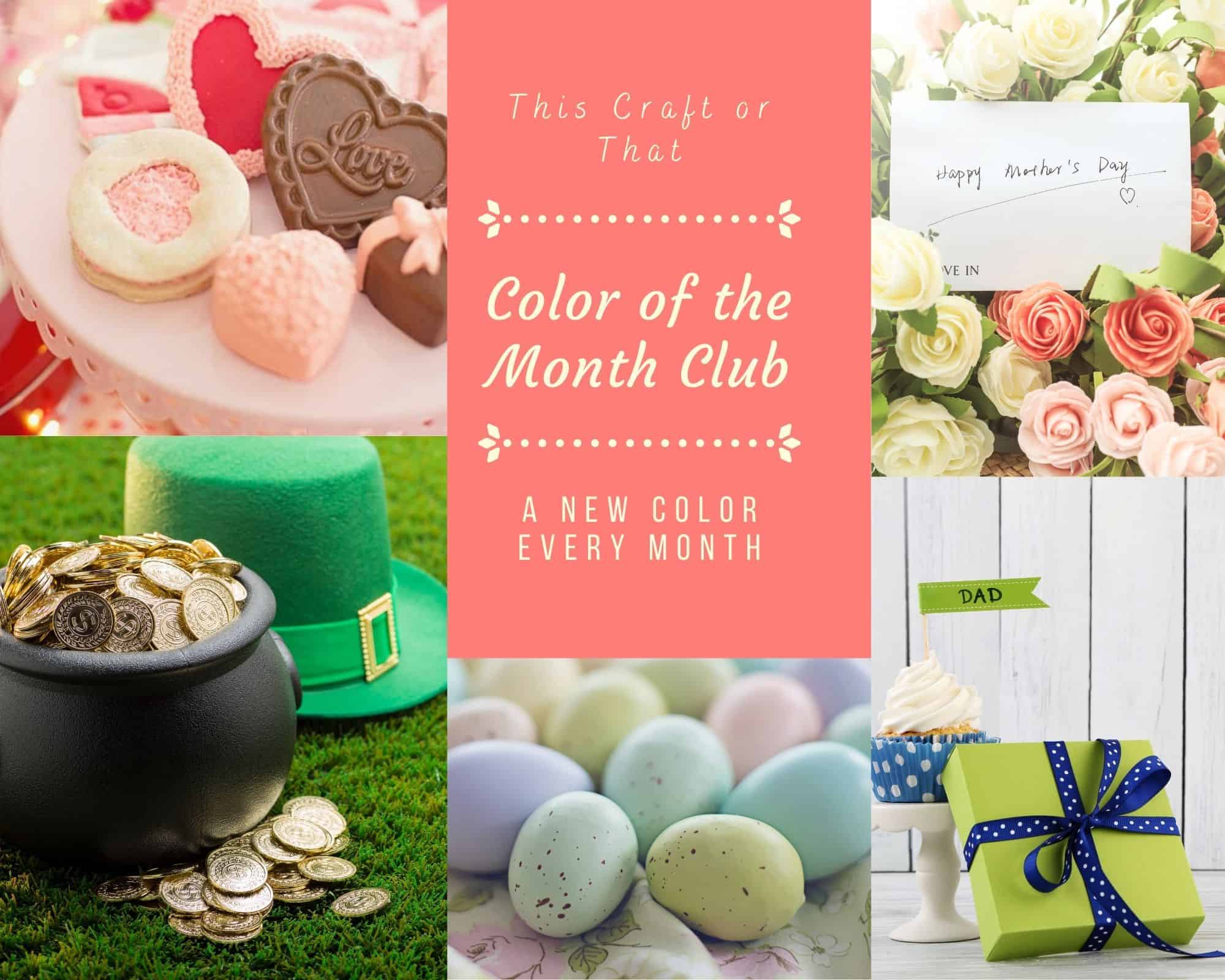 Missy of This Craft Or That has a new Color of the Month Club! Each club-exclusive color is themed around holidays. Packages include a skein of yarn on a choice of two different bases, a small gift and pattern suggestions. 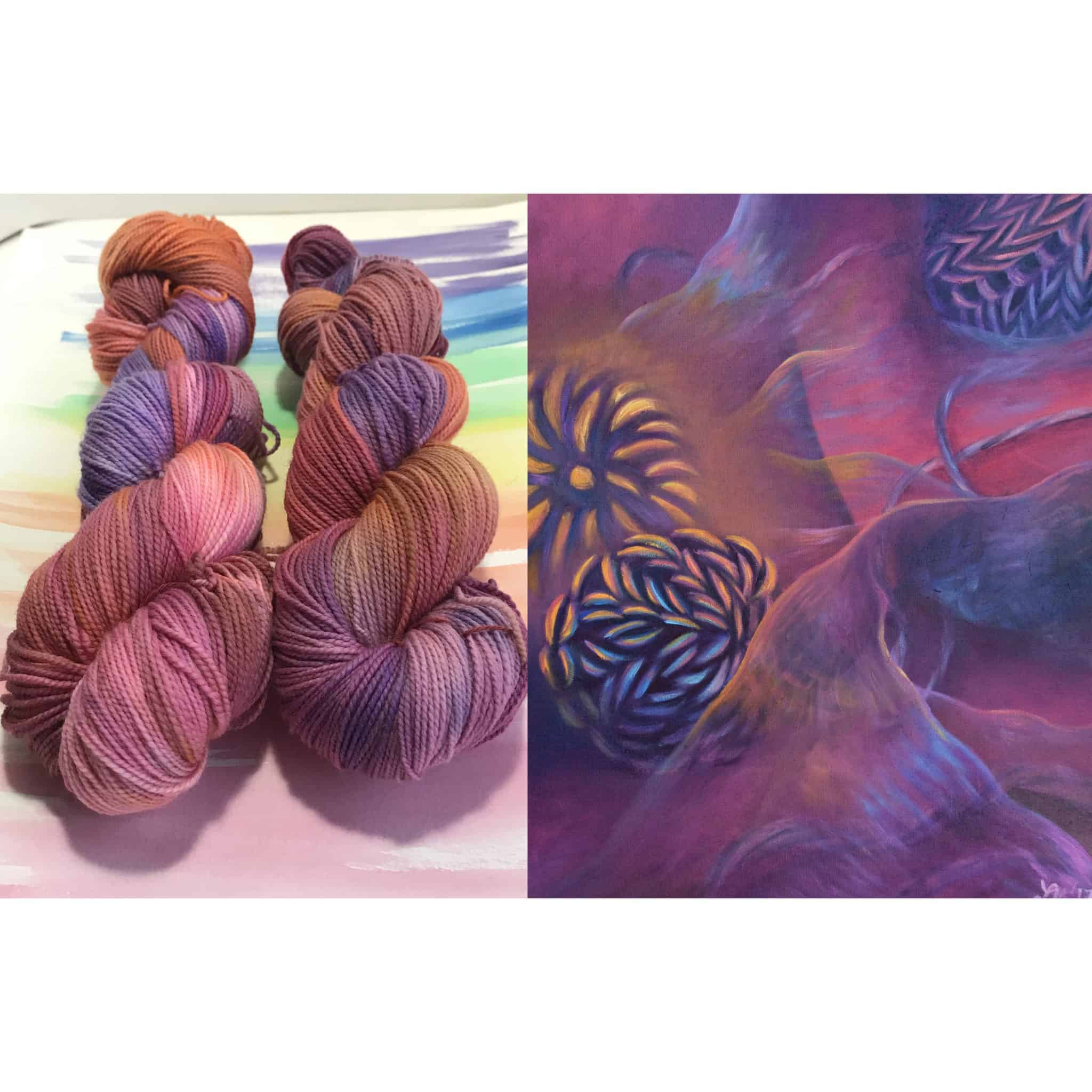 Lisa The Knitting Artist has updated her shop with series of three new colors inspired by her “Tidepool” paintings. There are also a limited number of skeins of her Landscape Near Ampurdan colorway from the Salvador Dali yarn club.

Signups for the Jilly & Kiddles Sock of the Season Club close Monday.

Augusta of adKnits has hoodies for knitters and nature lovers.