What to stash this week: Exploring Alaska 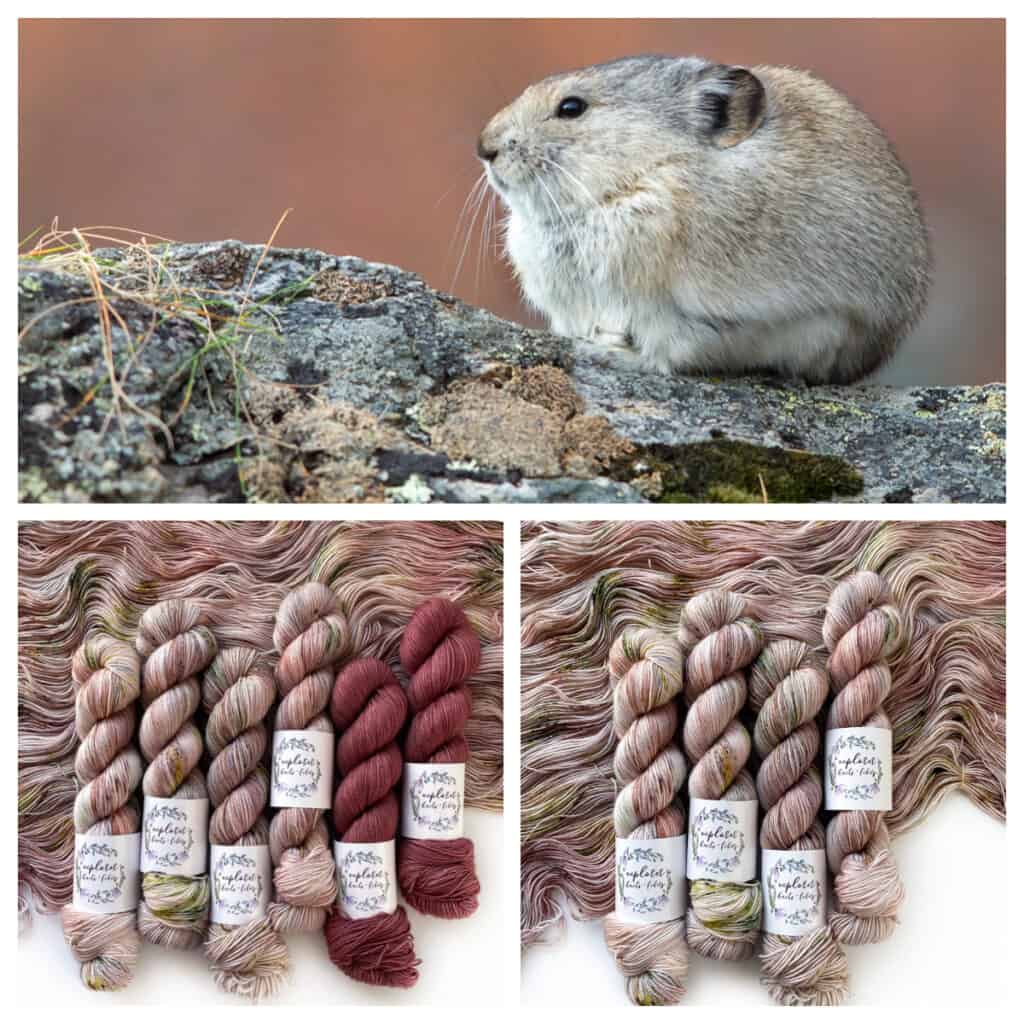 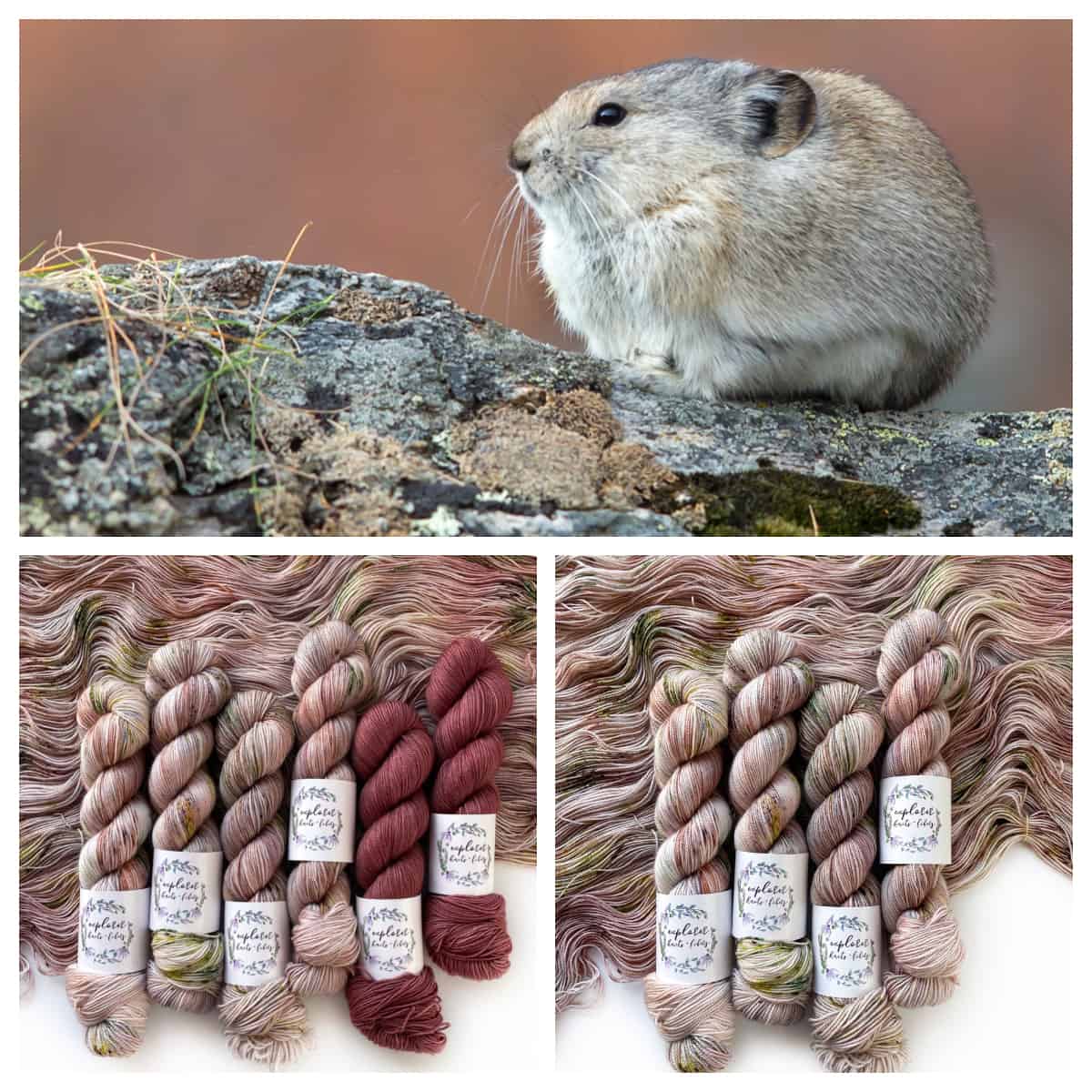 Ali of Explorer Knits + Fibers, who also loves the great outdoors, and donates a portion of every purchase of her yarn to the National Parks Foundation, was the perfect partner for this series and I’m so excited to finally work with her! Ali was inspired by the above photo of an adorable pika spotted along the Savage River Loop Trail at Denali National Park and Preserve in Alaska by wildlife photographer David Turko.Two colorways — the speckled Mountain Floof and a semisolid pink called Rosehip — are available to preorder on the appropriately-named Denali Sock, a blend of 80% Superwash Merino and 20% nylon with a 2-ply twist, through Sunday, October 17, during Indie Untangled Everywhere, the online version. (Read on for more about show fun… and how to win some prizes!) 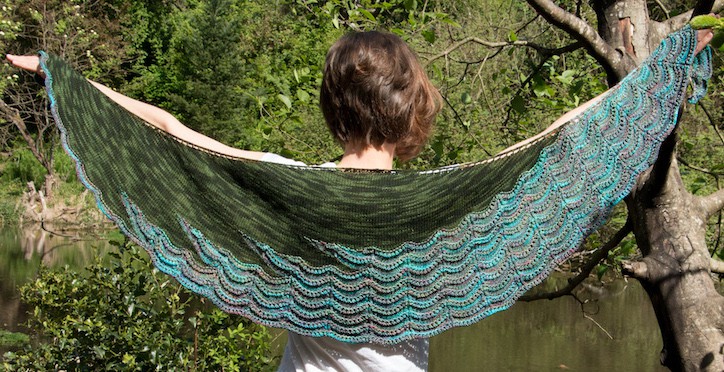 I’ve also been in touch with another national parks lover, designer Theressa Silver, who published her book Knitting Wild in 2019. It features 21 patterns, including shawls, cowls, hats, mitts and scarves, accompanied by descriptions about the place that served as its inspiration and exploring the issues of climate change, habitat conservation and endangered species protection.

You can use Ali’s colorways to knit Theressa Silver’s Here Be Puffins shawl from Knitting Wild, which is also available for preorder from Indie Untangled. 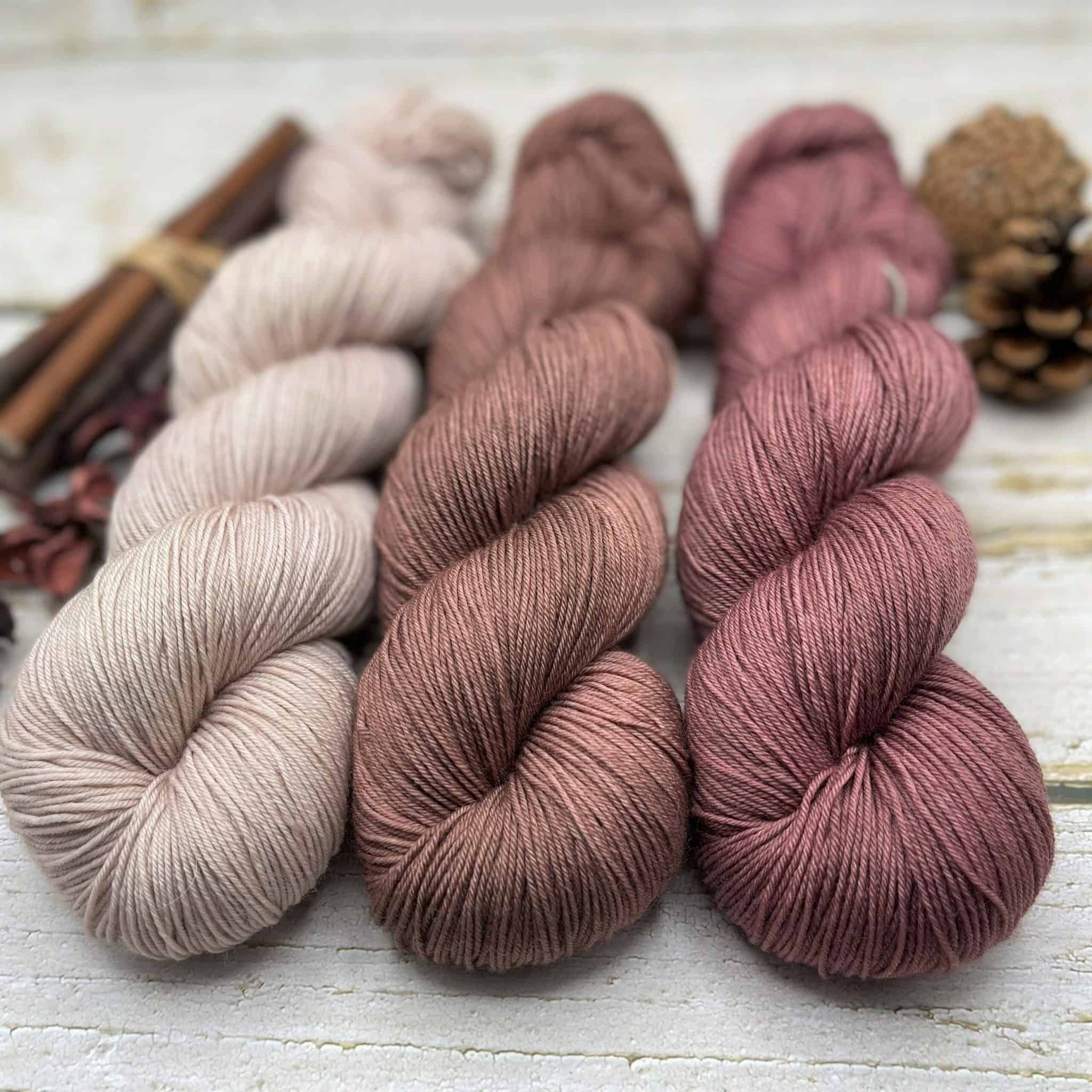 Maureen of Charming Ewe has added new items to the shop, including The Cocoa Collection of solids and tonals. 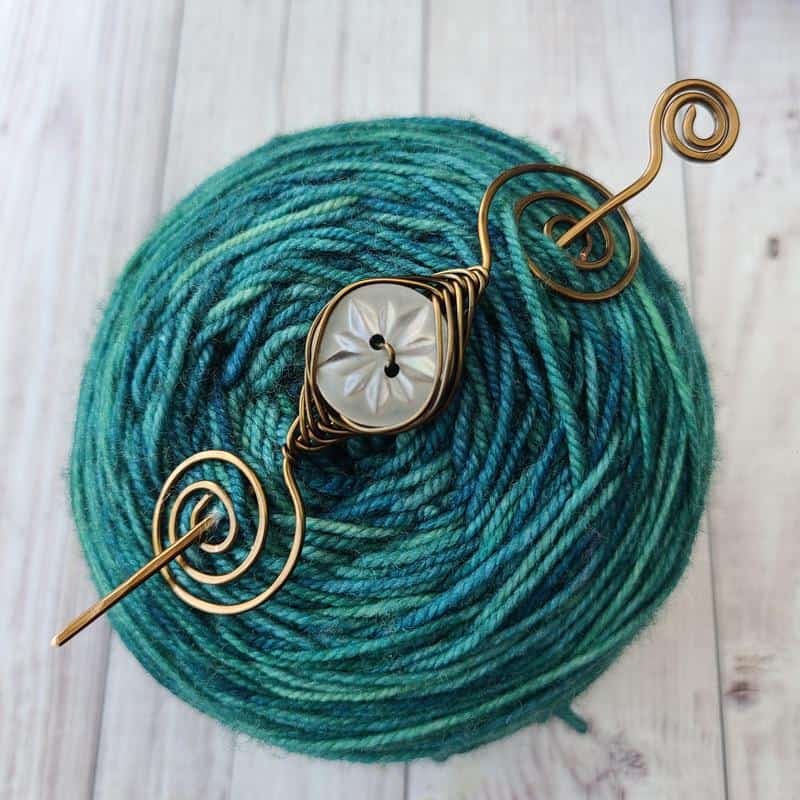 Michelle of Crafty Flutterby Creations has a new line of shawl pins that she crafted with vintage mother of pearl buttons from the 1930s through the ’80s, sourced from a vendor at the Shenandoah Valley Fiber Festival. She’ll be debuting them at SAFF, which is being held October 22-24. 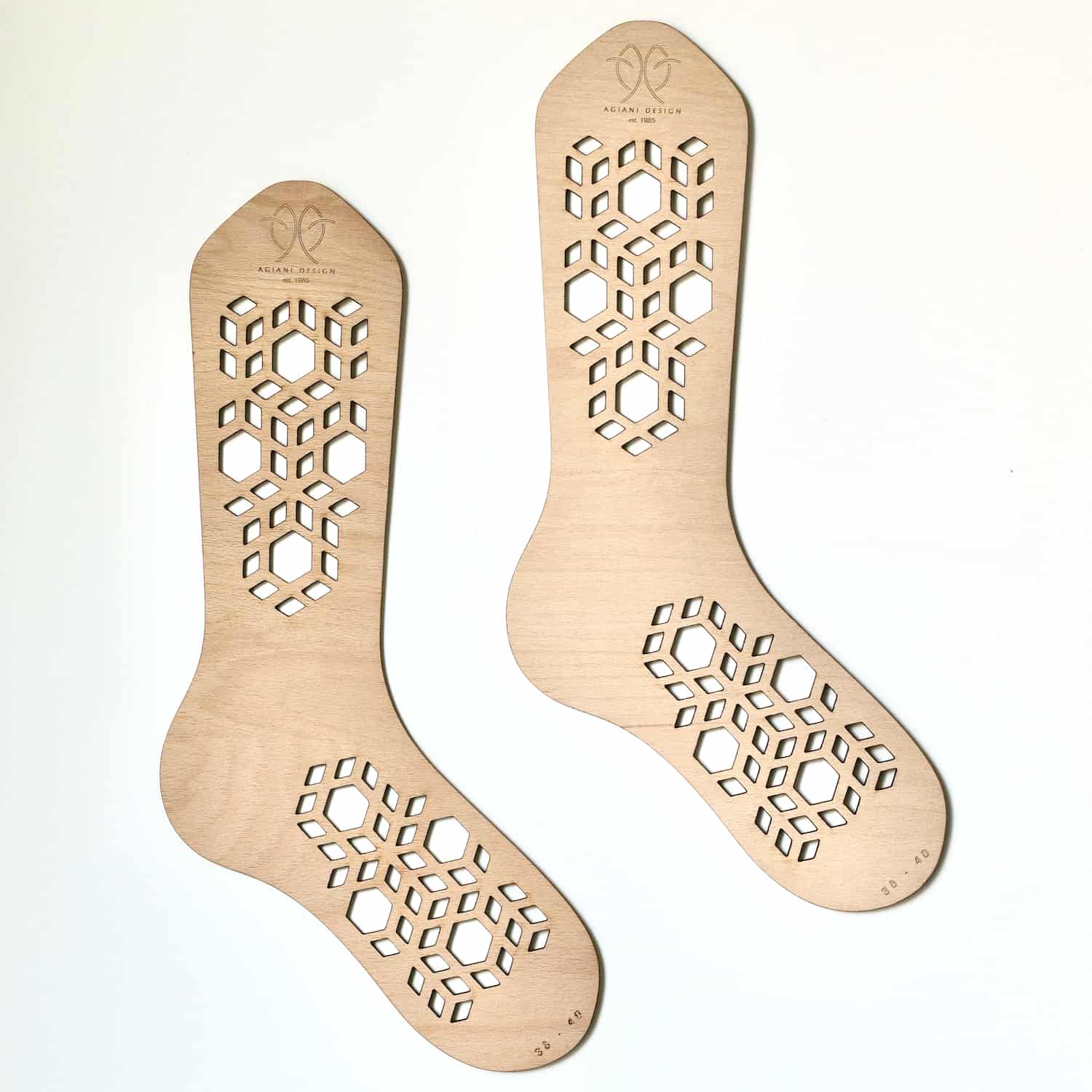 Sara of of La Cave à Laine, an Indie Untangled Everywhere vendor, has curated quite a collection of handy and attractive tools and notions for knitters and crafters, including stitch markers, handmade soap, different scissors, notion kits and more. Above are sock blockers that are handmade in Austria in Austrian beech plywood. 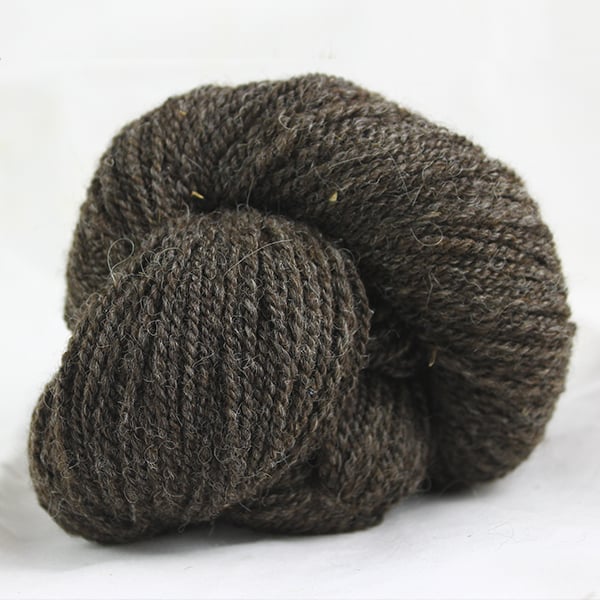 Monica of Gothfarm brought together three different fibers — bay black alpaca, Shetland sheep wool and Jacob sheep wool — to form Terra Preta, a rich brown yarn named after a soil created thousands of years ago by indigenous farming communities in the Amazon Rainforest. It will debut next week at Indie Untangled Everywhere. 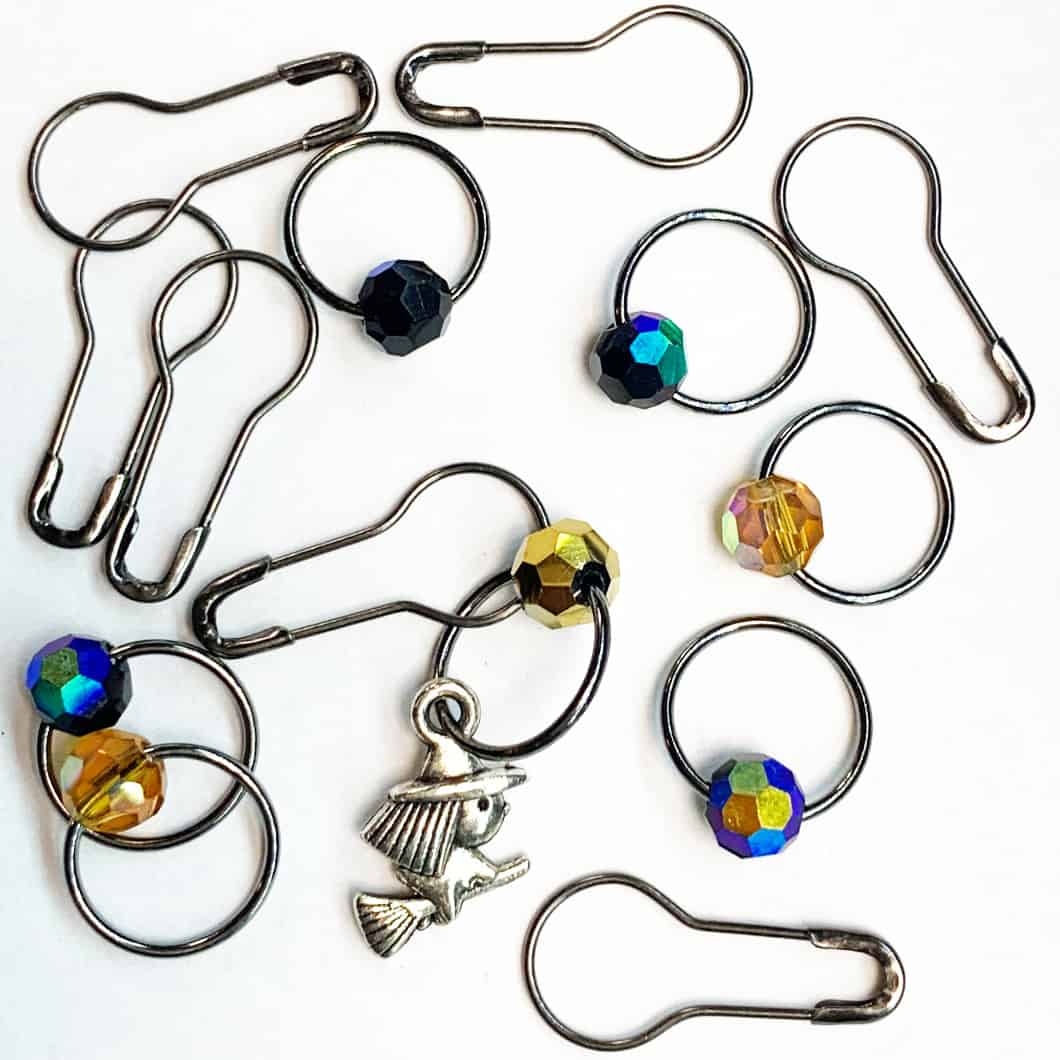 Michele of MAB Elements is marking the upcoming holiday with a Glitzy Witch Stitch Marker Set. It includes seven handcrafted markers made with faceted crystals, including one beginning of round marker with the witch, plus seven plain bulb removable markers that fit up to size US 10.5 knitting needles. 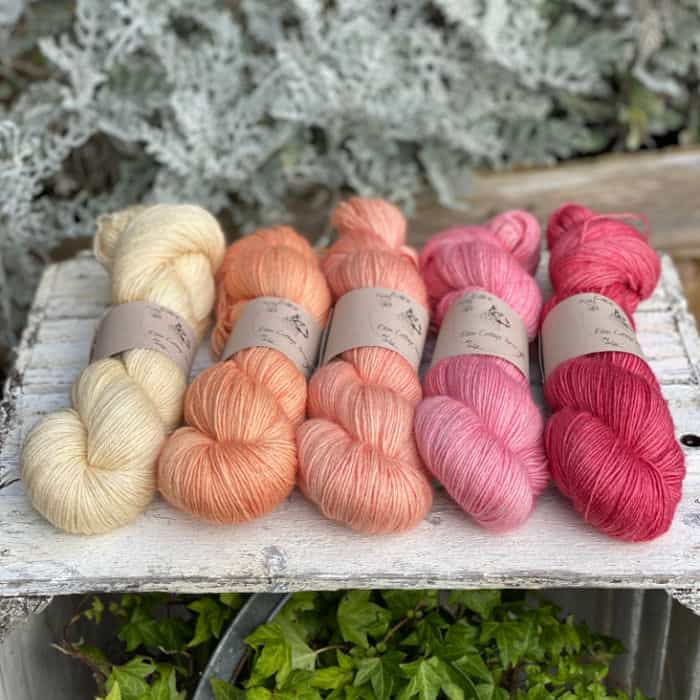 Victoria of Eden Cottage Yarn is back with some shop updates with British wool, including Bowland 4ply and Bowland DK (100% Superwash British Bluefaced Leicester), as well as yarn packs for various patterns, including Andrea Mowry’s Douglas Cardi and the Cumulo sweater by Lili Buce-Chmelko from issue 1 of crochet mag Moorit. 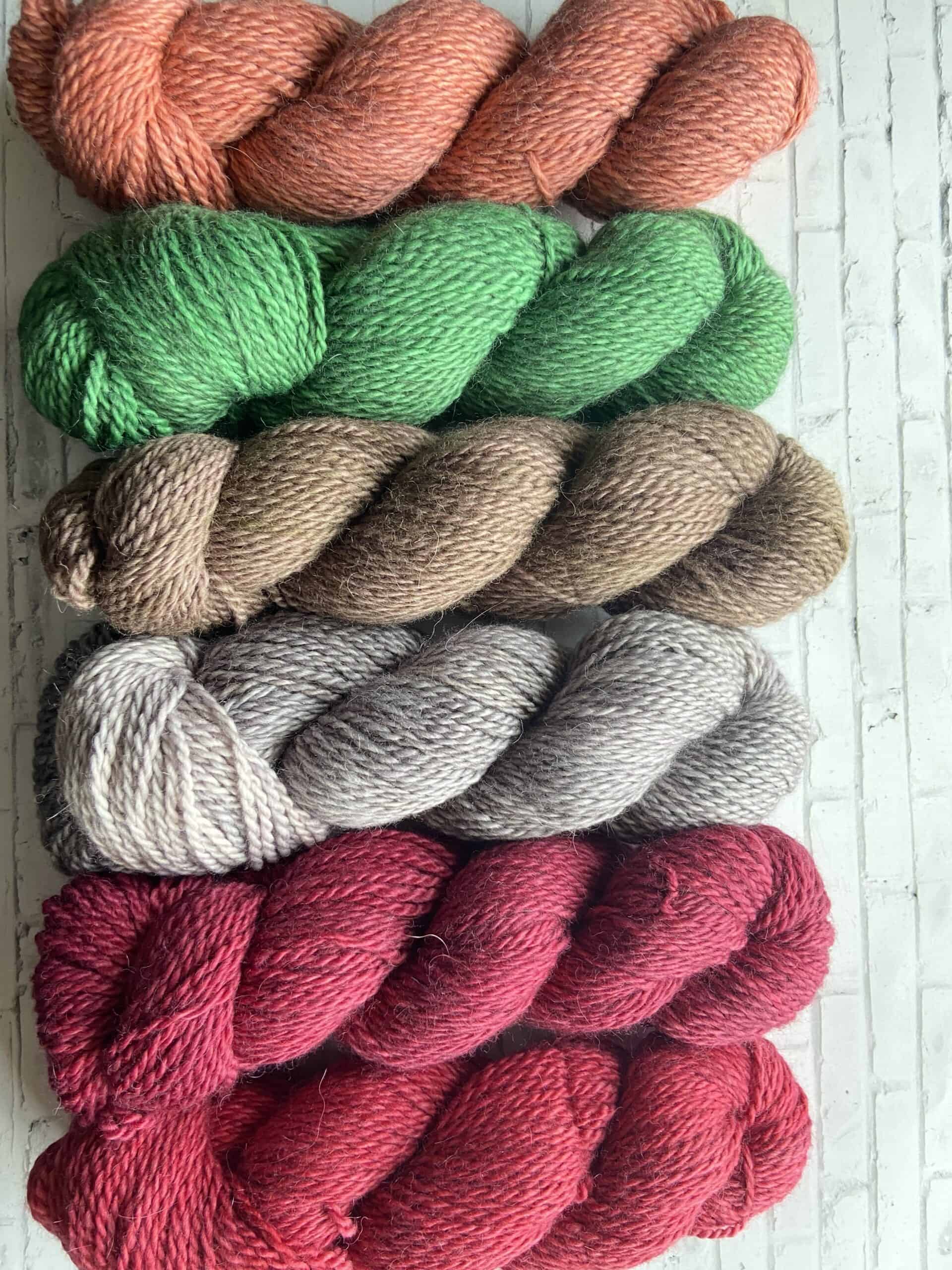 7th Floor Yarn has a new base. Twisted Aran is 50% Fine Merino and 50% Alpaca, with 191 yards per skein, perfect for winter projects. 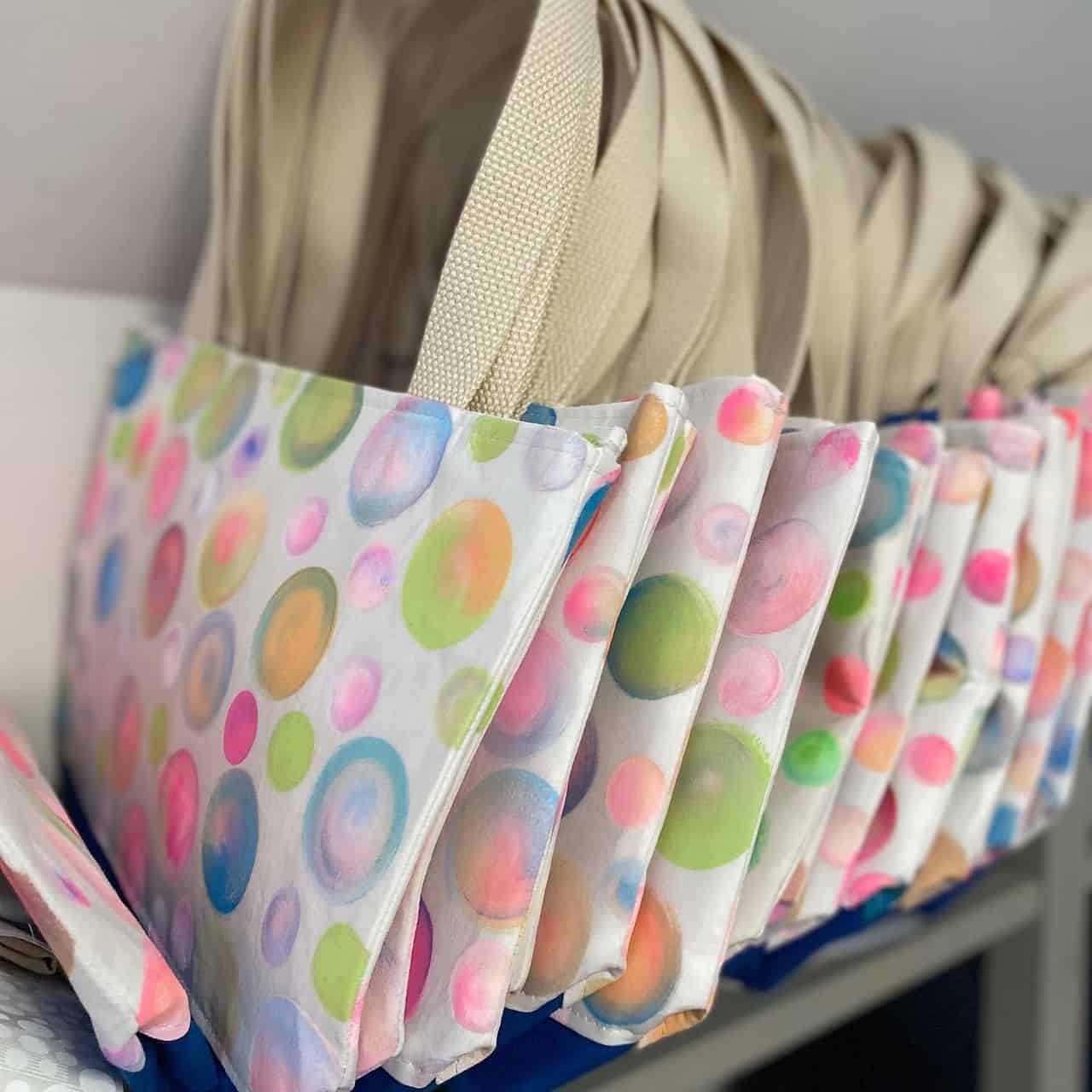 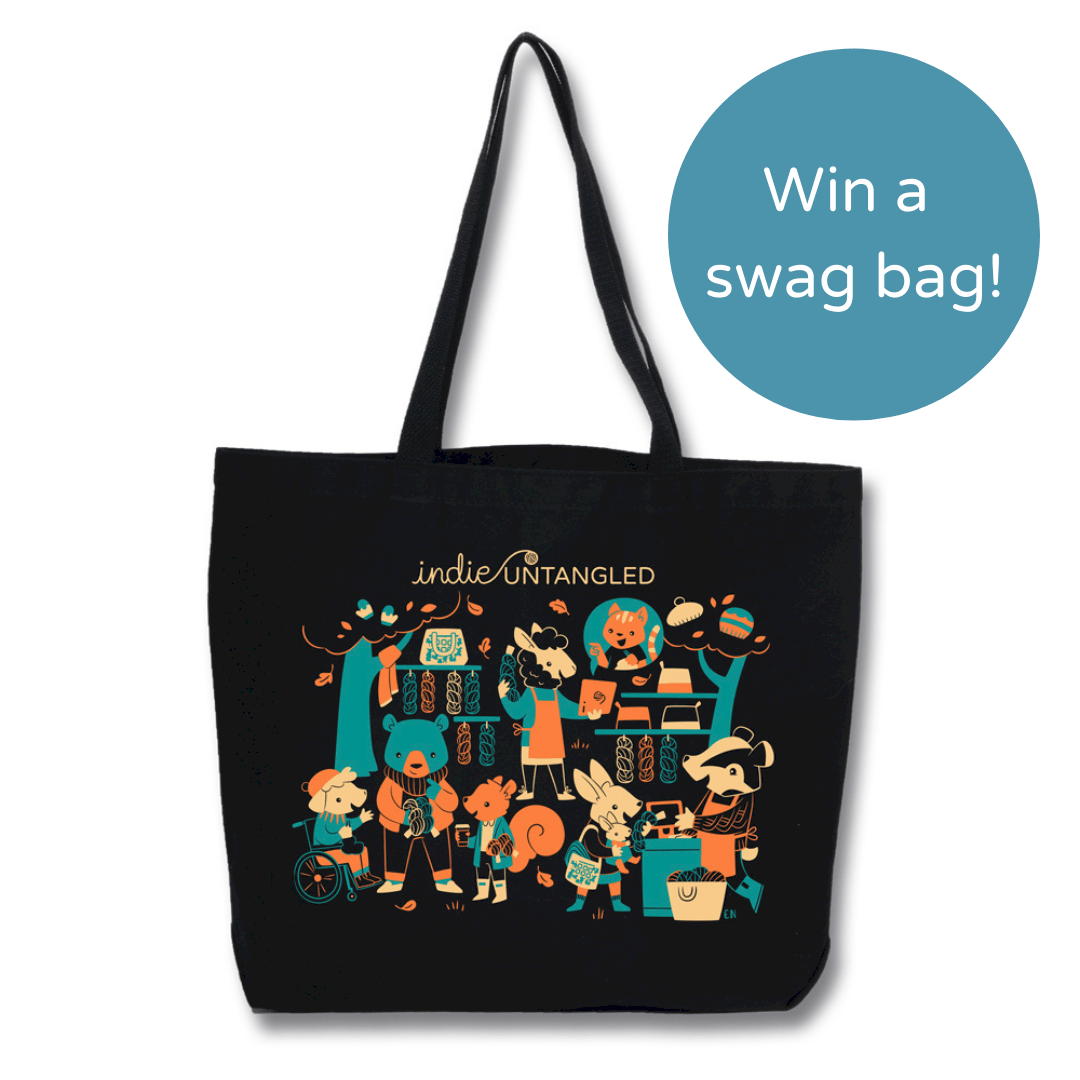